At the center of every bachelor party, there should be a great dinner. This is one of the most important meals you’ll have as a single man, so you want to plan it right.

Think of the members of your party as a band, and the bachelor party weekend as your band’s greatest album. Whether it’s a steak at a high-end bistro or hot dogs over a campfire, the bachelor party dinner is the band’s hit single.

But, like any band mates, groomsmen can screw up the the details, play some bum notes, forget the lyrics, and otherwise ruin the take. Here are the steps to make sure that your bachelor party dinner is a career-defining masterpiece.

Find The Right Place To Record

Just as a band tries to pick the best studio to record its new songs, you must find the best restaurant for your group of friends. Your bachelor party dinner can take place anywhere—from a legendary steakhouse in the middle of Manhattan to a rest stop on the 405. Anything works, as long as it feels right to the people involved.

Just keep in mind what kind of food your guests will eat: don’t go for Philly cheese steak if all your friends are kosher, for example, or make a reservation at an Argentinian restaurant if you hang out with vegans. 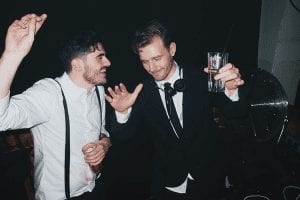 Do A Sound Check First

A performance will suck if the players can’t hear each other, and a bachelor party dinner will suck if the guests have to yell to be heard. You want to eat well, but remember that the highlight of a big dinner isn’t the food: it’s the speeches and the conversation.

If possible, check out the restaurant ahead of time. Large restaurants with stark, unadorned walls, high-vaulted ceilings, and lots of big floor-to-ceiling windows are basically just echo chambers. On the other hand, at ultra-trendy, tightly-packed hot spots, you’ll be forced to listen to other people’s conversations. (You’ll want to take note of how loudly they play their background music, too.)

See if the place has any private rooms you can afford. You won’t have to scream to be heard, but you can be as rowdy as you like without scaring any children or offending any old folks. 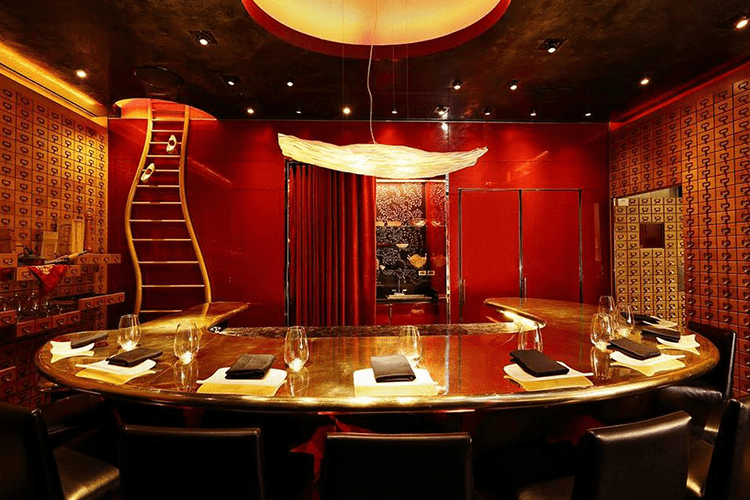 When a band goes into the studio to record, they usually have a pretty good idea of the material they’ll be recording. Your bachelor party should be the same.

Your guests will probably spend at least part of the meal busting your balls. In fact, it wouldn’t be a good bachelor party if they didn’t. You’ll have to grin and bear it. But if there’s something you really don’t want brought up—maybe because your father-in-law is going to be there, for instance, or you’re worried your fiancee will get wind of it—make sure the best man (or whoever you’ve appointed as the evening’s emcee) is aware.

Let The Producer Do His Job

The producer is the guy who shapes the recording process and keeps it moving. At your bachelor party dinner, it will probably be your Best Man who fills the analogous role. The most able best men will take care of everything for you, and if your particular friend is too disorganized or busy to do any of it, another friend will need to step up.

The bachelor party dinner is a collaboration of individuals working together to produce a masterpiece of social interaction. To make this an epic, endlessly talked-about hit, be sure to plan in advance. Then trust your fellow band members.