The Best Advice For Newlyweds

Getting ready for your wedding day is just the start – once you’ve tied the knot, there’s a whole lifetime of commitment to consider. While it will certainly bring you years of love and joy, marriage is also a challenge that is certain to strain your patience from time to time.

As author Fawn Weaver says, “A great marriage isn’t something that just happens; it’s something that must be created.” To help you with this long-term project, we’ve culled some of the best marriage advice, tips and words of wisdom for newlyweds.

“Chains do not hold a marriage together. It is threads, hundreds of tiny threads which sew people together through the years.” – French actress Simone Signoret

“Marriage is hard… Just two people slogging through the shit, year after year, getting older, changing. It’s a marathon, okay?” – Julianne Moore in The Kids Are All Right

“A great marriage is not when the perfect couple comes together. It is when an imperfect couple learns to enjoy their differences.” —  author Dave Meurer 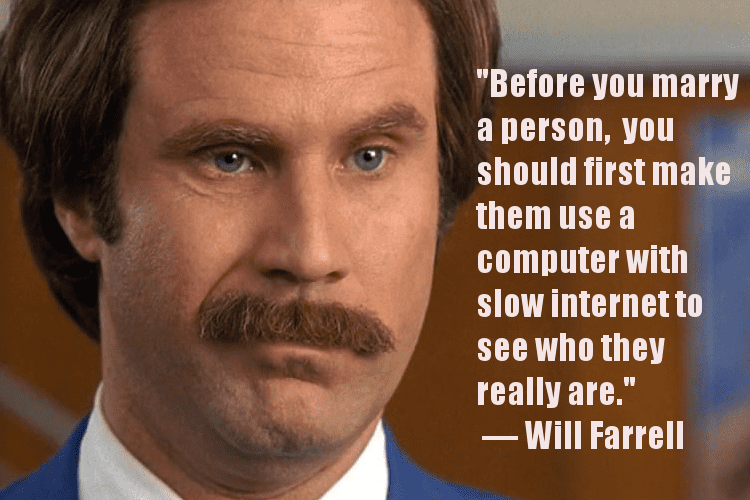 Forbes suggests that newlyweds designate a bill payer and have regular money meetings to make sure saving and spending habits are on the level. While one person should be made responsible for paying the bills, the other should always be aware of what is happening with the finances. 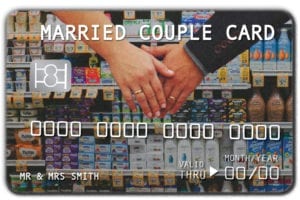 Always answer the phone when your husband/wife is calling. When possible, try to keep your phone off when you’re together with your spouse.

“Have regular times, even if it’s just for 15 minutes, to check in on your relationship and what you appreciate about each other. No talk about kids, schedules, etc. allowed.” — Mary Kay Aide, MS, via YourTango.com.

“How chores and responsibilities are divided in a couple should not be based on equality, but rather on who cares more about the thing and who’s better at it,” life coach Laurie Gerber told The Huffington Post. 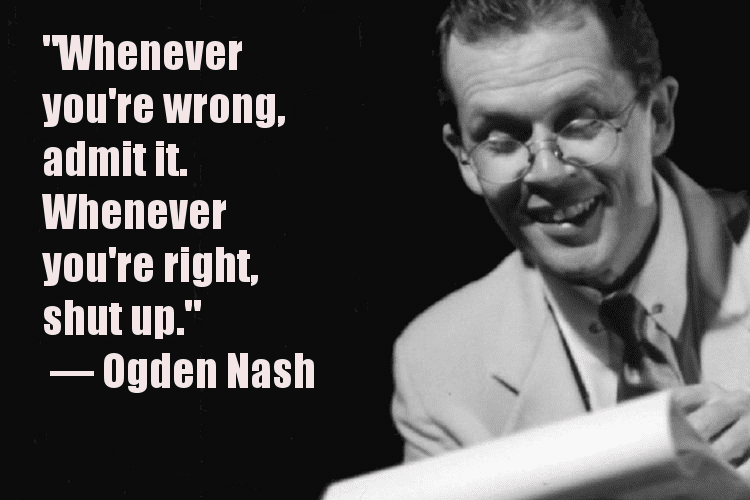 Advice for When You’re Fighting 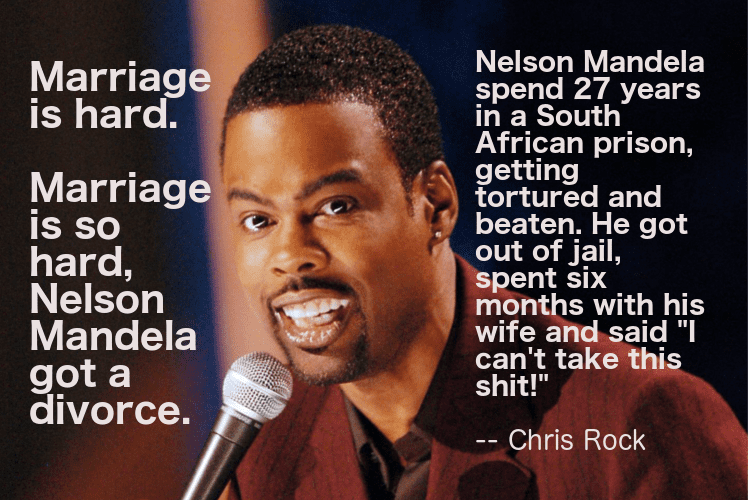 “When you are in denial about your part in the relationship, then you are no better than a child flinging sand at another child in a sandbox. ” — Carin Goldstein, LMFT, via YourTango.com

“I shock couples when I tell them it’s better to go to bed angry than force a make-up before bedtime,” John Gray, Ph.D., author of the Mars/Venus series told The Huffington Post. “When tensions arise in a relationship, her hormones encourage her to talk more, but his hormones are designed for fight or flight — not a good combination when both of them are already tired.”

Marriage researcher Dr. John Gottman believes humorous “repair attempts” — gestures to reach out to one another to diffuse tension in the midst of conflict — are the most effective. This could be anything from making a funny face or getting naked mid-argument.

“No matter how bad the fight, how frustrated you are, look for something to be thankful for in your spouse. It will help calm you and give you a second to clear your head.” – Reddit user Inconspicuously_Here.

“In every marriage more than a week old, there are grounds for divorce.  The trick is to find, and continue to find, grounds for marriage.” – Robert Anderson, author of Solitaire & Double Solitaire 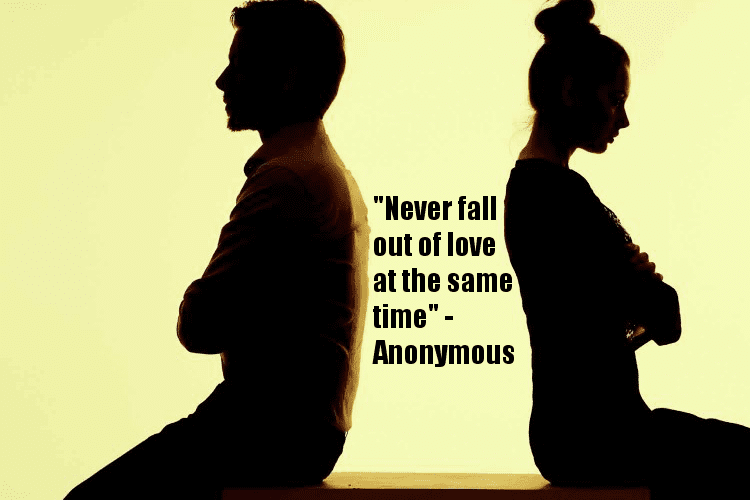 Advice for Keeping Your Marriage Strong 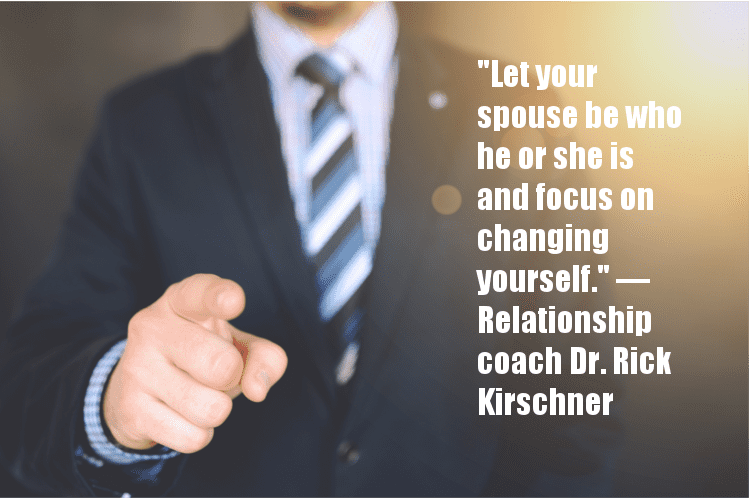 “The happiest marriages are made up of two people who are engaged in separate passions, separate pursuits and who are wholly engaged in something beyond their partnership,” Iris Krasnow, author of The Secret Lives of Wives: Women Share What It Really Takes To Stay Married series, told The Huffington Post. “They know that counting on someone else to make you happy is a ticket to divorce.”

Watching movies about romantic relationships will likely make your marriage last longer. A 2014 study published in the Journal of Consulting and Clinical Psychology found that discussing films about relationships can cut the divorce rate of newly married couples in half. 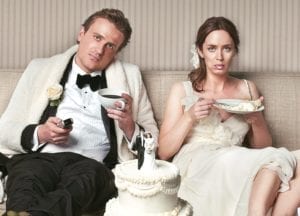 “Always have each other’s back in public. Never belittle your spouse. Have all the disagreements people normally do, but let the world know you two are best friends,” Brides.com wrote.

“Love your partner for who they are. Be curious about the things that are hard for them, be open to what they’re interested in, and strive to fully accept the person they are, even if some of the things they do drive you crazy.” – Jessica Adler

Always think of “us.” A study from the University of California, Berkeley found that couples who use the word “we” and “us” during conflicts were better able to resolve arguments and suffered less stress from those arguments, compared to couples who used words like “I,” “me,” and “you.”

“The difference between an ordinary marriage and an extraordinary marriage is in giving just a little extra every day, as often as possible, for as long as we both shall live.” — author Fawn Weaver

“Look in my opinion, the best thing you can do is find a person who loves you for exactly what you are. Good mood, bad mood, ugly, pretty, handsome, what have you. The right person is still going to think the sun shines out of your ass. That’s the kind of person worth sticking with.” – J.K. Simmons in Juno

“See problems — boredom in the bedroom, lack of conversations, resentment — as symptoms and treat those symptoms just as you would treat a chronic illness that seemingly has no cure.” – relationship coach Alisa Bowman, via YourTango.com.

“People often have a regimented idea of when they want sex to happen, especially in a long-term relationship,” Dr. Laura Berman, sexual health expert, author, and host of In The Bedroom with Dr. Laura Berman, told Huffington Post. “But a midweek quickie could be just what you need to stay connected with your partner and in tune with your sexuality (not to mention, it’s just plain fun).”

“Hold hands, rub shoulders, hug, kiss, give high-fives or even fist-bumps or bottom pats. When you give a quick hug or kiss, try to lengthen it to at least 5 or 10 seconds for more effective results!” — Lori Lowe, MA, via YourTango.com.

“You don’t need to be on the same wavelength to succeed in marriage. You just need to be able to ride each other’s waves.” – author Toni Sciarra Poynter