How To Avoid Having Your Wedding Show Up On Reddit

The web can be a great resource for planning your wedding. A number of sites (like the one you’re reading right now) offer invaluable ideas and tips and help make everything easier to pull off. But if you need a guide for screwing up a wedding, there’s only one place to turn: Reddit.

Millions of Redditors post on the site every minute of every day. Their feverish activity is rewarded with upvotes, Reddit Gold, front page status and other highly sought-after Reddit prizes (all of which have zero real-world value.) The site has around 90,000 active message forums. Topics can be wholesome, like knitting and natural beauty. Then there’s also tons of pornography and forums fit only for free speech absolutists that we won’t link to.

We’re talking Reddit here, so sometimes it’s hard to say why people post certain things. But generally, they love shaming people. Calling out questionable choices in fashion, behavior, and spectacle can make for great posts. And weddings can offer a lot of great shame material.

While forums like /r/weddingplanning, /r/wedding, /r/advice and /r/geekweddings offer sincere guidance and ideas accounts of wedding experiences, forums like /r/trashy, /r/cringe and /r/funny exploit weddings for laughs. You’d be wise to give them a scroll.

We’ve broken down the wedding planning choices that land people on Reddit. If you’re considering anything you see below, proceed with caution. Your special day could be someone’s source of one-liners and upvotes.

Dial Down Your Inner Redneck 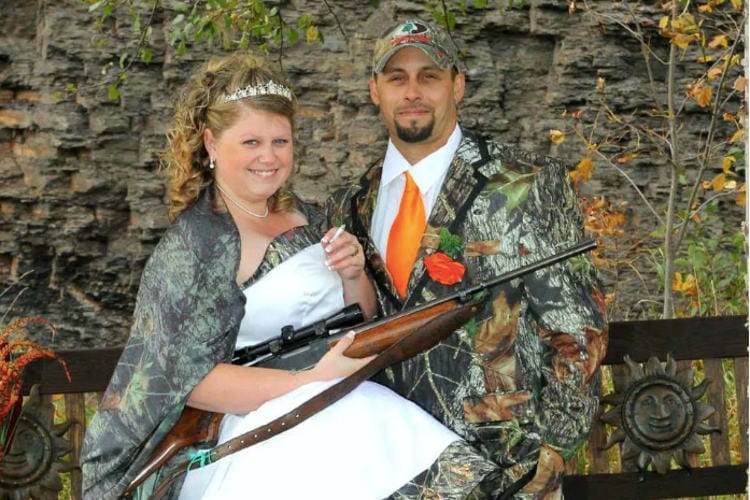 Redditors loves ripping on redneck culture in general, ready to channel Jeff Foxworthy on /r/trashy.
Does the camo trim on your bride’s dress match the camo of your suit? Or was her dress modeled on the Confederate flag? Is your ceremony taking place in the middle of a Walmart?  Did you pose for pictures in front of a pickup rolling coal, prompting a poster to wonder if the mother in law and mother are the same person? Did you say “I do” in the bed of a monster truck? Then you might just be a redneck getting married.

Everybody likes movies, TV and video games. Weddings can often seem stuffy and overly formal and mixing in references to pop culture can inject some much-needed fun. But don’t go overboard. A touch here and there is fine. Just don’t go full Pokemon wedding. Watching Pokemon is fine. Having the wedding party dress up and play-act as anime fighting monsters before the bride break into a Pokemon song during the ceremony is plain bizarre. As one Redditor put it, it was “cringe gold. Hall of fame.”

Don’t Take Your Guns to Gown 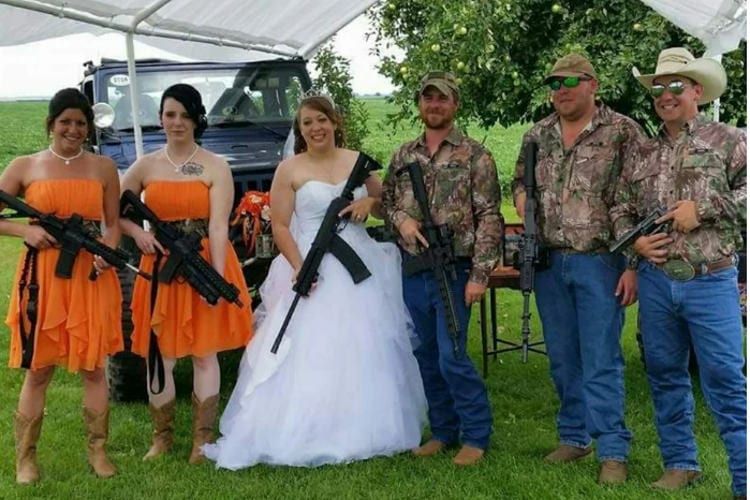 When people incorporate firearms into their weddings, Redditors react with a mixture of horror and glee that makes for insanely popular posts. And while simply posing with guns like this couple or this bridal party, getting married at a gun range or using shotgun shells in a boutonniere get attention, firing off rounds during a wedding really gets a spotlight. This bizarre video of a bride blasting a pistol into the sky before a man in a tux returns fire not only resulted in certain hearing loss for nearby guests but hilarious Reddit comments. The top comment is crass—“nothing like a hot shell between your tits”—but pretty much impossible to argue with.

Be Careful With Music And Dance Choices

This independent-minded free spirited bride felt confident enough in her sensuality to happily strut down the aisle to the tune of Buck Cherry’s ode to complicated sex pots,“Crazy Bitch.”  As Redditors noticed, she seemed oblivious to her guests’ shock and disapproval. But while people were appalled, at least no one was injured, which you can’t say about the groom who attempted a backflip during a wedding dance and knocked out his bride. 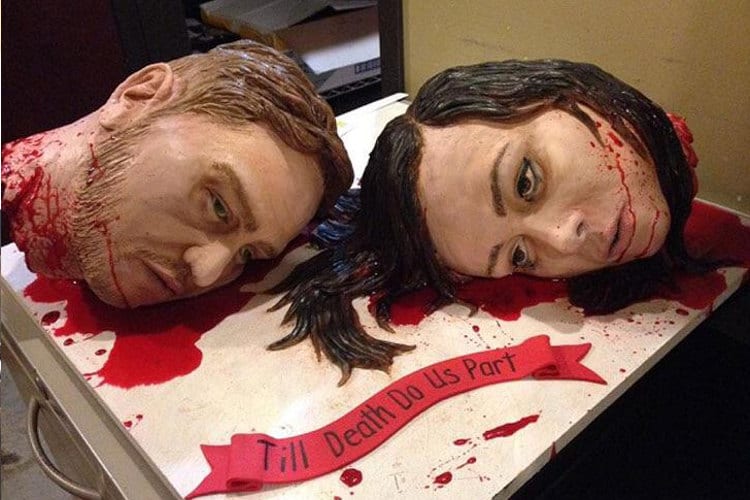 If you know Reddit, you might expect a Juggalo wedding cake topped by two hatchet men and surrounded by Faygo would be the ideal cake for Reddit’s snark. But you’re only saying that because no one told you about the shit just got real wedding cake or the cake topped by two severed heads. While not as gory or obscene, the cake that featured a figure of the groom playing “Call of Duty” while his bride tries to drag him away reveals more about the couple’s dynamic than guests could have possibly been comfortable with.

For some inscrutable reason, a number of newlyweds have decided that taking a picture of wedding gown-clad bride appearing to perform oral sex on her formally-attired-save-for-his- naked-ass groom is just hilarious. The blowing bride gag wasn’t all that funny the first time and it didn’t gain much humor from when it was repeated here, here, here and here. Still it hasn’t stopped. In fact couples are doing increasingly complicated versions of it. This one seems to imply the bride will not merely go down on her husband but his groomsmen as well. When Reddit discovers your funny fellatio wedding picture, they won’t be laughing with you. They’re laughing at you. 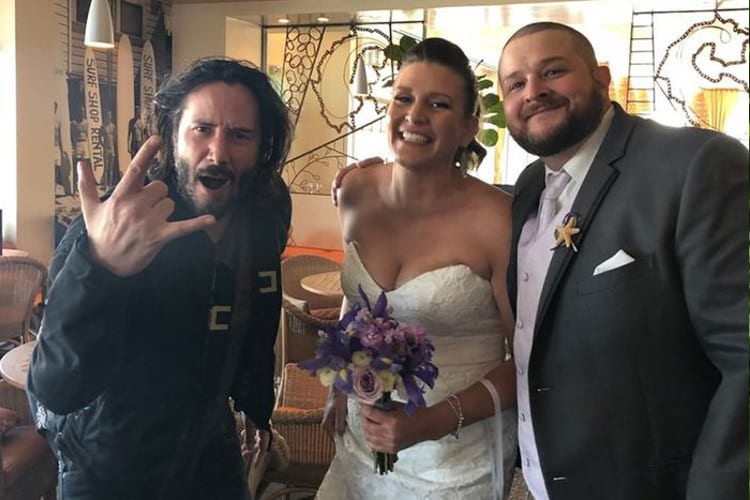 Reddit’s wedding posts aren’t all judgmental. In fact, many are celebrations of the human spirit, like when a wedding is crashed by Keanu Reeves, Tom Hanks or a curious dolphin. Sometimes Redditors rejoice over super chill brides like this lovely lady amused rather than annoyed to learn her special day coincides with a fetish ball. And as easy-going as she is, she might be out-chilled by the anti-bridezilla who jumped in to help a friend in need of a keg stand.

Reddit is a great place to get your fill of ridiculous wedding stories and photos. But be careful your own wedding doesn’t end up one of the top upvoted posts.