You know what it means when the end of October rolls around: Halloween costumes. If you’re part of a couple, you may be faced with the couple costume dilemma. Not only do you have to come up with something clever, it has to be something clever that works in tandem with your partner’s costume.

Depending on your taste for this type of thing, this means either double the fun or double the stress. You can rest slightly easier, as we’ve collected some great ideas below. Use them for inspiration, rip them off completely, we don’t care. As long as you make that person stalking your Insta turn to their co-worker and say: “Ugh look how cute this couple is, I hate them.”

Here are some great new ideas that have crossed our desk this year, along with some other ideas that we haven’t seen yet, but hope we will soon.

A Couple of Jokers

The sexy priest and Fleabag, from Fleabag 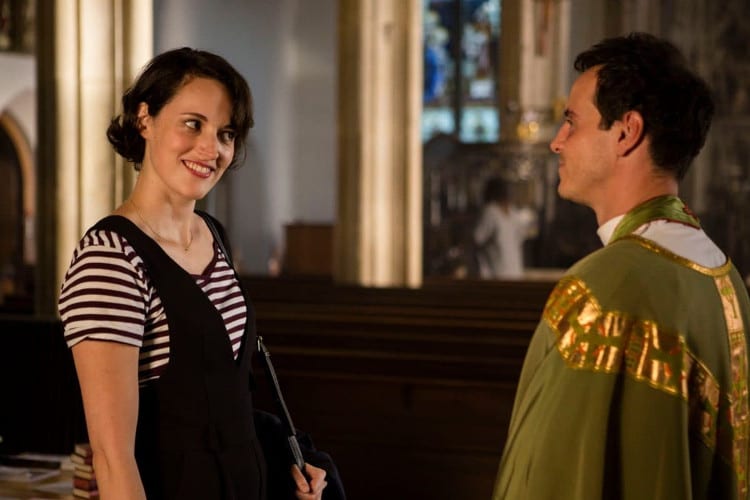 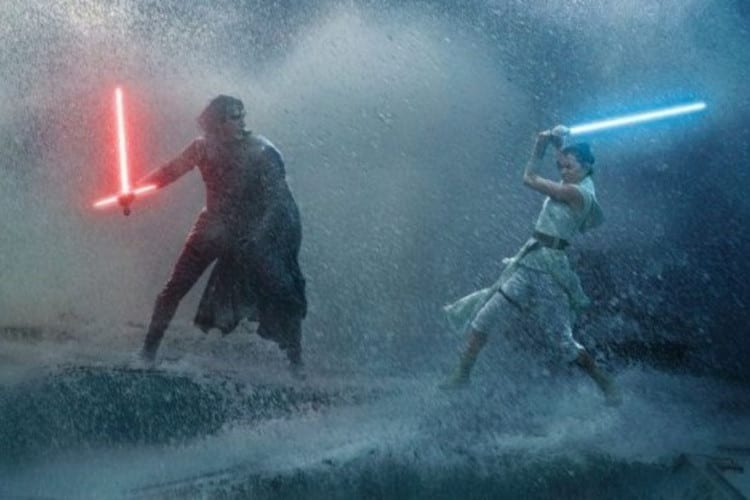 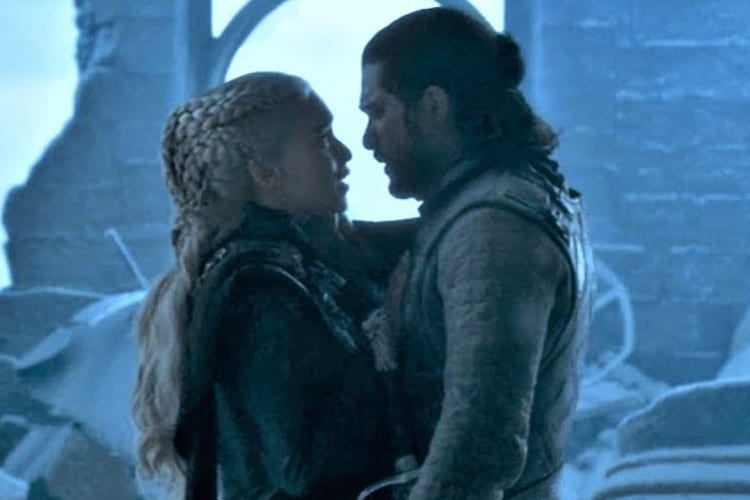 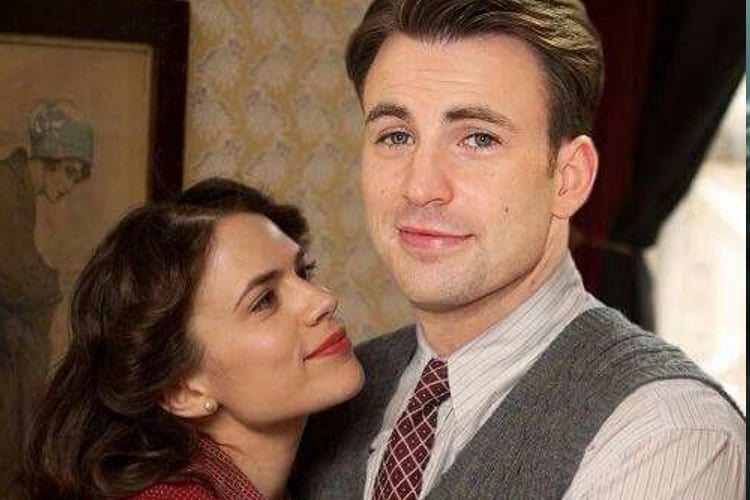 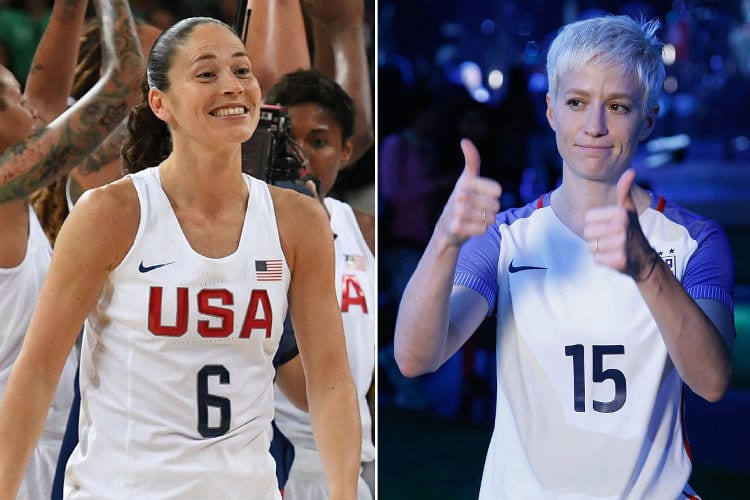 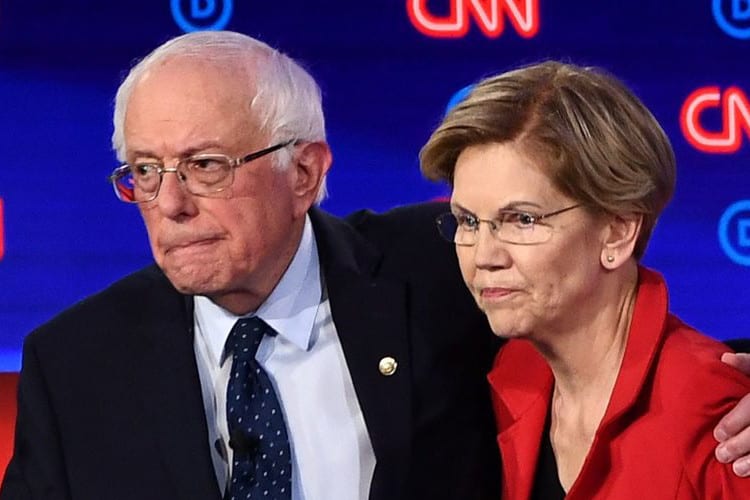 Two of the characters from that weird Cats trailer 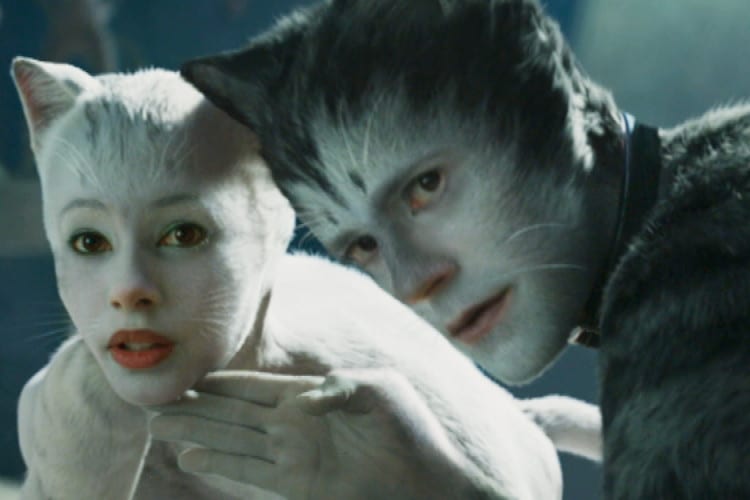 This an easy halloween costume for couples: striped shirts, black pants, black longshoreman’s caps, and a devious looking mask for each of you. Loot bag is optional, though it will help get the point across. Extra bonus: you can recycle this look next year–just drop the masks and caps and you’re a couple of sophisticated French existentialists.

Fairly easy to put together, even if you’re normally a fashion-forward sort. Just throw on a pair of glasses, some suspenders and a bowtie. Ironically, real nerds would put in much more work.

Another one for the striped shirt (though in this case the stripes need to be red). Find a red beanie and boom–you’ll be lost in the crowd. Bonus points if you go full Anglophile, and refer to your costume as Where’s Wally. Look it up. 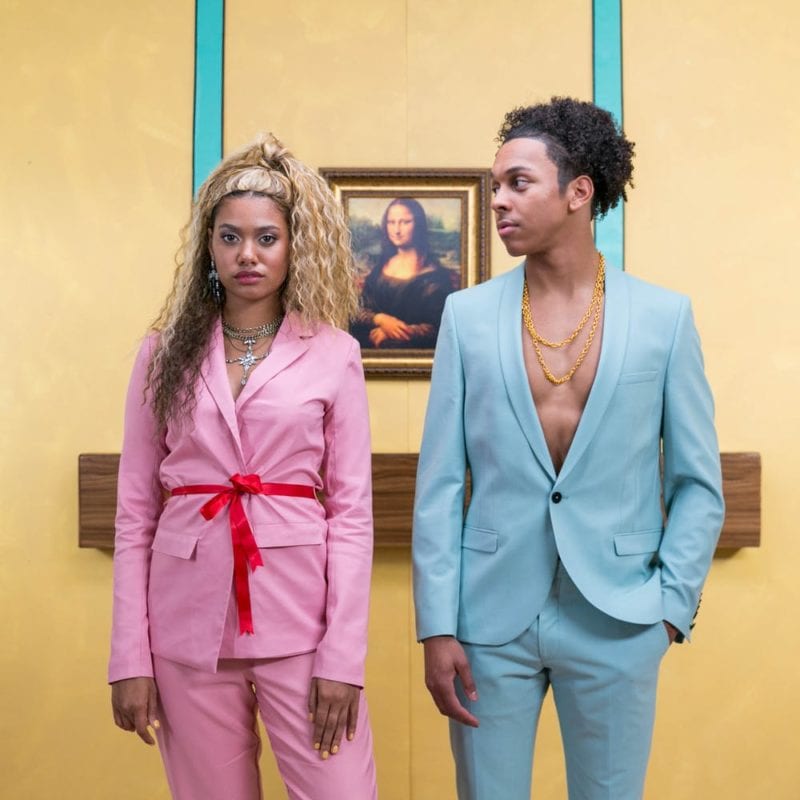 One of the most iconic moments of 2018: Beyonce and Jay-Z in pink and green suits, in front of the Mona Lisa for the “Apeshit” video. Will give you tons of cool cred–plus if you have a baby, dog, or third wheel, you can make them be the Mona Lisa.

Ok, so only Ariana is a musician, and they broke up over a year ago.  But that doesn’t mean you can’t evoke their epic five-month love story for your Halloween kicks. 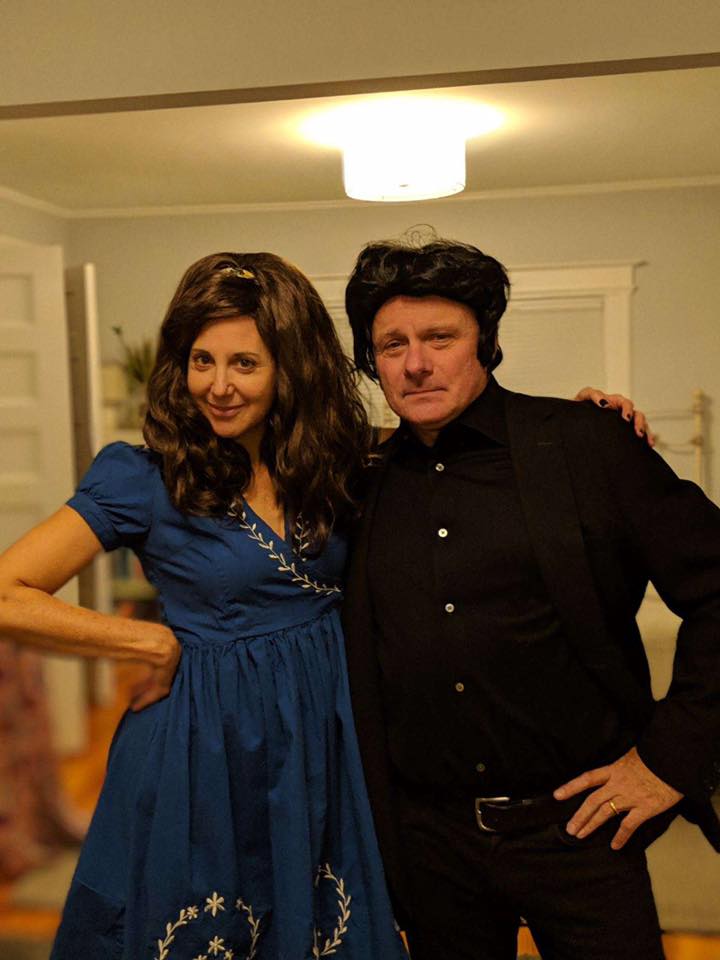 Johnny and June, about to leave for Jackson…

Paulie and Juno from Juno

It’s a tad dated, but it’s still dynamic and fun, BUT ONLY IF THE PAULIE COMMITS TO THE SHORT SHORTS. Also, for my money, if you’re going to do a couple’s costume of a mid 2000s Michael Cera movie, go Superbad, the costume isn’t as cute, but your gal will be the only gal who’s dressed as teenage Jonah Hill portraying teenage Seth Rogan.

Vincent and Mia from Pulp Fiction

A post shared by Katherine Alexis Granlund (@themodernmarypoppins) on Oct 30, 2016 at 11:01am PDT

The iconic couple from Quentin Tarantino’s early ’90s breakout A classic couples costume that’s always beloved is Vincent  and Mia from Pulp Fiction, for less gore be Mia pre OD, if you’re into gore then start grafting a syringe into your lady’s chest, oh and be prepared to dance, you will be asked.

Marla and the Narrator from Fight Club

Or you can be narrator and Tyler if you want to go shirtless with a fur coat. You will both look cool either way.

StarLord and Gamora. As usual, it’s the woman who has to spend hours on her make-up, while the guy just throws on a mask.

Adam and Barbara from Beetlejuice 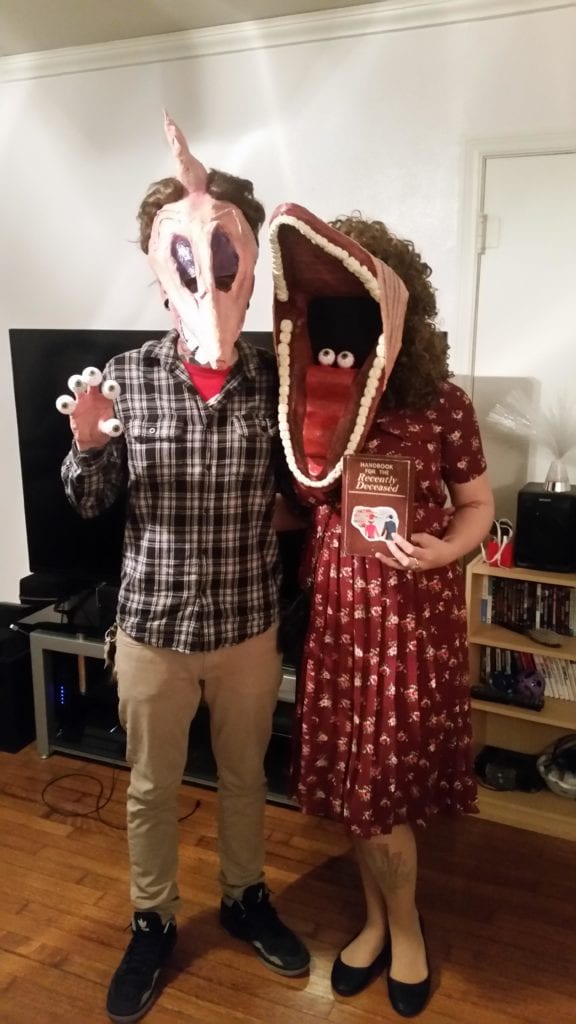 There are probably a lot of easier costumes to pick from Beetlejuice, so this one wins for sheer effort.

Rey and Chewbacca from the Star Wars universe

Sure, you could go as Rey and Finn, or Rey and Kylo Ren, or Rey and Luke Skywalker. But real Star Wars hipsters will go as Rey and Chewbacca, who no doubt bonded during all that time together in the cockpit of the Millennium Falcon (though probably not enough to make a baby).

There’s nothing like a little cows blood to put the “wee!” in your Halloween. For the guy, it’s a good excuse to wear a tacky tuxedo again.

Harry and the Golden Snitch, from Harry Potter

The advantage of this costume combination is that it’s subtle enough to please the Potter nerds you’ll encounter, but just sexy enough to show you don’t take all this magic nonsense too seriously. Just make sure she’s careful with the golden face paint: we’re pretty sure that stuff will sting the eyes.

Eleven and Joyce from Stranger Things

Eleven and Joyce is the a perfect Stranger Things couples costume to make people say: “Is season 3 out yet? Season 2 dropped on halloween last year, is that happening again?”

Burt Macklin and Janet Snakehole from Parks and Rec

This is an Inception-style layer cake: you’re dressing as Chris Pratt and Aubrey Plaza playing Andy and April dressed as Burt and Janet. Macklin, you son of a bitch…

Jim and Pam from the Halloween Episode of The Office

As with Burt and Janet above, you’ll show everyone you understand the concept of layering. Not only are you going as TV’s favorite couple, you’re going as their best Halloween costumes. People will think she’s just doing the standard “sexy cat” until you stand next to her. Then their heads will explode.

Dressing up as particular fictional characters usually involves a lot of work. But this is a case where all you need is some glasses and aprons. You’re ready to open up a burger joint and raise three eccentric kids. Bonus points for perfecting the perfect H. Jon Benjamin sigh.

Don and Joan from Mad Men

Though they never hooked up, Don Draper and Joan Holloway were the real power-couple on “Mad Men.” Don and Betty Draper is a glamorous alternative if you’re looking for an early 1960s look. For a later 1960s look go as Don  and Meghan Draper, or to really mix things up go as Dick Whitman and the horse who kicked his father. There are lots of good options in the Mad Men world. 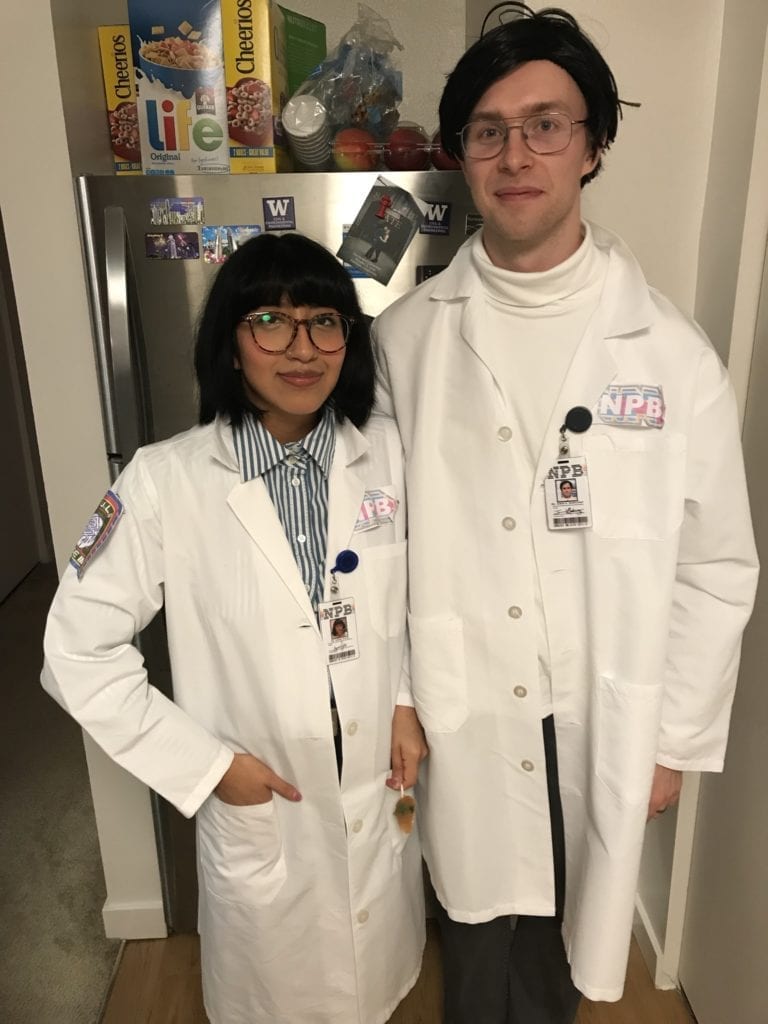 The coolest costumes are both contemporary and obscure, as in this gem from Netflix’s Maniac.

Ash and Pikachu from Pokemon

People will say “Why not Ash and Misty?”  Because Pikachu is adorable, that’s why not Misty.

Because nothing says romance like a video game-based couples costume about an Italian plumber and his unrequited love interest. You could also, of course, go for the more obvious choice of Mario and Princess Peach, but that’s kind of like doing Fred and Wilma Flintstone instead of Barney and Betty Rubble: more people will recognize you, but somehow it’s not as cool.

If you’re going to do the couples costume thing, step up your game: there’s a lot of tough competition out there.