So, you’re getting ready to ask the big question. You want it to be special. You want it to be memorable (for the right reasons). You know your fiancé-to-be had been envisioning this moment since she was a young girl. Trouble is, you might not know what her vision of this milestone looks like.

Well, memorable marriage proposals have a few elements in common, and they might not be what you expect. Here are five tips from professional proposal planners, whose help you can enlist if you need it, for creating a moment that’s sure to get you to “yes.”

Personal Is Better than Big 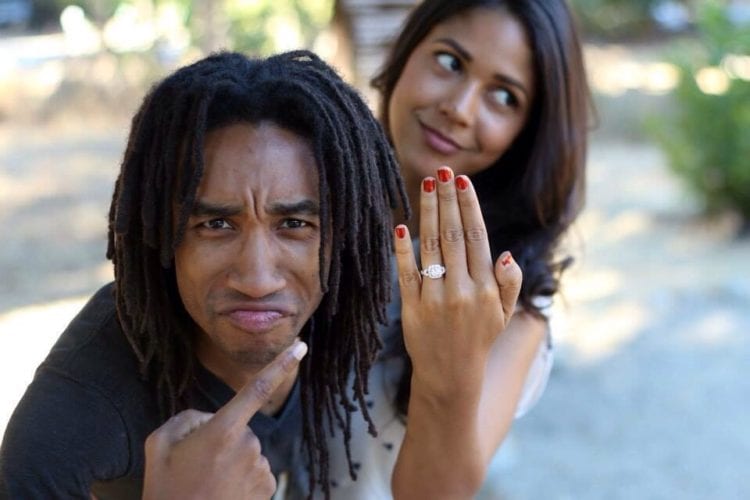 All the planners we talked to caution that men often want to go for the grand romantic gesture, and can have ambitious plans. But making it unique to your relationship is better than going all out for the sake of it.

“A lot of men choose a proposal package they see online and just think the bigger the better,” says Tania Saad, co-owner of My Proposal Co. in Sydney. “Women want something sentimental. They love it when a man adds a personal touch like her favorite flowers, foods, location or activity, or to have ‘your song’ playing in the background” she says.

Another way to strike the right romantic cord is to make a reference to your first date. Return to the restaurant, get tickets to the opera or retake the walk around town that began your relationship.

You can also take a “story so far” approach, celebrating the entirety of your relationship up to that point. For instance, Ethan Clarke at The Marriage Proposal, in Miami, says one client asked him to fill a room with helium balloons carrying photos from the couple’s time together.

If you want to go big, make it personal and private by taking her on a vacation. Choose a destination that’s high on both of your bucket lists, or return to someplace you both love.

The proposal concierges at Flytographer help their clients find locations that are meaningful to the couple and feature a stunning and memorable backdrop, maybe the London Eye or Lake Como.

Clarke says many of his clients in Miami are on vacation, so they ask him to arrange a candle- or flower-filled hotel room.

Some women thrive on a crowd and would love their proposal to be a public moment where strangers clap and take photos. Other women would much prefer to shed those tears of joy with no one around.

Proposal experts advise thinking about which type of person your girlfriend is and plan accordingly.

Clarke says that for clients wanting a private moment he’ll arrange something simple. “They might just want a blanket and bucket of Champagne waiting for them on the beach.”

If your girlfriend is close to her family, you might plan the proposal for a birthday party or holiday where family and friends will be gathered.

If you want to be alone for the actual moment, Saad says, “It could be a great idea to arrange a celebration with everyone directly afterward.”

How you approach your future spouse’s family will depend on their traditions, as well as her relationship with them.

Asking her dad for permission might seem romantic or proper to some women but outdated and inappropriate to others. Instead of asking for permission, Martin Velazquez, co-owner of the Heart Bandits, suggests telling the parents that you’re planning to propose. “It makes a good impression to let them know,” he says.

This could be a simple phone call or a ritual in itself. Clarke says he invited his future dad-in-law to a baseball game and told him of his plans over dinner afterward.

It’s also good to keep the family in the loop he says, because your girlfriend’s sister or mom might be able to tell you her ring size or give you feedback on your proposal plan.

But, Clarke cautions, “If anyone in the family is gossipy and can’t keep a secret, don’t tell them until afterward. You don’t want them ruining the surprise.”

Take Care of the Ring

Every proposal planner advises not using the box the engagement ring comes in: it probably won’t fit discreetly in any of your pockets, especially if it’s too warm for a jacket. “You don’t want that bulge in your side pocket to give things away,” says Velazquez.

Believe it or not, there are slim boxes that are made just for engagement rings. Proposal consultants all have their favorites.

Clarke also advises not letting the ring out of your sight. “Don’t hand your $15,000 diamond off to a waiter to put in her dessert,” he says. “That waiter could decide he’d have to work a lot of hours to make that kind of money and walk off with it.”

The consultants at adventure travel company Black Tomato arranged for one client to pluck his ring out of the Trevi Fountain and for another to “find” it on an Icelandic glacier. They haven’t lost any rings yet.

But if the idea of handing that bauble off to someone else makes you even the slightest bit nervous, hold on to it. 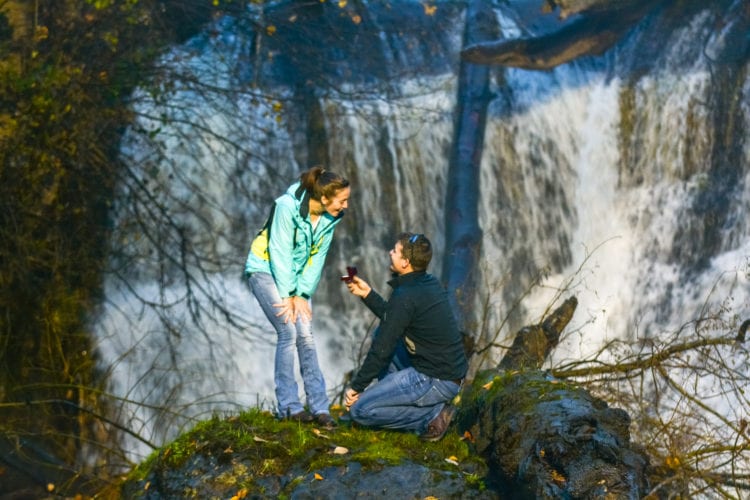 This is one of those moments that, if it goes well it also goes by in a happy blur. You’ll want pictures to help you and your fiancé remember the details of the event—and to post on your wedding website and Instagram.

Proposal planners all suggest hiring a photographer to capture every moment. This is easiest if you’re proposing in a public place where the photographer can surreptitiously hang around until the big moment.

It’s a tougher if you plan to propose at home or in a hotel room, but the planners have all found ways to do it.

If a professional photographer isn’t in your budget, enlist a family member or friend to stand by ready to snap photos either in the moment or just afterward.

Before you begin, Clarke says, make sure that either your girlfriend is facing the camera or that you’re both parallel to it. The goal is to be able to capture her reaction full on.

Finally, keep in mind that most women won’t want to be captured accepting a ring in yoga pants and no make-up. Shay Daviau, the owner of Flytographer, suggests telling your girlfriend that you’re going out for a nice dinner (whether or not you actually are).

This way, she says, “She’ll be wearing something cute.” And you’ll both be ready for your close-up with that ring hidden discreetly in your pocket.