Vinny was confident enough in his proposal to Brooke that he popped the question using one of the most permanent mediums on earth: a tattoo.

Tattoo artist Vinny Capaldo-Smith and his girlfriend Brooke Wodark are no strangers to tattoos. Both have been inked their fair share of times, especially Vinny, himself a tattoo artist. But this time, Vinny wanted Brooke to tattoo him instead. 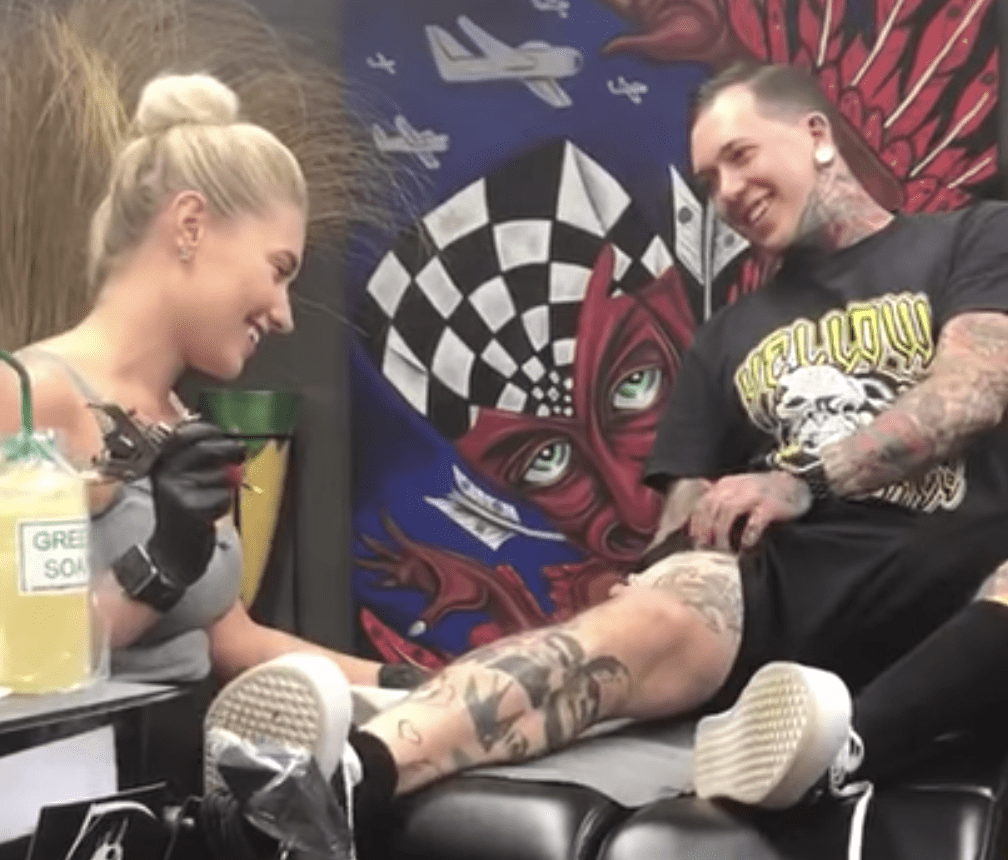 She started by drawing a small heart, but when she picked up the tattoo gun, Vinny pulled back his shorts to reveal some new ink she knew nothing about. Much to Brooke’s surprise, on Vinny’s leg was a tattoo of a small drawing with the message “Will you marry me?” and boxes to check for yes and no. Brooke took the gun and (thankfully) tattooed an X in the “Yes” box.

There’s always the obvious concern that she will say no–and you’ll wind up with a permanent reminder of that “no” on your skin forever. While we all hope she says yes (and assume you’re confident enough that she will), it might not be a bad idea to avoid using her name in the tattoo. That way, if for some reason she backs out, you can use the same ink the next time you propose to someone, just in case.

If you want time for the tattoo to heal before you pop the question, you’ll need to get it in a place that’s easy to conceal that she won’t see for a few days. But more than anything, the greatest extent of your preparation will be the tattoo design. This tattoo represents your commitment to your partner for life, so make it something that will stand the test of time like your relationship will.

As profiled by Bored Panda. Photos and video courtesy of Vinny Capaldo-Smith and Brooke Wodark.