Yeo Han opted for a different kind of suit—a snow suit—for his proposal, asking Winie to marry him with the help of some Finnish reindeer.

Winie and Yeo Han both love adventure and the outdoors, and travel has been a big part of their relationship. A few years after they met, Yeo Han took Winie on a trip to Saariselka, Finland to see the stunning Scandinavian landscape. During a snowmobile ride through the countryside, Yeo Han knelt down in the snow and asked Winie to marry him. 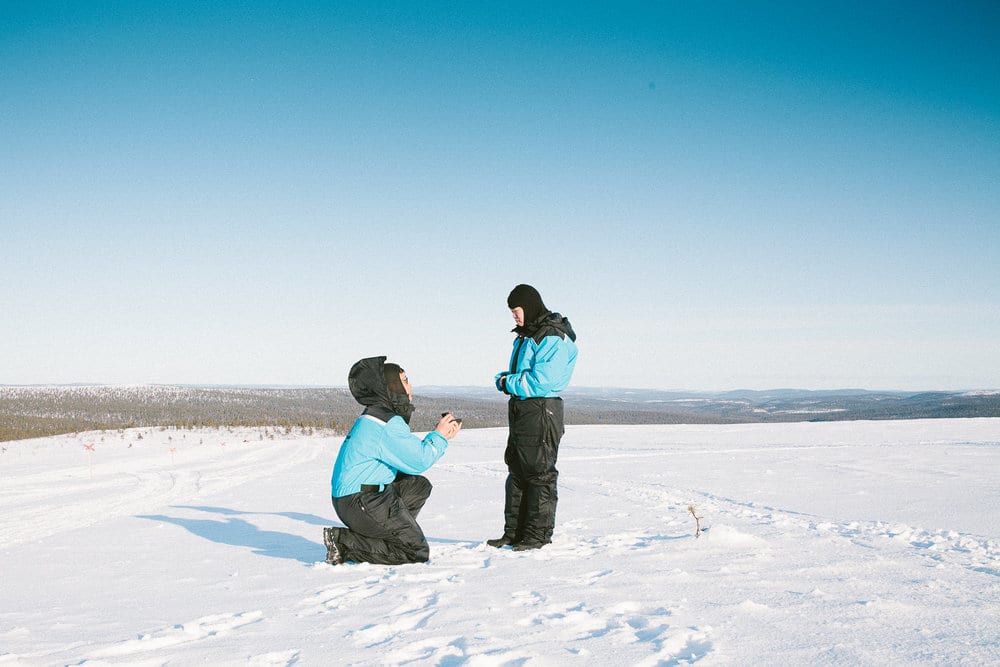 The proposal itself was simple and romantic, but it didn’t stop there. Following the big moment, Yeo Han and Winie traded their snowmobiles for a ride in a reindeer-drawn sleigh (no bells, sadly). The two finished with an evening by the fireplace to warm up after a bitterly cold day. 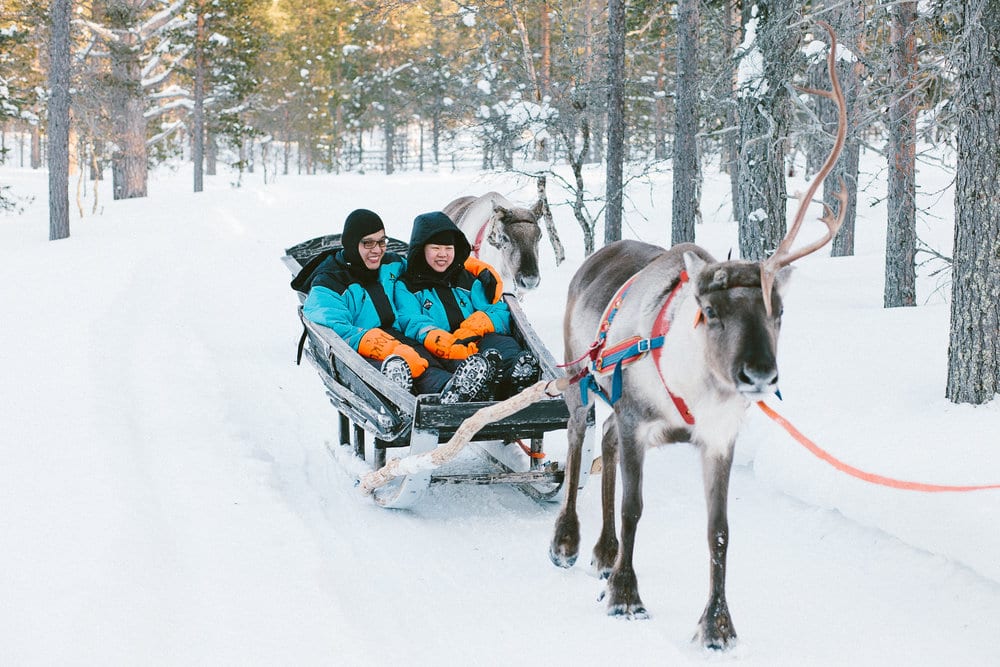 Location: Saariselka, Finland (or anywhere with snow and willing reindeer)

The Nordic region’s sub-zero climate poses plenty of obstacles. It requires a lot of gear, and it might be difficult trying to get down on one knee wearing 17 layers. It also means your significant other needs to have a downright passion for the cold. If they aren’t absolutely thrilled to say “yes” through chattering teeth, propose at the lodge instead, sitting by the fire with hot chocolate in hand. 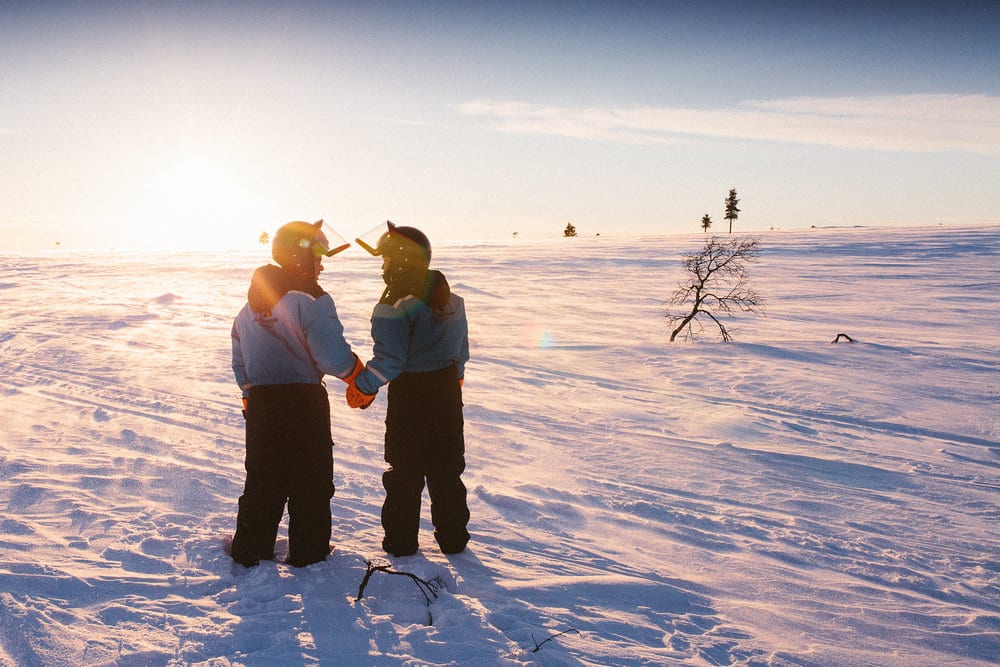 Yeo Han prepared a video for Winie with memories from their relationship before he popped the question. While this is not a requirement by any means, it does add a little something extra and makes the moment last even longer. But if you start to lose feeling in your extremities, it wouldn’t hurt to pop the question quickly.

Skip the “Just Married” Cans If Riding a Snowmobile 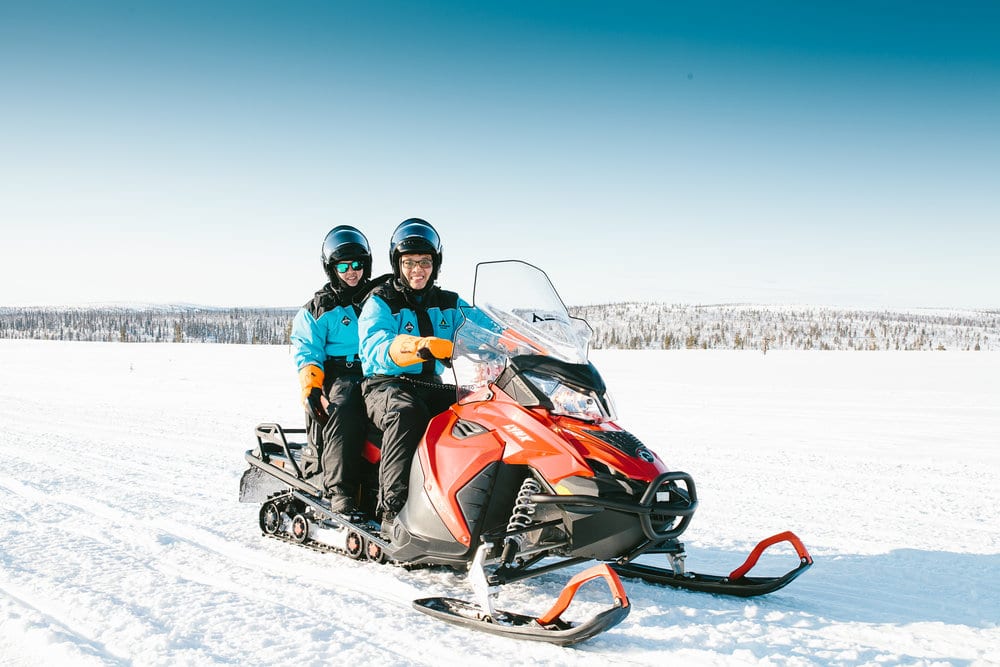