They were in a photo booth when Elliott first knew he would marry Danielle, so—many photo booths later—he popped the question in one.

Photo booths ended up becoming a tradition for the couple, and they accumulated a sizable stack of prints before their most memorable photo booth experience yet.

After a surprise road trip to visit Danielle’s parents, Elliott stopped to pick up the engagement ring they had picked out together, then strategically took her to the movies before heading home. Danielle was feeling under the weather and they almost skipped their photo booth tradition, but Elliott convinced her to sneak back into the theater lobby.

That’s One Way to Save on Photographer Fees 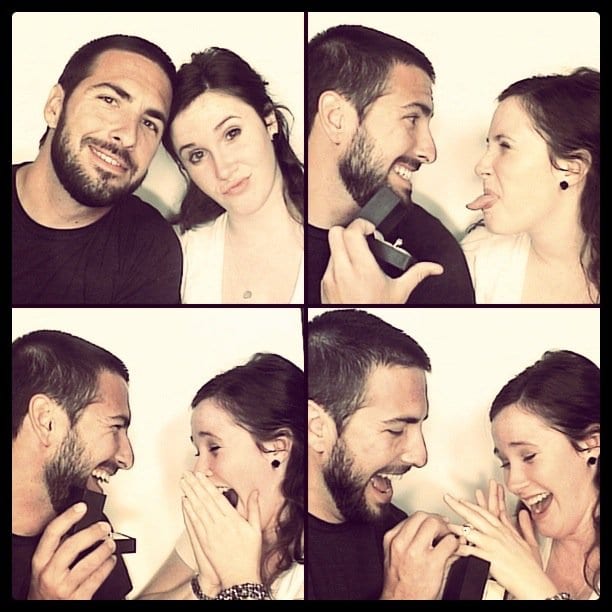 This particular movie theater had a Blababooth Photo Booth that also records video as it takes photos, making it possible to capture the entire proposal from start to finish.

Even though she knew the proposal was coming at some point, Danielle was still surprised when, two photos in, Elliott pulled out the ring and popped the question. You can view the actual proposal, and its palpable giddiness, as it transpires on Youtube below.

There’s something charming, even old-fashioned, about taking photos with an analog machine. If need be, you can always scan your pix into Instagram, too. 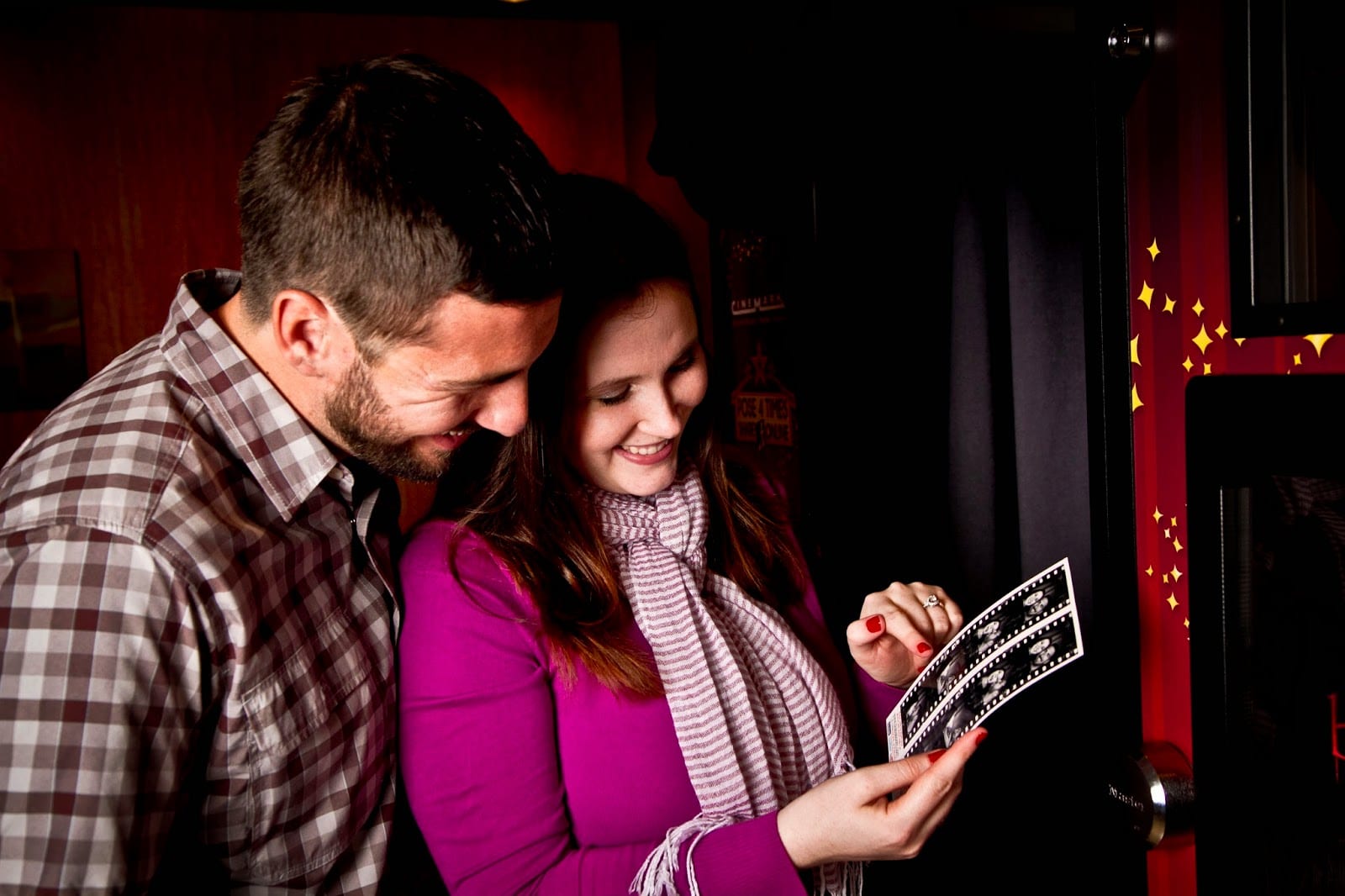 Location: Anywhere with a Photo Booth

Try a movie theater, bowling alley or arcade. Any photo booth will work, as long as it’s not at someone else’s wedding. Don’t be that guy.

Photo booth photography is a gamble. The only record of your partner’s immediate reaction when you pop the question will be on a slip of four grainy photos. Elliott and Danielle later had their engagement photos taken professionally in the photo booth, in addition to the original four.

Good Thinking: They Also Hired a Pro to Take Photos 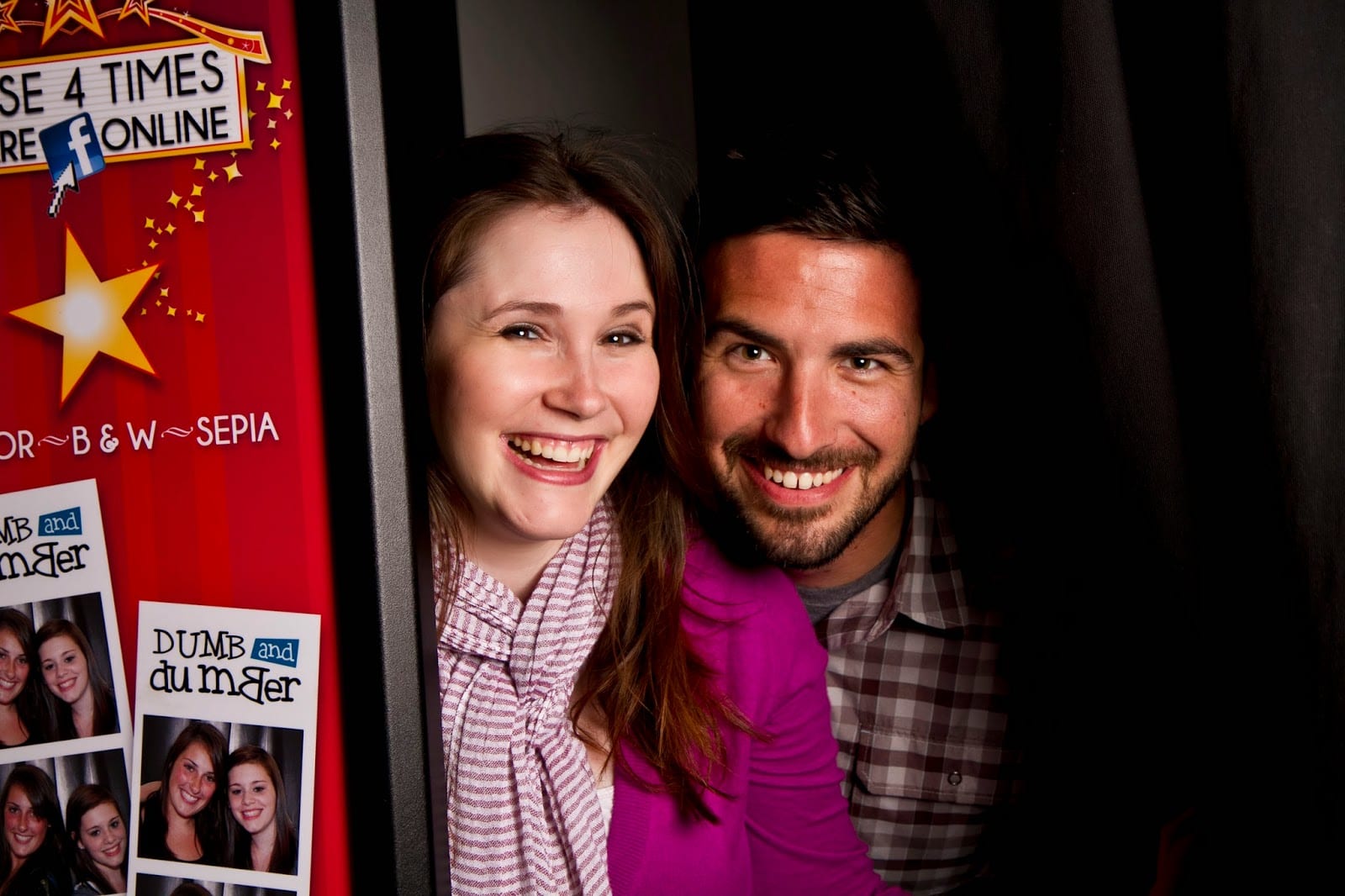 Scout out the venue first to make sure it has a photo booth, and give it a dry run. Try some practice photos, and make sure you’re satisfied with the quality. Be sure to have four poses in mind or else you will freeze up during the real deal. When it comes time to pop the question, make sure someone is recording on the other side of the curtain (with a better camera). Remember to smile throughout.

Photos and video courtesy of Danielle and Elliott Pervinich. Read more about their proposal here.