Since you’re expecting the reference, let’s get it out of the way now—yes, in Portland, you can put a bird on it. There are pockets of Oregon’s biggest city where the quirk highlighted by Fred Armisen/Carrie Brownstein infamous show is alive and well.

But Portland is also one of the rare cities that can be many things to many people. Hoping to spend your honeymoon doing a nose dive into a rich food scene? Done. Looking forward to a multi-faced arts and culture experience? They’ve got that too. Just hoping to disappear into the wild with a tent for some quality alone time? Glad you asked—that too is absolutely obtainable.

The Pros & Cons of Portland 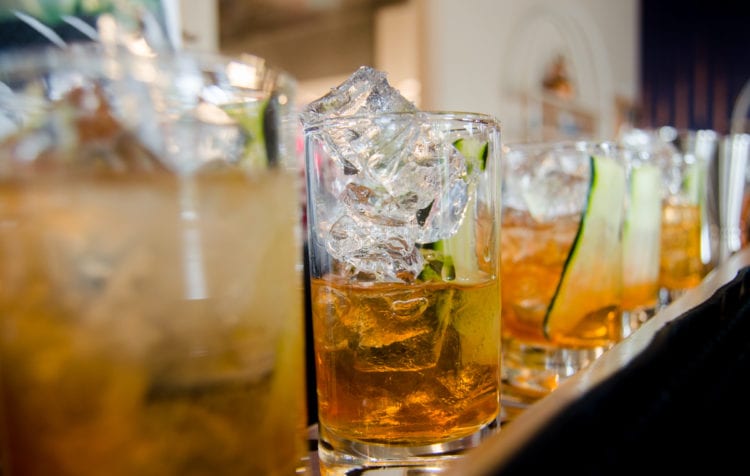 Portland is a self-contained, easy-to-navigate city with minimal traffic. Getting to and from Portland International airport (with its iconic ugly carpet and live music performances) is simple, thanks to both Uber, (at roughly $20-$25), a light rail ($2.50), or bike trails. (Yes, there is a place to rack your bikes at the airport, because: Portland.) Once you’re in the city, everything is almost always no more than 10 minutes away.

Blessed be, in Oregon there is no sales tax. (Something they probably should have thought about before legalizing marijuana.) However, the cost of eating out is significantly higher than many other places in the U.S. But if you enjoy a mid-afternoon drink, you’re in luck—Googling “Happy hour in Portland” earns you 85 million hits. (For a few of our favorites, start with Pope House Bourbon Lounge, Shift Drinks, and The Rambler.)


And of course, if you’re a fan of adventure, there are year-around outdoor actives to be had. But unlike some other parts of the West Coast, Portland does have this thing called “weather.” Wind, snow, and rain-phobics need not apply.

Remind Me: Why Portland?

At times, Portland feels split equally between fans of culture and outdoor fanatics. For the art set, live music is abundant (Check the listings at Wonder Ballroom, Revolution Hall, and Doug Fir Lounge.) Stores like WILDFANG go beyond the call of duty and often host cultural and political evenings. For the wilderness set, getting out of town and into nature takes mere minutes. Washington Park, Laurelhurst Park, Macleay Park, you can almost pick a direction and start walking.

Where to Stay in Portland

Portland is undergoing a lodging renaissance, with some 1,700 rooms added to the city last year alone, and a large clutch of hotels—including the second American Hoxton (Williamsburg was first)—which opened in November 2018. For now, their centrally located downtown area is one of the best places to stay. Cozy up at The Porter, a recently-opened four-star hotel where, for about $183 a night, you can also enjoy floor-to-ceiling windows, impossibly fluffy robes, and a meditation spa (aka gym).

Hotel Monaco, with its blend of upscale amenities and boutique funkiness, is also another favorite, with suites that start at $179 a night.

Finally, you can’t go wrong with Airbnb, which averages about $100 a night. Wanna stay in a treehouse? A hand-crafted cottage? A tiny house? Yeah, you can do that.

Once you’ve dropped your bags, go out. (Seriously though, there’s plenty to see. Go.) Feeling artsy? Head to the Alberta Arts District to dip into rows of galleries, before finishing up your day of art window shopping at a wine bar or bakery. Want to do some actual shopping? Head to Hawthorne, where local businesses (and yes more eateries—Portland loves food) group together along Southeast Hawthorne Boulevard between 30th and 50th street. Hit up Old Town/China Town (within walking distance if you’re staying downtown) to see the famous “Keep Portland Weird” and White Stag signs, and take a gentle stroll down Waterfront Park Trail. Finally, scope the elaborate Victorian mansions on Nob Hill, and then unwind at the indie movie house, Cinema 21.

Best Attractions and Activities in Portland 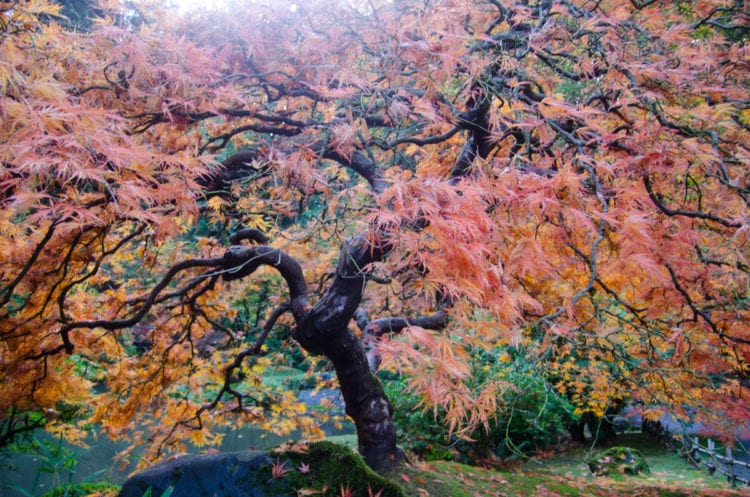 See that green stuff surrounding the city? (No, not the weed, though that is also available in large quantities.) We’re not spoiling anything by telling you Portland has a lot of nature. Nearby Forest Park has over 70 miles of trails for the true explorers, although you don’t have to be Superman to get through a simple stroll in the woods. If you prefer a destination, point your feet in the direction of the Witches’ House, former bathroom facilities that have accumulated some very fairy-tale-like moss, and and the local lure of a horror film set. Finally, for those who want their earthy moment but don’t want to leave the city, pay a visit to the impeccably manicured Japanese Gardens. If you’re there during the fall, all the better—all twelve acres become a riot of orange and red.

Portland has a reputation for attracting creative types. (Again, see any Portlandia sketch ever.) Enter ADX Portland, which has made it possible for those interested in wood or metal working, jewelry design, or printmaking to realize their dreams with workshop space and tool rentals. Passing through and feeling particularly crafty? Check out their course catalog for one-off learning experiences.

Powell’s books’ headquarters on Burnside is considered to be the largest independent and used bookstore in the world. Just imagine you and your partner wandering hand-in-hand through the aisles (with coffee—this is Portland, after all) rescuing copies of classics and turning each other on to new tales. (Or just turning each other on—a well-read brain is a sexy one.)

Pretend you’re paying your Russian family a visit at Kachka. The dark, cozy restaurant is meant to mimic a home meal in the old country, where your loved ones have been cooking all day in anticipation of your arrival. (The wait staff will offer to “cascade” your table with appetizers. The correct answer to this offer is “yes.”) The restaurant also offers vodka tasting flights to complement your dumplings, cabbage rolls, and various forms of fish. Don’t worry—even if you’re not a regular drinker, at this point you will have likely eaten so much, a few sips of Earl Grey infused vodka are unlikely to get you even remotely buzzed. 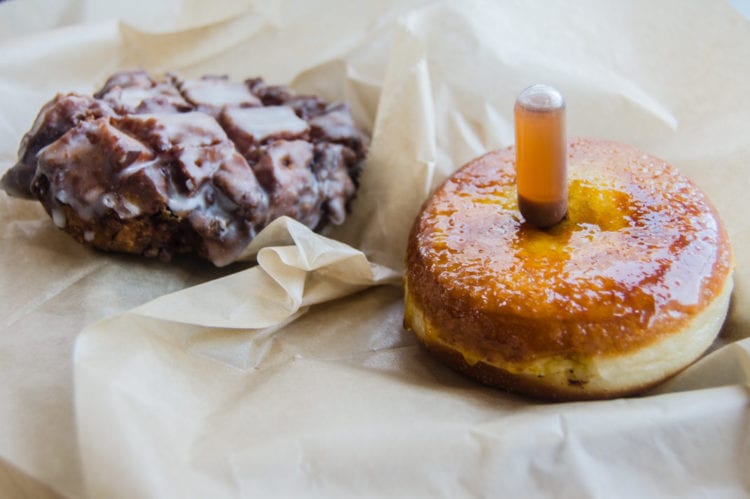 But you don’t have to go upper-class for quality. Keep in mind some of the most low-end eats have the highest quality. For your requisite sugar rush, most people start at Voodoo Donuts. Locals will roll their eyes at you for going to this popular spot, but know that this is one case where they’re wrong—there’s no such thing as a bad doughnut. After you’ve Instagrammed your treat in the pink-hued store, head over to Blue Star Donuts, which has made a name for itself with an ever-rotating set of complex flavors like Cointreau Crème Brûlée, Blueberry Bourbon Basil, and Raspberry Rosemary Buttermilk. And if it’s warm, why not add some ice cream to this obscene sugar buzz? Portland is home to the original Salt and Straw, an ice cream shop that has truly unique seasonal flavors (Honey Lavender, Thanksgiving dinner, etc.) and—thanks to a policy of generosity towards potential customers, unlimited taste tests. 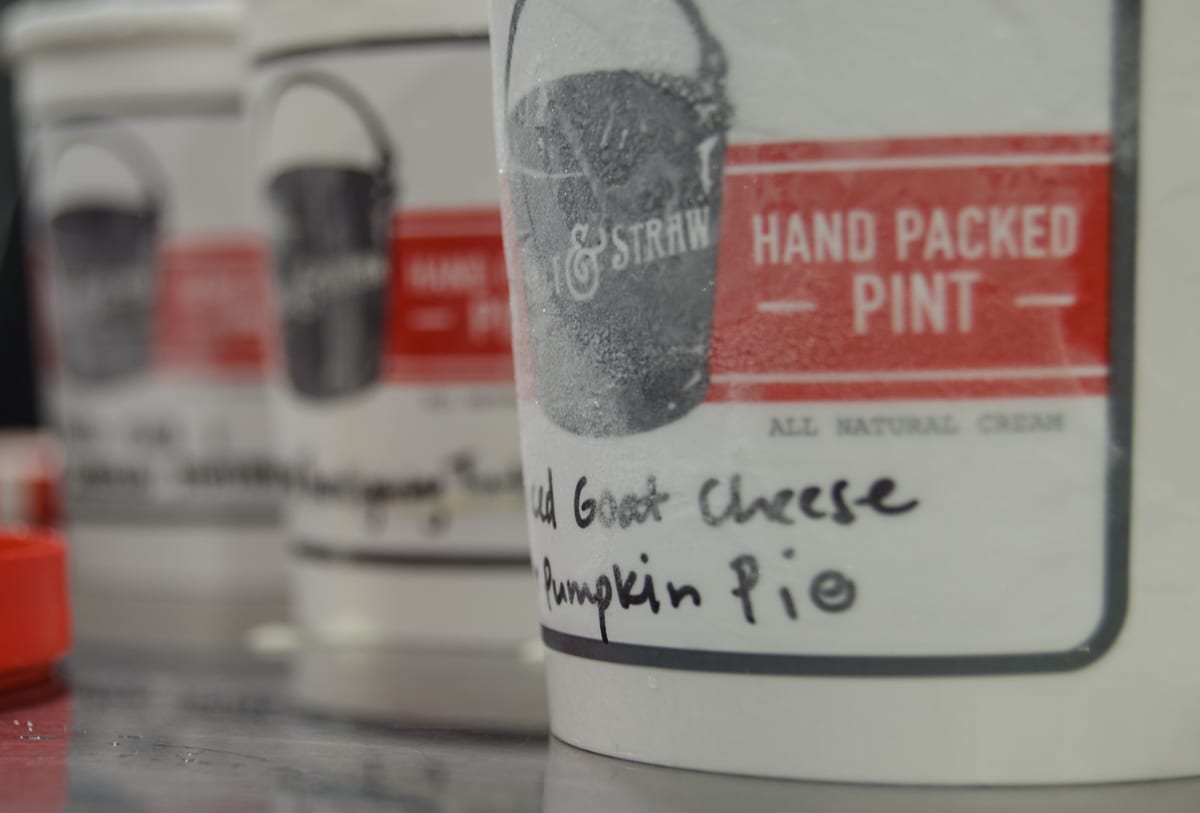 Photo by Laura Studarus
Up Next