Being a groomsman isn’t a one-night gig — sure, it’s a big honor, but it’s also a multi-month commitment when you factor in bachelor party planning, suit shopping, and late night advice phone calls when you’re just not sure whether to invite your ex to the wedding and need an outside perspective (pro tip: don’t do it). Without even getting into the lifetime of friendship that earns someone the honor, being a groomsman is like giving a gift that lasts for months and months, so it only makes sense to give your groomsmen something that lasts quite a while, too.

The natural solution? The right subscription gift boxes can be the gift that keeps on giving, however often you want them to give. Subscription boxes aren’t a new concept, but they’ve become super popular since the middle of the 2010s, when services like Blue Apron began making meal prep easy and Amazon turned the world into a landscape of brown cardboard boxes. Now, there’s a subscription service for just about everything, no matter your passion or taste in condiments (literally: there is more than one hot sauce subscription service).

From food and treats to clothing, electronics, comic books, and music, there are subscription boxes that’ll satisfy every one of your groomsmen. Whether you get them all the same subscription box or link them up with individual services is your call — you could get the dudes you like the best a weekly subscription and the fringe guys a monthly box, we won’t judge. Check out the great options we’ve rounded up below!

For the friend who would rather choose their own gift 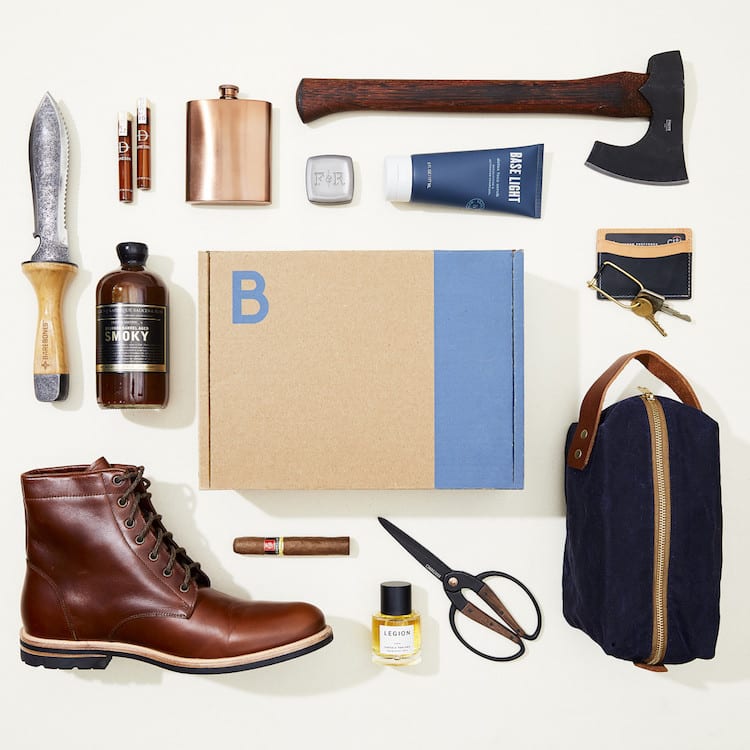 Perhaps you’ve got some very well-rounded groomsmen who have a whole host of interests, making it hard to pinpoint exactly which subscription box to buy them. Instead of sweating it, why not let them decide what kind of box they get? The Bespoke Post makes monthly custom boxes based on a subscribers’ chosen interests, with ten different categories available. It’s all high-quality stuff, so you can be certain that no matter what they choose, they’ll be totally into what comes in their box.

For the one who can't wait until summer 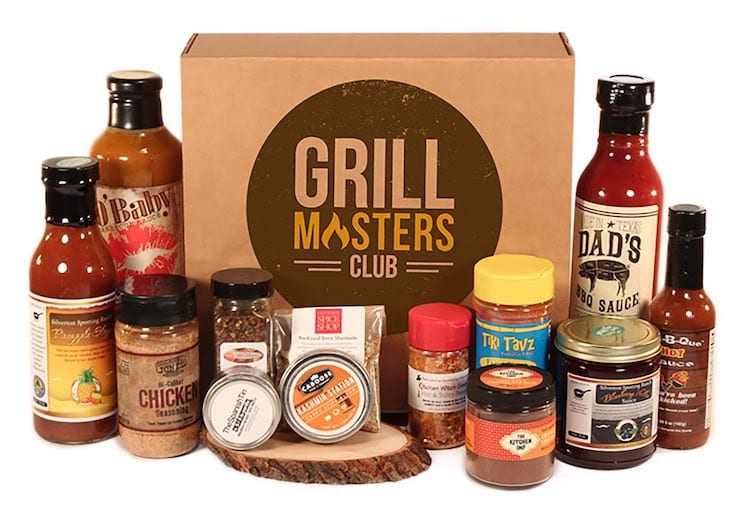 It’s hard to pick just one subscription box for grilling, so we’re going with three options that each cover a different specific element of barbecuing. The Grill Masters Club provides a monthly array of delicious sauces, rubs, and other essential extras, for the restless barbecue boss who likes to experiment. My BBQ Box, meanwhile, sends a top-notch dry rub every month, with a recipe and instructions that’ll help your more talented groomsmen work barbeque magic. And the Smoke and Bones Woodshed box is designed for the bourbon-loving groomsmen, with a savory flavor every single month.

For the self-professed geek of the group

Times have changed since nerds were (wrongly!) seen as basement dwelling rejects; now, even the best-dressed and most debonair men tend to love comics, video games, and even anime. If your groomsmen’s other suits are cosplay outfits, a geeky subscription box could make for an excellent gift. Lootcrate is one of the original geek subscription boxes, delivering an assortment of exclusive nerd-centric items, including comics, t-shirts, vinyl figures, nerdy household items, and collectibles.

For the friend who needs to expand their palate 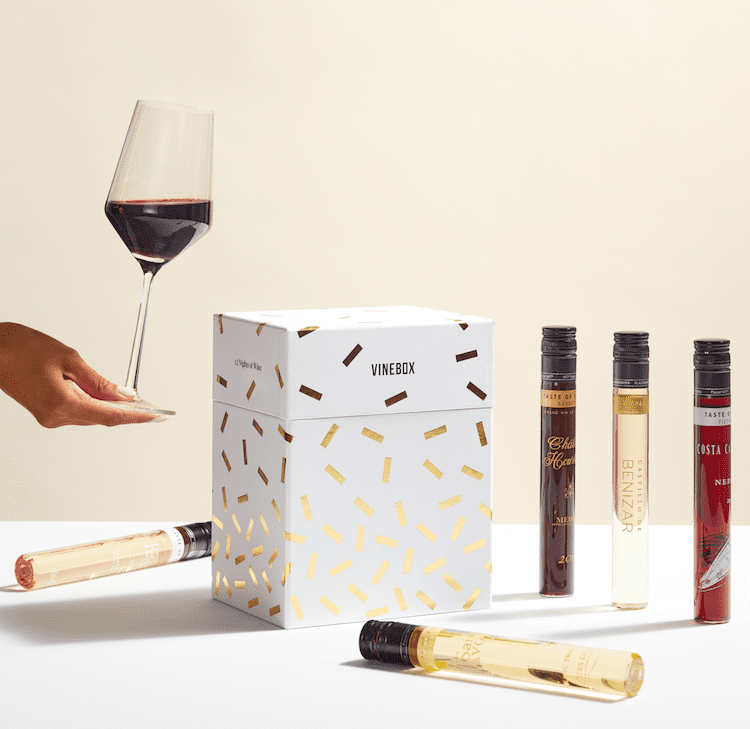 While you’re classing up your groomsmen, it wouldn’t hurt to give them an extended course in oenology, which is of course the study of wine and wine-making (you knew that). With Vinebox, you can do exactly that without encouraging bachelor party levels of drinking, as this subscription service sends seasonal varietals of both new and vintage wines in glass vials, which have the bonus benefit of looking awesome in storage. Your groomsmen will have a classy quarterly gift that won’t get them wasted (unless they save up an entire year’s subscription for one crazy night).

$35 per month at Vinebox

For the hipster friend 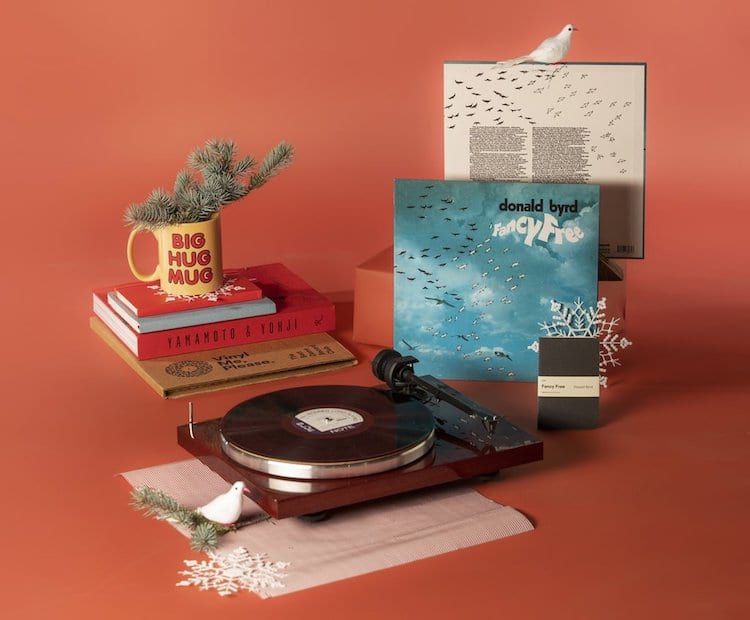 If your groomsmen are more into music than Marvel, hook them up with the record subscription club with the most polite name around: Vinyl Me, Please. It’s a monthly service that sends a specially pressed, exclusive record to subscribers based on their favorite genre (there are three to choose from) with new tracks from hot artists. It’s also a community, with a streaming station and online exclusives, so that even when they’re not near their turntable, your groomsmen can feel the music.

For the one who wants to try new beers, but from home

More liquor! There are actually a lot of beer subscription services, but we like and recommend the Craft Beer of the Month club because it delivers exactly what the name promises: Every month (or every other month, or every quarter, your call!), they send a dozen beers made by great independent craft breweries. The box comes with beers from two different craft breweries, four different styles in total, supporting small businesses and introducing you (let’s be honest, you’ll buy it for yourself in addition to your groomsmen) to great new suds on a regular basis.

For the friend who knew it wasn't just a phase

Got a nerdy groomsmen who is into comic books more than anything else? First of all, shout out to him for being an old school geek and sticking to the source material. Now, if the Lootcrate has too many distracting items, you can buy him the Comic Mystery Box, a monthly subscription service that sends them 15 comics a month, including valuable first issues, weird one-shots, big superhero titles, and oddball indie comics.