There’s something indescribably special about giving a friend something they’ll actually wear on your wedding day. A watch makes a fine choice for a groomsman gift—a finishing touch that commemorates the big day, and will remind them of your friendship in the months and years to come. Oh, and at the very least, it’s a stylish way to make sure the guys show up on time…

When choosing a great timepiece as a groomsman gift, you can approach the purchase from several angles. There’s finding the right price point, of course, but presentation is essential. And you’ll want to match your gift to each of your unique friends. We’ve included watches for men with all different lifestyles and aesthetics, whether your friends are into military history, tinkering, or Spartan races.

If you’re putting together packages, you can always pair these watches with other groomsman gifts, especially items like cufflinks and other accessories. But don’t worry—each of the watches on our list will impress as a standalone gift.

For the guy who loves old spy movies 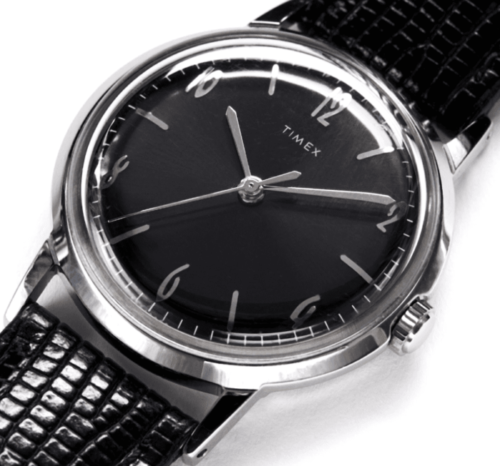 Timeless. Classy. But enough about you—this watch, modeled on a vintage piece from the Timex archives, is dressy enough for your groomsmen to wear on the big day, but casual enough for them to wear next time you get together for brunch.

For the no-nonsense stylish guy who likes clean lines 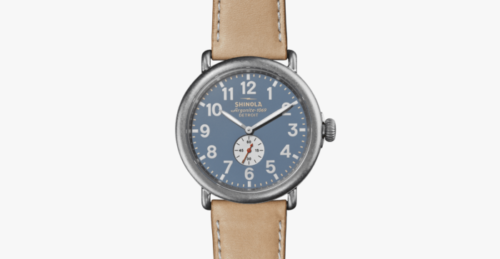 Shinola’s ruggedly handsome, built-in-Detroit watches have been a feel-good story for more than a decade, and their flagship watch is the kind of gift your groomsmen will long treasure.

For the gadget fan who likes art history, too 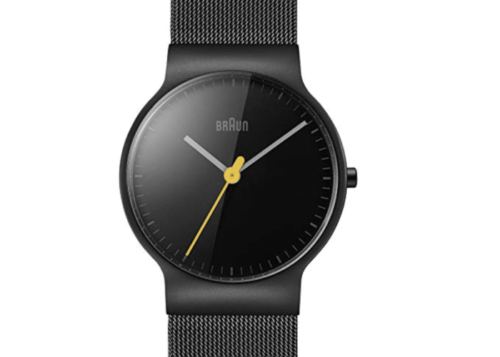 Think of this as the OG Apple Watch—no, it won’t track your steps, but yes, it’s refined, sleek and modern. (Apple creative guru Jony Ive has earned a reputation for, ahem, borrowing from iconic Braun designs.) Oh, and it costs a lot less than the Apple Watch, not that you love your groomsmen any less.

For the rugged guy who's obsessed with old war movies 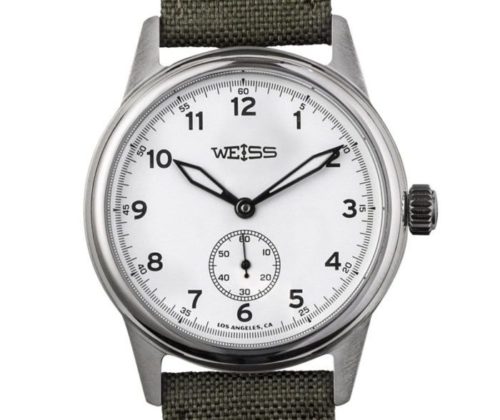 These California-made timepieces exude SoCal cool, and this particular watch is made by hand with a durable and eye-catching surgical-grade stainless steel, so it can endure whatever your groomsmen do to it—whether they take it camping or just drop it getting loose on the dance floor. Individually numbered so it feels extra-special.

For the minimalist, modern influencer 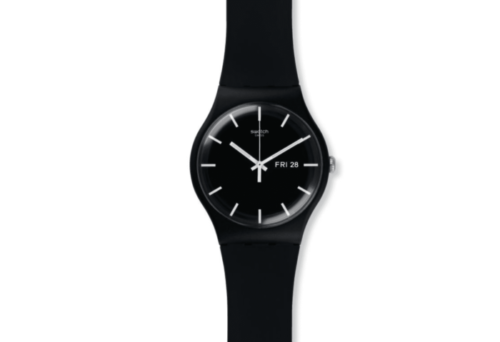 The iconic Swatch, but with a minimalist all-black look that wouldn’t be out of place on the big day itself. Affordable enough you could outfit all your groomsmen with it, and maybe yourself, too.

For the all-terrain extreme sports fan 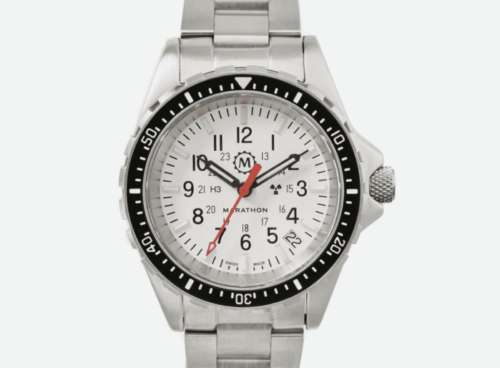 A Rolex-style steel-strap watch at a non-Rolex price. Swiss-made and designed for search and rescue squads (that’s the “SAR” part of the name), though hopefully you won’t need to put that use at the bachelor party.

For the guy who actually goes to old car shows 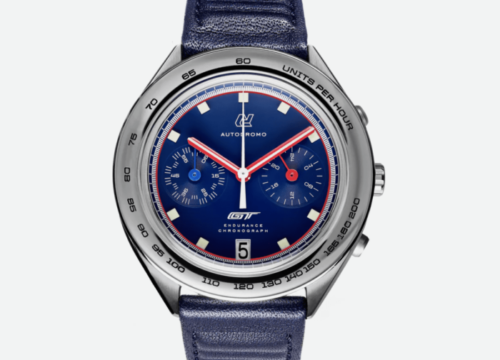 Inspired by the iconic 24-hour car race, this sporty watch is perfect for guys who love cars (or are really into Ford v Ferrari). And slightly more affordable than buying your groomsmen a vintage GT.

For the puzzle fiend who doesn't mind doing things himself 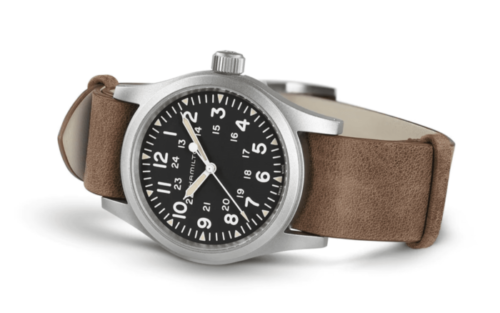 This is a versatile watch that your friends can wear to the wedding and everywhere after. And because it’s mechanical, not automatic—meaning you need to wind it to keep it ticking—this watch will appeal to a tinkerer type who likes to know exactly what’s going on under the hood. 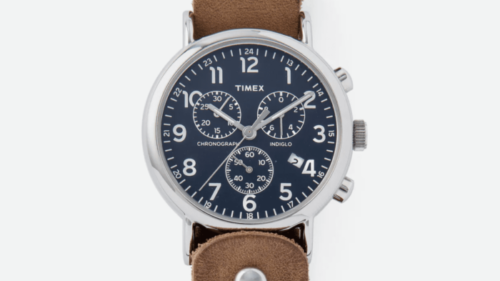 You might not know Horween, but you probably know the Chicago-based leather brand’s best-known work: The leather for footballs used by the NFL. The straps on this Timex are also made by Timex, so it’s a little like wearing a very stylish football on your wrist (but way less awkward).

For the guy who runs Spartan Races 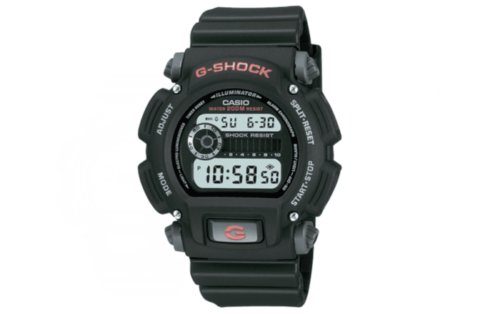 A classic, and a perfect rough-and-tumble gift for the action-oriented guys in your wedding party. There are many options to choose from, but we like this feature-loaded black version, which is water resistant down to 200m.

For the retro guy who was born in the wrong decade 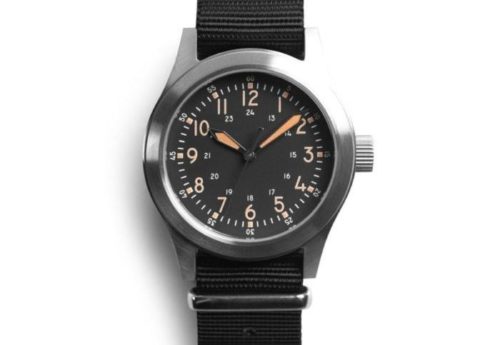 The MWC A-17 Korean War Watch, a reissue of Korean War-era military watches, is just the thing for your own band of brothers. The light-up dial and 30m of water-resistance ensure it’s as practical as it is nice-looking.

For the coffee snob who loves a good backstory 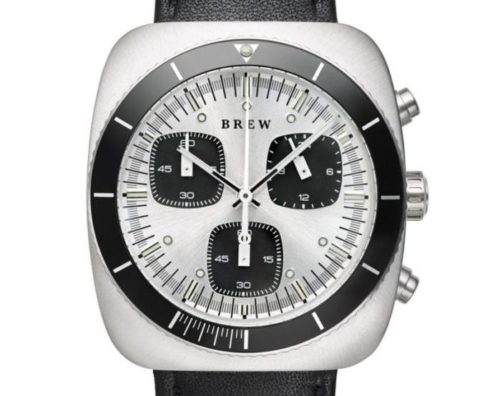 What’s better than meeting your friends for a cup of coffee? Treating your friends to a watch inspired by one. This popular watch owes its unusual, square-with-rounded edges case to espresso machines. (Hence the name.)