Why Does “XOXO” Mean “Hugs and Kisses”?

In my recent studies, I have been examining the love letters of yesteryear. There is a striking theme I have noticed across many of them; one that begged for further research. A decent portion of these correspondences end with a chain of familiar looking symbols, “XOXO.” What were they there for? What did XOXO mean? Where did XOXO originate? Having felt like I just stumbled across some alien language, I set out to find the answers, because if it was exclusively used for romantic purposes, maybe it could help my swipe game.

The research was off to an intense start. It may be hard to imagine, but I quickly found out that there was a time not too long ago when people didn’t have cell phones. It may sound like something out of a sci-fi novel, or even a post-apocalyptic, dystopian hellscape, but it was apparently the reality for billions of people up until a few decades ago. I haven’t been able to entirely confirm this as true, but the evidence is certainly pointing me in that direction.

The thought of living without a cellphone can seem scary to a lot of people. Someone older might say “that’s sad,” while I might respond “who asked you, you old bag?” In today’s world especially, they’ve become so intertwined in every part of our life. We use them to stay in touch, listen to music, pay our bills, and let’s be real–sex stuff.

In addition to all of those uses, cell phones have become an integral part of dating and relationships in the modern world. Not only do we use them to communicate with our partners, but now we’re freaking meeting them on the phone in the first place. So let’s jump back for a moment to those dark times before the phones, when seeing XOXO at the end of a letter was as exciting as getting a midday nude pic.

The Origins of “XOXO”

My research took me back to the middle ages and beyond, and the answers I sought out weren’t as glamorous as I had hoped. It turns out that the most commonly accepted backstory for what XOXO means lies in the olden days of Christianity. Way back when, it was common for those of the Christian faith to mark their letters and documents with a Christian Cross at the end or on the envelope, much like I mark my lunch I leave in the office fridge. That way, people would know they were involved with someone who had placed their faith in God (and that those chicken tacos are MINE, Jason. My NAME is on the container).

The “Kiss” part of it comes from people kissing the cross they just drew to bless it, or to give good luck to the person receiving the letter, much like they would kiss their bibles or a crucifixes. (Or is it cruxifi?) Legend has said that over time, the cross and the kiss became synonymous, and eventually it evolved into the X representing a kiss. It’s kind of like Christmas. It started out being exclusively about God, but over time we sort of added a bunch of our own stuff to it.

An Alternative Explanation for “XOXO” 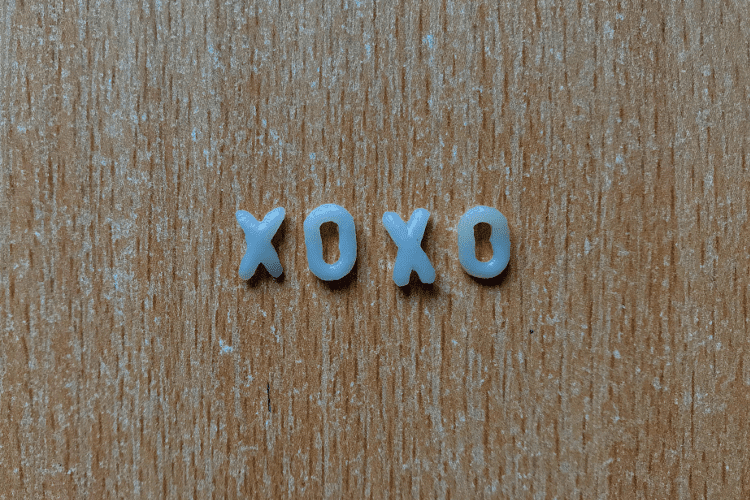 Another backstory I have heard about what XOXO stands for is much simpler, and it came from a place my research couldn’t have foreseen me going.  It has no ties to religions or the middle ages. In fact, it came from one of my friends who I just randomly decided to ask the other day. And to be honest, their explanation is pretty damn good.

According to this dear friend of mine, the X symbolizes a hug because when you hug someone, you cross your arms around their back, kind of making an X shape with your arms. Go ahead, do an air-hug to nobody right now to see if that checks out like I did when they told me! The O then symbolizes a kiss, because when you pucker your lips to kiss someone, they sort of make an O shape. And yeah, I know you’re about to test that out too. According to this friend, basically it’s just a cute way to show someone that you wish you were huggin’ and kissin’ them for real, rather than through a piece of paper.

The logic there is sound. When you hug someone you are getting that X shape, and when you kiss someone, you are making that O face (Well, not that O-face, but maybe one leads to the other if you’re lucky). This brought to my attention a great conundrum in the discourse of XOXO meanings. Maybe you picked up on it, but in the Christian origin, X means kiss, while in my friends origin, X means hug. And we all know that XOXO translates to Hugs and Kisses, Hugs being first!  Unfortunately I couldn’t find a true answer as to why this difference persists. We’ll just have to chalk it up as another great battle in the ongoing war of religious tradition versus modern logic. 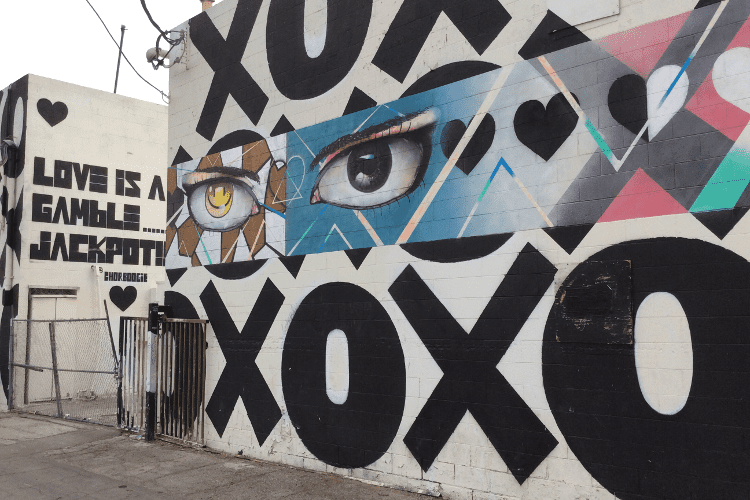 These days, I would downgrade the use of XOXO from “romantic” to “casual.” It definitely seems to have lost some of its luster in the modern age. You get a sense that back in the day, when you got a letter that ended in XOXO, it was a big, butterflies-in-your-stomach-inducing, deal. And if you were the one writing it? Oh doctor, you were serious, and you knew what you were putting out there.

Today however, it’s definitely a lighter affair. It kind of feels more like something you would get at the end of an incomprehensible text from your grandma, rather than a sexy text from your partner. It also seems like now it’s just an over-romanticized cliche running rampant throughout pop culture. To be totally honest, XOXO really just makes me think of Gossip Girl, and the sign off she’d use for every episode. It also brings to mind the popular top 40 hit “X’s and O’s” by Elle King, who is apparently Rob Schneider’s daughter. (I’d be hiding my true identity too, Elle).

While it may not be as strong of a proclamation of love as it once was, XOXO is still synonymous with hugs and kisses and will put a smile on anyone’s face. Get a little old school and try it out one of these days!