Diamonds are, apparently, a girl’s best friend. So what does that make moissanite? This mineral, often used in place of diamonds in engagement rings and wedding bands, has been a popular, cost-effective alternative for at least 20 years. Some, however, still believe it’s akin to proposing with a Ring Pop. But if your intended doesn’t feel that way, moissanite is a good option for saving money while getting her a beautiful ring. Here’s everything you need to know about moissanite to decide for yourself.

“Moissanite was originally discovered at the site of a meteor strike in Arizona in the late 1800s by Nobel Prize-winning chemist Dr. Henri Moissan,” says Sarah O’Dea, of Charles & Colvard, the premier and original maker of moissanite jewelry. Moissanite, (also known as silicon carbide) with its brilliant, shimmery façade, is actually incredibly rare. But in the 1980s, a company in North Carolina developed a process for producing crystals of moissanite. Later, jewelry incorporating moissanite was introduced in 1998 by Charles & Colvard, and continues to be a trend in wedding accessories today.

So what exactly is the difference between moissanite and diamonds?

Moissanite scores a 9.25 on the Mohs scale of hardness, while diamonds score a 10. This scale measures a gem’s ability to withstand scratches. Diamonds, at 10, are very hard and durable. And since moissanite is close behind at 9.25, it makes a great alternative for engagement rings and wedding rings since the gem can handle the wear of everyday use.

Colorless diamonds contain no trace of other shades. Colorless moissanite, on the other hand, may project hints of yellow or grey. With both diamonds and moissanite, color is more apparent in larger gems.

Brilliance, a gem’s ability to reflect light, gives it its sparkling appearance. Moissanite and diamonds reflect light in different ways, since their faceting patterns are different. “Gemstone fire or dispersion refers to how the stone breaks down light into spectral colors (the

rainbow effect) through double refraction,” says O’Dea. “When one ray of light passes through a moissanite gemstone, it is actually bent and refracted into two, emitting even more fire. This does not occur in a diamond, which only experiences single refraction.” While some people are partial to moissanite’s rainbow reflections, others prefer the classic radiance of a diamond.

When it comes to choosing between moissanite and diamonds, it really comes down to price. The cost of a moissanite ring varies depending on size and the quality of the stones, just as the cost of diamond rings varies according to cut, carat, clarity, and shape. Lab-produced diamonds are also less expensive than natural diamonds. But the bottom line is that moissanite jewelry is significantly cheaper than diamond jewelry: a 1-carat moissanite can cost around $400, while a 1-carat diamond can cost around $4,000. It’s a huge gap.

With this information on the table, let’s make a pros and cons list for buying a moissanite ring. 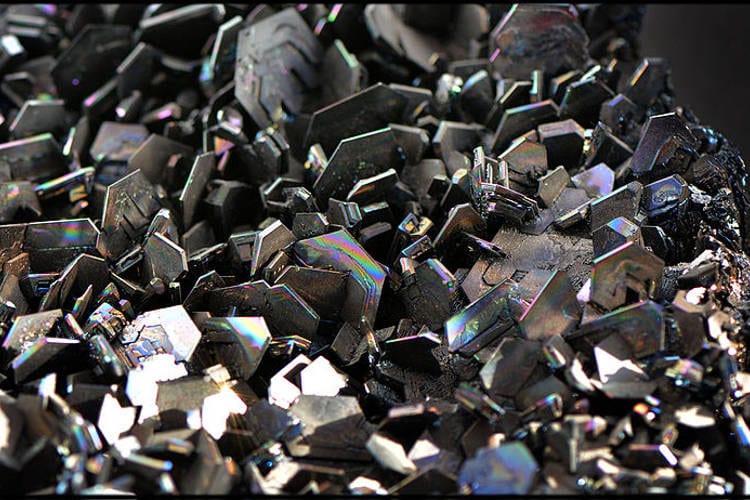 Artificial moissanite in its raw form.

Natural diamonds, on the other hand, are found in either kimberlite formations, miles underneath the earth’s surface, or in riverbeds and on the ocean floor. Most natural diamonds come from Africa, where large corporations dig miles into the earth’s surface to uncover the deep-earth gems. Or, they’re sourced through alluvial mining, a process that involves extracting the mineral from stream bed deposits. This process, often done by hand, is much like the gold mining of the 19th and early 20th centuries. Both forms of mining are surrounded by controversy, as the heavy machinery causes pollution and the destruction of natural environments, and miners in Africa are often paid incredibly low wages to work in highly dangerous conditions. Those looking for a more ethical choice often select moissanite, which is produced in labs.

Moissanite is highly brilliant (or “Sparkly”).

As mentioned above, moissanite is known for its sparkling, rainbow light reflections. According to O’Dea, it’s actually 10-percent more brilliant than diamonds. “The most significant optical property affecting a gemstone’s brilliance, or sparkle, is the brilliance refractive index (BRI),” says O’Dea. “The BRI of moissanite ranges from 2.65 to 2.69, making it more brilliant than any other gemstone–including diamond, which has a BRI of 2.42.”

It comes in a variety of colors.

For individuals with nontraditional style, moissanite makers like Charles & Colvard offer other gem color options, including lab-created green moissanite gems, in honor of their commitment to being environmentally responsible. 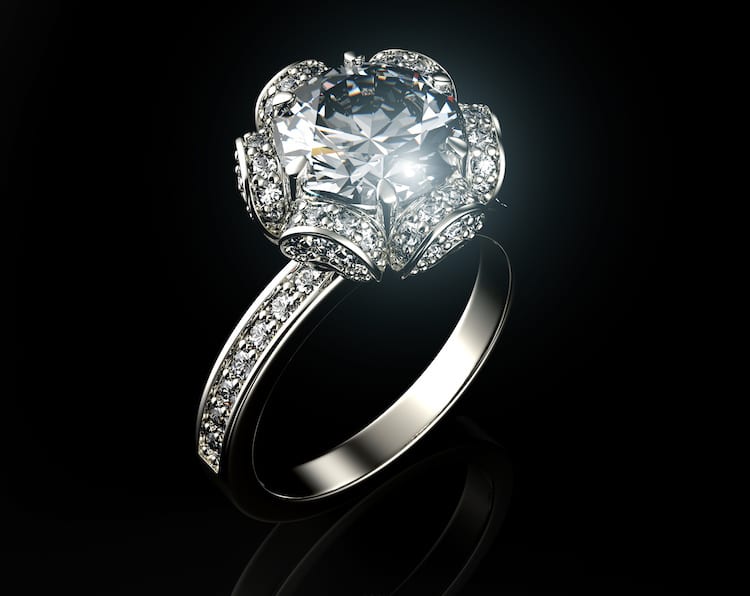 While the two gems may look similar, they’re not the same thing. Many still believe that buying moissanite is “faking it.” And if we’re talking engagement rings, your fiancé could be mortified to find out her ring is a moissanite gem instead of a “real diamond.” A diamond ring represents tradition, and buying moissanite can be seen as breaking tradition.

The telltale sign of a moissanite ring is the gem’s slightly yellow, grey, or green tint. Those who love the pure, translucent look of a diamond might be put off by the subtle hue of moissanite.

It’s created in a lab.

Some individuals prefer lab-created moissanite for moral and ethical purposes. But for others, the appeal of a (natural) diamond is that it comes from the earth—that’s what makes it rare, special, and fitting for a ring that’s meant to be worn for life.