This week sees the release of Crazy Rich Asians, a film that is being celebrated as much for its rom-com charm as for being the first major Hollywood film since 1993’s Joy Luck Club to feature a predominantly Asian cast. Based on the best-selling book of the same name, Crazy Rich Asians is about a young Chinese-American woman who accompanies her boyfriend to Singapore to attend a family wedding. During the trip, she discovers that he belongs to a fabulously wealthy clan, the head of which, his mother, disapproves of her. Hilarity ensues.

While we haven’t seen the movie yet, we’ve watched the trailer about 15 times, and it’s left us with one question. No, not “will the star-crossed couple end up together,” because of course they will, but “Are Asian weddings really this over-the-top?”

First, a disclaimer. We realize that “Asian wedding” is a ludicrously broad term. Asia is made up of thousands of cultures, with weddings that range from the Hindu and Sikh traditions of India to the Shinto and Buddhist rituals of Japan. Also, there are nearly 5 billion people in Asia: if every married couple threw a wedding as elaborate as the one in Crazy Rich Asians, the region would go bankrupt.

So is the wedding at the center of the film completely unrealistic? Do even the super rich of Asia go this far?

Well, apparently yes, at least once in a while. The gold standard seems to be the wedding of Chinese film/TV stars Angelababy and Huang Xiaoming. In 2015, the couple dropped the equivalent of $31 million on their big day, which, according to Forbes, included a 10-foot tall cake, a holographic castle, tens of thousands of roses, and a custom gown that took 5 months to create. There were 2,000 guests, all of whom went home with new cell phones in their goodie bags.

Surely, this was a one-time thing, as much a media event as an actual celebration. The bride and groom, after all, are known as the “Kim and Kanye” of China. 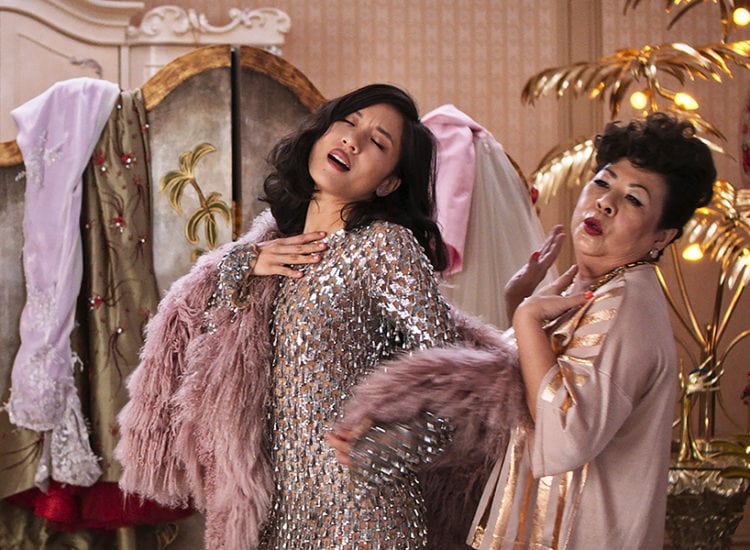 But there’s a whole subculture of Chinese youth for whom ultra expensive weddings are just part of living your best life. Known as “fu’er dai” (pronounced foo-er-die), these children of China’s first wave of successful businessmen have grown up wealthy beyond anything their grandparents could have imagined. They worship high-end consumer culture and promote it on their social media channels. They throw lavish and expensive weddings (also extensively documented on social media) like this one, where the flowers cost over $500,000 and the decorations came in at a cool $1.5 million.

This is not typical, of course. An industry study from 2014 found that the average price for a Chinese wedding was the equivalent of $12,000–about half of the $25-30,000 that Americans spend. On the other hand, the average yearly salary for China’s urban workers during that time was roughly $8,900, so still a pretty big outlay.

The other thing to keep in mind is that Crazy Rich Asians doesn’t take place in China, but in Singapore, which is an independent state on the Malaysian peninsula. Singapore has a significant population of ethnic Chinese, and a small percentage of these are hyper-wealthy. So unless you belong to that extremely select group, you’re probably not having a Crazy Rich Asian wedding. But if you are part of that group, according to one entrepreneur who grew up in Singapore, the original book’s depiction is actually pretty accurate.

What’s The Moral Of This Story?

What this all shows, in the end, is that when it comes to weddings, things aren’t that different in Asia than here in America–most people spend a bit more than they can afford, an ultra-privileged few spend a ludicrous amount, and everyone goes to the movies to be reminded that there are more important things than money. Which, to quote the heroine of Crazy Rich Asians, “is exactly the sort of thing a super rich person would say.”

“How Do I Choose Between DJs?”

Real Wedding Costs — for All Budgets

If you’re clever and creative, you can have an epic wedding even on a budget. Here’s what you need to know to plan and throw the wedding of your dreams.

What Do Wedding Planners Do Exactly?

To help better understand the return on your investment, we chatted with experienced wedding planners who broke down their process, step by step.

How To Save Money on Wedding Invitations