How To Negotiate With Vendors

Make The Space Work For You

Look Before You Book Your Venue

The Awkward Wedding Guest: A Glossary

You and your bride are not just the center of attention at your reception, you’re also the hosts. This means you also have to deal with any problems that arise with your guests.

The average wedding in the US has 139 guests, so at least a few of them are going to annoy you. “As a couple, it’s important, especially during this planning time, to be brutally honest without being brutal,” says Elaine Swann, wedding expert star of Fox’s Kicking and Screaming. “What I mean by that is just tell the truth without tearing people down.”

A firm grasp of wedding etiquette is required. Here are the 5 types of annoying wedding guests:

There is always that one table, the one by the kitchen, where you put the single people, your crazy cat lady cousin, and the ex your fiance insisted on inviting because they’re such good friends. Sometimes people will be grateful just to have been invited, but others…not so much.

“Placement at a table and placement of the actual table send a clear signal about your feelings. It absolutely lets a guest know what you think about them,“ says Swann.

If you can, make a point to swing by this table during the meal. You may have to sit through a long description of the new rescue tabby your cousin is fostering, but it will mollify anyone else whose feelings have been hurt. Besides, you’ll probably be called away by some other guest drama within a few minutes. 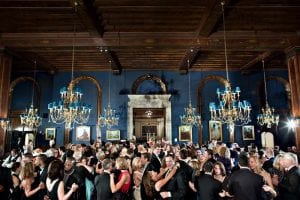 The Guests With The Awkward History

What if the various members of the wedding party have hooked up with each other at some time in the past? Or some of the bridesmaids just hate that one groomsman friend of yours?

“Seat [these] people at opposite ends of the tables or at opposite tables,” says Swann. If you can’t keep track of all the hookups, then just seat all the groomsmen on one side of the venue and all the bridesmaids on the other. Those who want to find each other, will. 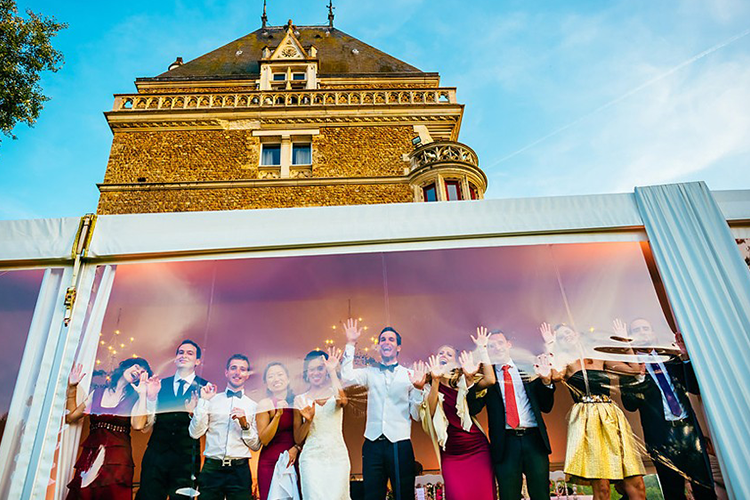 The Guests Who Don’t Know When To Shut Up

Obviously, if your guests have read The Plunge, their speeches or toasts will be succinct, masterful and hilarious.

But too often, people try to wing it during their toasts, and end up droning on and on–inevitably bringing up something inappropriate, like the groom’s foot fetish, or the bride’s awkwardly-placed OneDirection tattoo.

“The best thing to do,” says Swann, “is to give guidelines in person: tell them about how long (I suggest 1-3 minutes), then mention things you prefer they leave out: drunken nights, past relationships.”

Your only role once the toasts and speeches start is to sit there and smile. Make sure you have a moderator, someone who knows how to smoothly cut a speaker off without appearing to. “It can be the DJ, the band leader, the wedding planner,” says Swann. “Someone involved with the reception execution, but not necessarily a family member.”

The Guests You Don’t Want At The Afterparty

If you’re having an afterparty, you want it to be lit–and some guests are just party energy-sucking monsters. They can’t help it, but you still don’t want them there.

Swann’s advice is to be discreet, plan everything in advance and do not talk about the party during the reception. Make sure Frank the Tank doesn’t start yelling “Time for the afterparty! Let’s go!” as the reception is starts to draw down.

The Guests Who Are Now Legally Related To You

Once they were just your girlfriend’s family. Now they’re your in-laws.  Which means that if they’re being annoying, you can’t just tell them to go to hell.

Some in-laws may have strong opinions about you or the way you and your wife arranged the wedding, and they may feel they have the right to express themselves. You should not be dealing with them.

“Find yourself a really great advocate who is on your side but also has a good rapport with the in-laws,” says Swann. Maybe a funky young aunt, or a cousin who’s particularly good with people.

Being surrounded by wedding guests is the whole point of having a reception but, as with any gathering of people, there’s bound to be some trouble makers. Enlist your friends to run interference for you, so you can enjoy yourself to the fullest.

The Wedding Guest List: How to Organize and Manage Invites