Photo by @raech78 via Twenty20

OK, first the good news: This decision is not on you. She’s not going to take your advice on this, one of the most iconic elements of her wedding: the father-daughter dance.

You need to pitch a song to her that shows you “get” not only daughter, but daddy as well. A song that captures their relationship—or, at least, an idealized version. A dance that fits the tone of the wedding, even if it feels less “traditional” than you might choose yourself. Actually, it’s probably a good idea to have a conventional pick in your back pocket in case your unconventional choice prompts some side-eye from your bride.

Though her father may not get any more of a say in this decision than you do, you’re looking to please him as well (and don’t for a moment think your suggestion won’t get back to him.) This is their symbolic “goodbye,” and it has to be just right. It has to be the perfect song.

Below, please find a wealth of selections to choose from. Whether it’s a slow ballad that evokes memories of hoisting his little darling onto his strong shoulders, or a bangin’ modern pop song that reminds him of those Taylor Swift concerts he drove her to, waiting in the parking lot to make sure she got home safely, these will hopefully make both bride and father feel moved and sentimental.

Pore over our picks for the best tunes for your father daughter wedding dance, and suggest your favorites to your bride-to be. (And don’t forget to check out our Mother-Son dance song list — not only will some of those songs be appropriate here, but you also need to pick that songs as well. )

The songs everybody knows…well, at least, the songs your bride and her friends know, which is what really counts, right?

Leave it to Queen Bey to wax the perfect tribute to every daughter’s daddy. The all-grown-up Destiny’s Child delivers the perfect blend of smooth groove, acrobatic warbling, and the kind of lyrics that cut straight to the heart. Oh, it’s so emotional. The whole song basically says you’ll probably never measure up to Daddy, but that’s exactly what he needs to hear at that moment. This one will still be a standard when you’re the father of the bride.

You Raise Me Up – Josh Groban

You need guaranteed tears? The stirring melody, uplifting sentiment, and Celtic strains straight out of Braveheart combine for the perfect daughter-father slow dance that will leave all the women crying. And what father doesn’t want to hear that he’s raised his daughter to be more than she can be? (Yeah, we know that last bit makes no sense. Just go with it: it’s a wedding.)

Some brides prefer a more laid-back musical backdrop to their father-daughter dance, and John Mayer brings a nice, easy backbeat to his quietly impassioned acoustic tribute to the parent-child bond.

If dad and daughter are a bit on the nontraditional side, and the blue-haired members of the family can handle lyrics like “I saw you when you came out,” you can’t do better than this heart-tugging piano ballad from the usually far more snarky crooner.

True, most of the lyrics seem to be about Taylor’s mom. But she does mention her dad in there a couple of times, and most of the lines in this country-pop charmer evoke the joys of childhood and the wonders of parenthood. A gentle midtempo number that will allow for lots of father/daughter hugging and won’t tempt her dad to break-out his old break-dancing moves.

Also known as the “That’s My Daughter In The Water” song, this adorably off-kilter choice has provided the soundtrack to a million home videos of little girls playing in kiddie pools or sprinklers. So there’s a good chance it already has a place in her (and his) heart. There are those who get Loudon and those who don’t. The first group is a lot smaller than the second. But if your intended has an offbeat sensibility, this is a great choice. 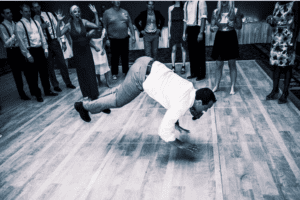 And Now, The End Is Near: The Best Last Dance Wedding Songs

A stone-cold modern country classic, it might be a little too on-the-nose for some, but the simple sentiment and slow build make it the perfect choice for others.

So we admit this one might be hard to pull off if your bride didn’t grow up barefoot in rural Kentucky—or if her dad made his money as a dentist, or an accountant, or an investment banker—but that said, this is a beautiful slice of classic country, full of a famous daughter’s love and appreciation for her dad. Go for it: we’re sure Loretta Lynn would approve.

For the more devotional crowd, this tenderly orchestrated, gruffly crooned classic evokes all the emotional landmarks of growing up, and of bringing up a beloved child.

She needs to hear this from her father, and if it takes Trace to find just the right words, so be it. This upbeat song is about all the lifelong memories made while “she thinks we’re just fishin’.”

More than anything, this is basically the upbeat, male-sung counterpart to “I Hope You Dance.” If your mom is insisting on dancing with you to Lee Ann’s Womack’s “I Hope You Dance,” this one will be perfect for dad and daughter.

Your parents’ generation knows and loves every one of these songs, so you can’t go wrong.

You Are So Beautiful – Joe Cocker

No, Joe’s not singing about his daughter, here, but “you’re everything I hoped for” is exactly the sentiment guaranteed to give daddy all the feels, and the slow burn makes this dance feel as dramatic as it’s supposed to be.

For dads and daughters who love to use the whole dance floor, this gently upbeat number is always a winner. Did the maid of honor just dance to this one at her wedding? There’s always “You Are the Sunshine of My Life.”

Dance with My Father – Luther Vandross

She’s a Rainbow – The Rolling Stones

A psychedelic classic from just before Mick’s singing style got a bit too…leery for father-daughter dance songs, this colorful tune is just right for boomer dads and their rocker chick daughters.

If her dad is a big fan of the Mac’s monster hit album Rumours, then you might be tempted to suggest “Oh, Daddy,” but this is the one you want to go for. Aside from the fact that he’ll probably remember when Bill Clinton made this his campaign song (a problem if he’s Republican, of course), “Don’t Stop”  is a wonderful choice because it’s all about looking forward to great things ahead. What better wish could a dad have for a daughter on her wedding day? 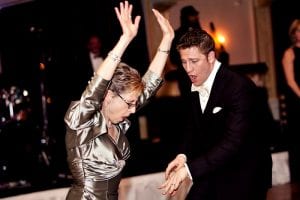 For the less sentimental variety of dads and daughters who just want to tear up the dance floor.

“There can never be a father loves his daughter more than I love you.” Shuffling along easily on a strong and steady backbeat, this poetic and sincere tribute ranks right up there with Rhymin’ Simon’s timeless masterpieces.

Count on Me – Bruno Mars

The lyrics remind daughter that daddy’s always there for her, the rhythm keeps all the guests bouncing along, and Bruno’s sexy, soaring croon will get some other fathers’ daughters daydreaming about their own nuptials.

When Tom allowed himself to get tender and vulnerable, he penned the most beautiful and tear-jerking tunes, and this celebration of young womanhood may just be Peak Petty.

While we generally don’t encourage dads at the wedding to make fools of themselves on the dance floor, we always encourage the inclusion of James Brown in the mix–so if they happen to bust out the camel walk or the mashed potatoes with their little girl, we’re not going to grouse. Besides, ten seconds into this one and everyone will be on the dance floor: he may have passed away, but James Brown is still the hardest working man in show business.

We couldn’t resist. Yeah, we know that even if your wedding is of the shotgun variety, no self-respecting bride is going to choose this as the virtual theme song of her nuptials. However, if your lady—and her papa—and the wedding guests, including those on your side of the aisle—have just the right warped sense of humor, this may actually be a fun way to get the reception rolling. We’re just saying.