Maybe it took mainlining the entirety of Game of Thrones. Or maybe you’re just a really big fan of Sigur Rós. Either way, you’re suddenly thinking Icelandic honeymoon. Iceland lives up to the hype and really is as beautiful as you imagine—even if you’re not ready to go full Jon Snow and disappear into the wilderness. Want to hike a glacier under the midnight sun? You can totally make it happen. (Just be warned: Mid-June through August is when tourism is at its height so if that conflict with your calendar then take a look here.) Prefer to cuddle in a hot tub under the northern lights? Yes, that too can be arranged. Because of extremes in topography, light, and weather throughout the year Iceland is the rare country that can be all things to all people. (Well…most of them, anyway.)

The Pros & Cons of Iceland

The good news: plane tickets are cheap. It’s an unsolicited mantra you’ve probably heard (repeatedly) from any friend who’s ever made the Instagram-friendly trek. Flights are inexpensive! They’re giving them away! You’re practically losing money by not booking a ticket! Thanks to discount airlines like WOW (which has barebones pricing if all you’re after is a carry on and an adventure), and Iceland Air’s stopover program—where you can buy a ticket to any European city and throw in a layover for free—this isn’t entirely untrue.

The bad news: this is the only time you’ll ever hear the word “inexpensive” applied to Iceland. Tourism is the country’s main economic driver, which means you’ll be taken care of. But you will pay for it, particularly since tourism has expanded five times since 2010. Basic hotel options like the Center Hotel collective clock between 200-300 dollars a night, while lavish options like Blue Lagoon’s Silica hotel start north of $500. Day trips from popular tour agencies out of Reykjavik run between $150 and $300 dollars per person. And taxes on alcohol are extremely high as well (nearly 80% of the sale price)—so plan on going easy on the bubbly or drink during happy hours. And plan on planning!

Remind Me: Why Iceland?

For a nation of 334,000 Iceland has made an incredible impact on global travel, especially when you consider that even a generation ago, the island was considered nothing but a small fishing country. Thanks to dramatic topography full of valleys, lava planes (and active volcanos!), black sand beaches, and incredible cliffs (plus Björk!) Iceland tourism has grown to over 2.1 million visitors every year. Icelandic (which Lord of the Ring fans will peg as the influence for Elvish) is the official language—but they’re also a nation of English speakers, and the majority of the signs and population are bilingual. (Many people you meet will default to English.) Keflavík Airport, the nation’s main international hub sits 47 kilometers outside Reykjavik with buses every half hour day and night into the city and regular connecting flights to the US and Europe. Oh…and the crime rate is so low the police force have time to run this Instagram account. They also have an unprecedented high satisfaction rate among tourists: of those who have visited the country, 98% say they would return.

Iceland is quick to cash in on their reputation as a romantic location—so honeymoon packages are easy to come by. For the best deals, try Eskimos, which customizes your package by both season and expectations. (Romance and solitude, luxury, boutique stays…ect.) Iceland Unlimited also offers packages for different areas of the country, including self-driving options. If the hearts and flower pressure feels a little too intense, you can check out Baltic Travel Company, which dials down on the swoony hype-heavy phrasing and allows the beauty and romance of the country to speak for itself.

Where To Stay in Iceland

You’re probably going to spend the majority of your time in the area surrounding Reykjavik. The majority of tourists do—from city sights like Hallgrimskirkja church (where you can get a bird’s-eye view of the city) to the Penis Museum (shockingly not as juvenile as one would expect) there’s plenty of ground to cover.  But if you’re looking to go farther afield, here are a few additional regions worth exploring.

The Westfjords are a dramatic stretch where the high mountains come almost up to the sea. Go puffin spotting on the Látrabjarg cliff, or relax in hot tubs at the beach in Drangsnes.

Head to Northern Iceland and you’ll have some of the best chances to see whales at Hauganes. This is also home to some of the country’s best lava field spotting, including Krafla and the Lofthellir Lava Cave.

Best Attractions and Activities in Iceland 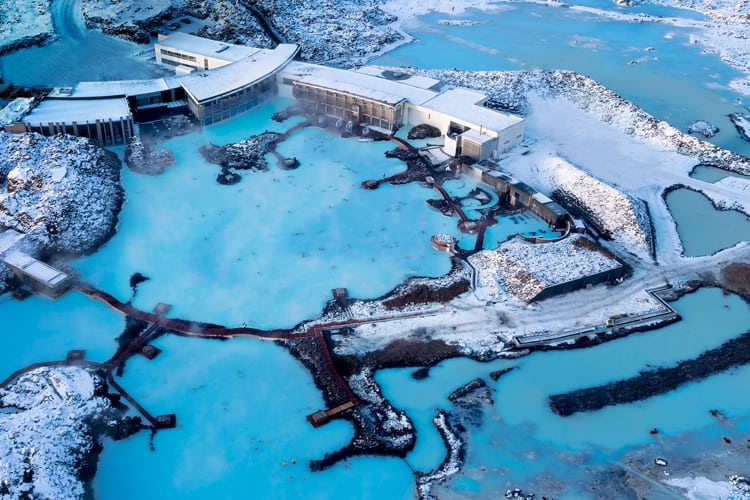 We’re not going to tell you to not go to the Blue Lagoon. (You’ll probably hear enough of that from locals.) It’s big, it’s blue, and with in-water massages and a waterside bar, you’ could easily spend a whole day. But with prices hovering at the $100-dollar mark, and everyone and their kids making the trip, you can do better if you’re after a more low-key romantic experience. Rent a car and head to the Secret Lagoon in Flúðir, where you can float on a pool noodle, feel the lava pebbles under your feet, and actually see the tiny geyser heating your water. (They also offer bottle service.) Up for an adventure? Grab a day flight 450 kilometers north Akureyri for a soak in the Myvatn Nature Baths, where you and yours can relax in the sulphur-heavy blue water, which locals claim can cure everything from asthma to arthritis. Most tourists don’t make it this far north (fun fact: it’s only 37 miles below the Arctic Circle) so depending on the time of year you may have the place all to yourself.

Music is hard-baked into Icelandic culture. If you’re hanging out in Reykjavik, check the show listings at Harpa. The impressive building looks like the architectural equivalent of the Northern Lights, and hosts classical music festival Darkest Days in January and shows during Iceland Airwaves in November. If big-tent music festivals are more your thing there’s Secret Solstice, which features upcoming Icelandic acts along with more mainstream bands with special performances in lava caves and glaciers.

Chances are you’ve picked Iceland because you or your partner have at least a passing interest in nature. Get out and explore. It’s a competitive market, so start with your goal (horseback riding, glacier exploring, swimming, specific landmarks) and then compare prices. For a more flexible schedule rent a car and hit the road. (Just make sure you’re comfortable driving in inclement weather, rain during the summer and ice during the winter is always a very real possibility.) Popular places to start include the Golden Circle (A loop where you can see an active geyser, crack in the earth’s crust, and the country’s largest waterfall), the black sand beach at Vík, and Reykjadalur Valley here you can swim in a warm river. 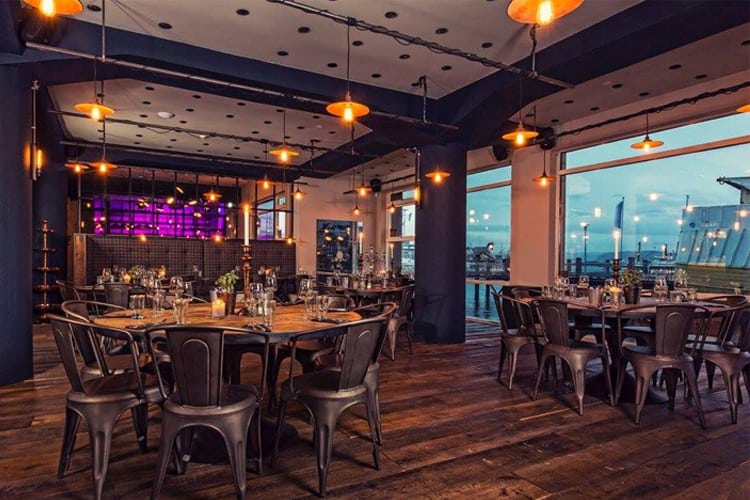 Check out Bryggjan Brugghús for high-end pub food served with some of the brewer’s select craft beers, still something of a novelty since beer was illegal between 1915 and 1989. Stop by for a meal or sign up for the brewery’s “Beer School” an hour-long educational course where you’ll be able to sample different beer and food pairings. Tours of the facility are also available.

An Italian inspired eatery in downtown-Reykjavik is so exclusive Hverfisgata 12 is referred to by its address, or simply “Pizza With No Name.” Stop by its cozy, candle-lit interior for craft cocktails (still a fairly new trend in Iceland), or for crazy pizza creations that in the past have included a potato take, and blue cheese-walnut-beet creation.

Út í Bláinn at Perlan is a museum that showcases the natural wonders of Iceland. (Believe it or not, crawling through a fake ice cave is actually more fun than you might think.) Housed in its upper dome is Út í Bláinn, a lavish restaurant that focuses on seasonal ingredients and twists on traditional Icelandic cuisine, served alongside some of the best views in the city.