Paris, France is often referred to as “The City of Love.” The city has been associated with romance for centuries, so you can’t go wrong with a honeymoon here.

Paris is home to some of the world’s most notable landmarks, including the Eiffel Tower, The Louvre museum, Notre Dame and the Champs-Élysées.

Summer is the time to honeymoon. If money is no object, book your trip over the summer (from June to September) when the weather is at is prime.

It’s also the busiest time to go, which means hotel rates and airfare will be high, and the sites may be crowded.

Spring and fall are also great times to visit. The best time for deals is over the winter (January to March), where you’ll find the cheapest airfare and hotel rates. Temperature can hover around 30. December is an excellent time to visit, as the entire city is lit up with Christmas lights, which only enhances the romance.

Parisians actually love it when you make an attempt to speak French. We’re not talking full-on conversations here, but it’s simple good manners to use words like bonjour, madame/monsieur and merci. You’ll be surprised at the good will it engenders.

Couples can find excellent packages that include other France destinations, like beach towns (St. Tropez), wine country (Bourdeaux) and ski resorts (Chamonix). It’s become popular for honeymooners to split their time between Paris and another destination in France.

Cost Of A Paris Honeymoon

A honeymoon in Paris varies. It’s a destination that draws all types of visitors, whether you’re on a budget or looking to splurge. At the time of writing, the Euro is considerably weak, while the US dollar is strong, so Paris hasn’t been this affordable in decades.

Honeymooners on a budget will be stoked to find a number of exceptional hotels that are easy on the wallet . There are city passes and museum passes available to help you save even more, and the public transport system is extensive and cheap. There’s also great markets for shopping, casual restaurants and plenty of free activities.

Honeymooners looking to splurge will find some of the world’s most famous hotels here. Many feature mind-blowing suites (insert most romantic suites in Paris story). In Paris, couples can spend a fortune on Michelin rated restaurants as well as the high-end comforts like limos, private yacht trips and private tour guides. Amenities at five-star hotels will be pricey, like room service and spas.

Guide To The Arrondissements

In Paris, there are 20 arrondissements (essentially neighborhoods or districts). The 1st arrondissement starts in the center, then the rest follow by going clockwise until the 20th hits the eastern tip. Each arrondissement is assigned a district name, and the first ten are the most prominent (from the 10th to the 20th, it gets pretty residential and out of the way, but you can still head out for great street markets, cheese shops, smaller museums, some three and even four star hotels and amazing views of the Eiffel Towe r.

1st and 2nd arrondissement: The Heart

Geographically, this is the center of Paris, and it’s also the oldest district. Here you’ll find major attractions like The Louvre, Les Halles, The Palais Royal and the Tuileries Garden. 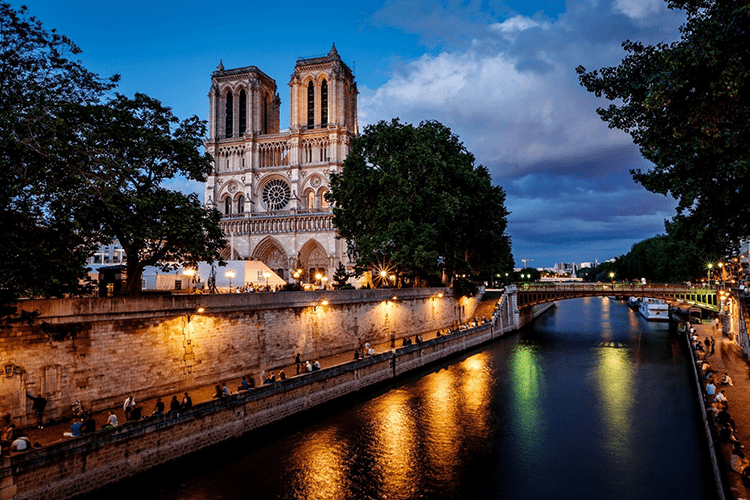 One of the oldest neighborhoods in Paris, Marais is also one of the most beautiful, as it was long favored by the aristocracy. Here you’ll find the Picasso Museum , Notre Dame and tons of 17th century mansions and buildings as it was favored by aristocracy. It’s also a good center for nightlife, cafes and shopping.

The Latin Quarter dates back to Roman times, and it’s exactly how you’d picture the romantic, old side of Paris: winding cobblestone streets and beautiful old buildings. Because it’s relatively cheap to live and there’s a university, it has a high concentration of students.

Home to Luxembourg Gardens , the 6th arrondissement is one of the most expensive areas of Paris. It’s a total hangout for bohemians, intellectuals, scientists and artists. You’ll find a huge selection of boutiques and art galleries.

One of the most tourist-heavy districts, the 7th arrondissement is home to Musee d’Orsay , Les Invalides and, the mother of all attractions, the Eiffel Tower . 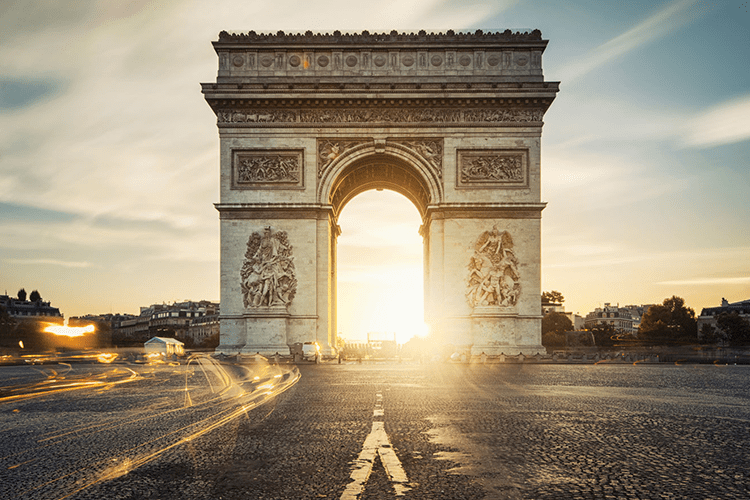 Even if you’re not planning on attending a performance, the 19th-century opera house (Palais Garnier) is stunning to look at. Just north in Pigalle, the famed Moulin Rouge is worth a gander. The Opera hood is residential with an artsy edge, and it’s home to great hotels that won’t break the bank . You’ll find fine examples of Bell Epoque architecture here, as it was home to the burgeoning bourgeoisie during the early 1900s. 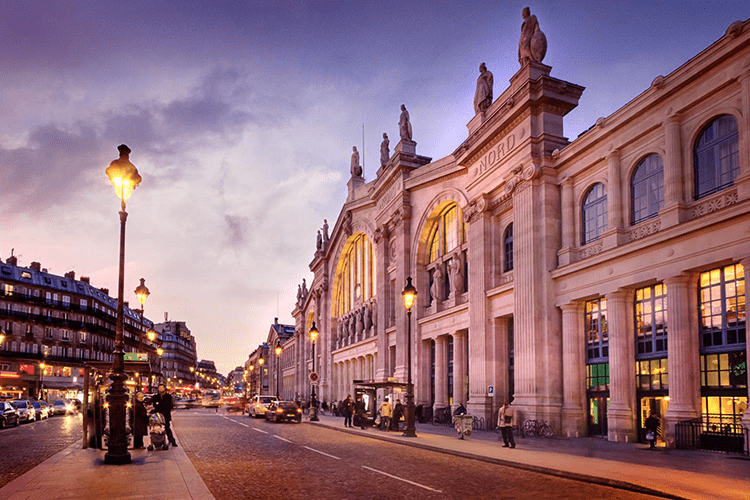 This hood is quite literally named after the two largest gares (train stations), which can be explored just for the architecture alone or if you’re doing day trips, like Palace de Versailles .

Best Attractions And Activities In Paris

There’s never enough time to see and do everything that Paris has to offer, but these are the essentials.

Explore historic hotels. Even if you’re not staying in a five-star hotel, you’ll want to visit as many as you can. History resonates within the walls of legendary hotels, many of which are more than a century old. From swank lobby lounges to upscale restaurants, these hotels capture the essence of high-society Paris with stunning décor, history and amenities. These are the most extraordinary hotels in Paris , and some of the best bars  are inside these hotels.

Visit a museum. The museums in Paris are legendary. Here are five of the best ones. 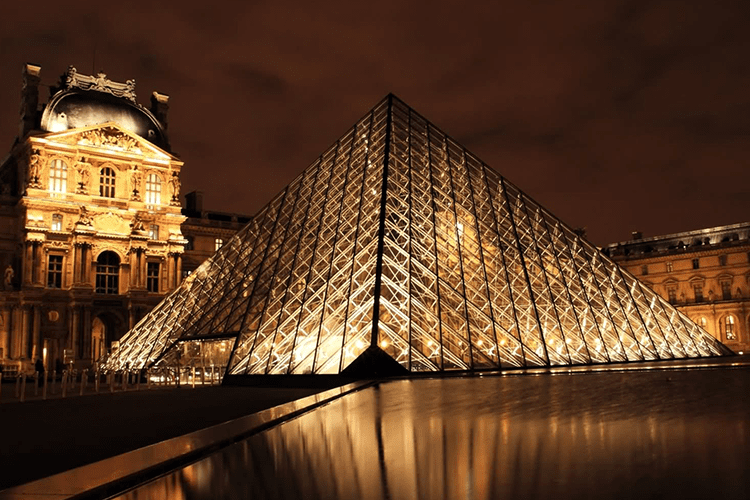 The Eiffel Tower. The most famous tourist attraction in France, and one of the most iconic in the world, the Eiffel Tower is a must. The best views are in these locations

Get romantic. Love comes easy in Paris, one of the most romantic cities in the world. You’ll often find yourself involved in public displays of affection here, and no one will bat an eye. While the city lights up magically at night, these are the most romantic spots  you’ll want to check out by day.

Top Restaurants And Nightlife In Paris

Expect to be wined and dined. Paris has an incredible 144 Michelin-rated restaurants, the second most in the world after Tokyo. You’ll find them all over the city, and you’ll want to make reservations in advance. French cuisine remains one of the most progressive, advanced, and satisfying, and has influenced top chefs all over the world.

Bars in Paris are stunning and sultry, romantic spots for the perfect nightcap . There are dozens of nightlife options. In fact, Paris nightlife is definitely underrated. You’ll find swank lounges, EDM clubs, busy bars and everything in between.

Paris is a dream honeymoon destination and, thankfully, couples of every budget can afford it. With all the fine dining, museums, luxury hotels, attentive service and exciting nightlife, it doesn’t take long to fall in love with the “City of Lights” (another of its nicknames).

While a steady 20 million visitors visit every year, summertime is the best time to go if money is no object.