Should You Go “Ring Shopping” Together?

Here’s a thought experiment. Imagine that before your fantasy football season, your girlfriend is entrusted with your entire draft. She will do the research, make any trades, monitor the preseason injuries, rank the players, and pick your entire team…with utterly no input from you. But wait–it’s even scarier. Now imagine that this is a league. Would you trust your girlfriend with this responsibility, or would you want to provide as much input as possible?

This is just like buying an engagement ring. It’s complicated, it’s stressful, it’s a complete shot in the dark, and it’s easy to screw up. How in bloody hell would you—who doesn’t know squat about jewelry—pick out the perfect ring?

Maybe you should just take her along and go ring shopping together. She’ll most certainly wind up with the kind of ring she wants. However—and this is critical—if you go shopping together, it sucks away the proposal surprise—that “aha” moment, the mere memory of which can warm your heart for years, long after she’s nagging you to empty the trash.

Enter the era of “Couples Ring Shopping.” Should you do it? Let’s look at the Pros and Cons.

She’ll be wearing the ring for the rest of her life. Going shopping together ensures that she’ll get the ring she wants; not, by analogy, a fantasy football team with 10 kickers and 1 running back. 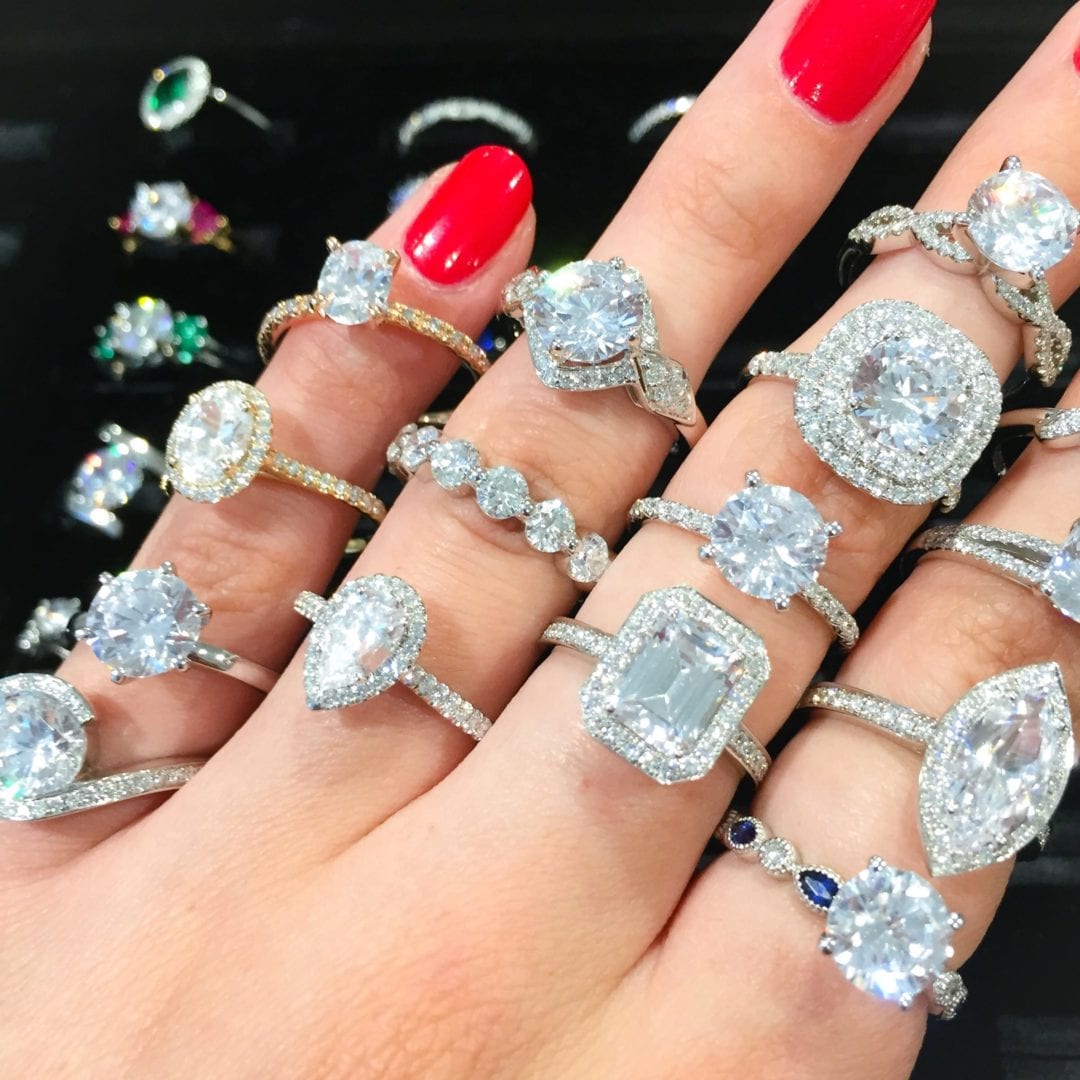 Con: It’s as Romantic as a Root Canal

There goes the surprise. There goes tradition. There goes the fairytale story. (Then again…do you really give a damn about fairytales?) If you’ve already spoken about the engagement—and she’s already talked to you about her ring—you obviously have less to lose.

Pro: She Will Feel Empowered

From a progressive/feminist perspective, she’ll feel like a partner in this, not just the doting wife who will take whatever she’s given. (Note: we are not suggesting that the traditional surprise-ring is misogynistic—it’s just another interpretation.)

Again, remember, this is a bigger deal than her wedding dress, cake, or wedding venue. Regardless of what she might tell you, she’ll appreciate a say in the matter. (Think of it like Valentine’s Day—some girls might pretend that they hate Valentine’s Day and despise the Hallmark cheesiness…but no matter what they say officially, they always like roses. Not that we would ever stereotype…) 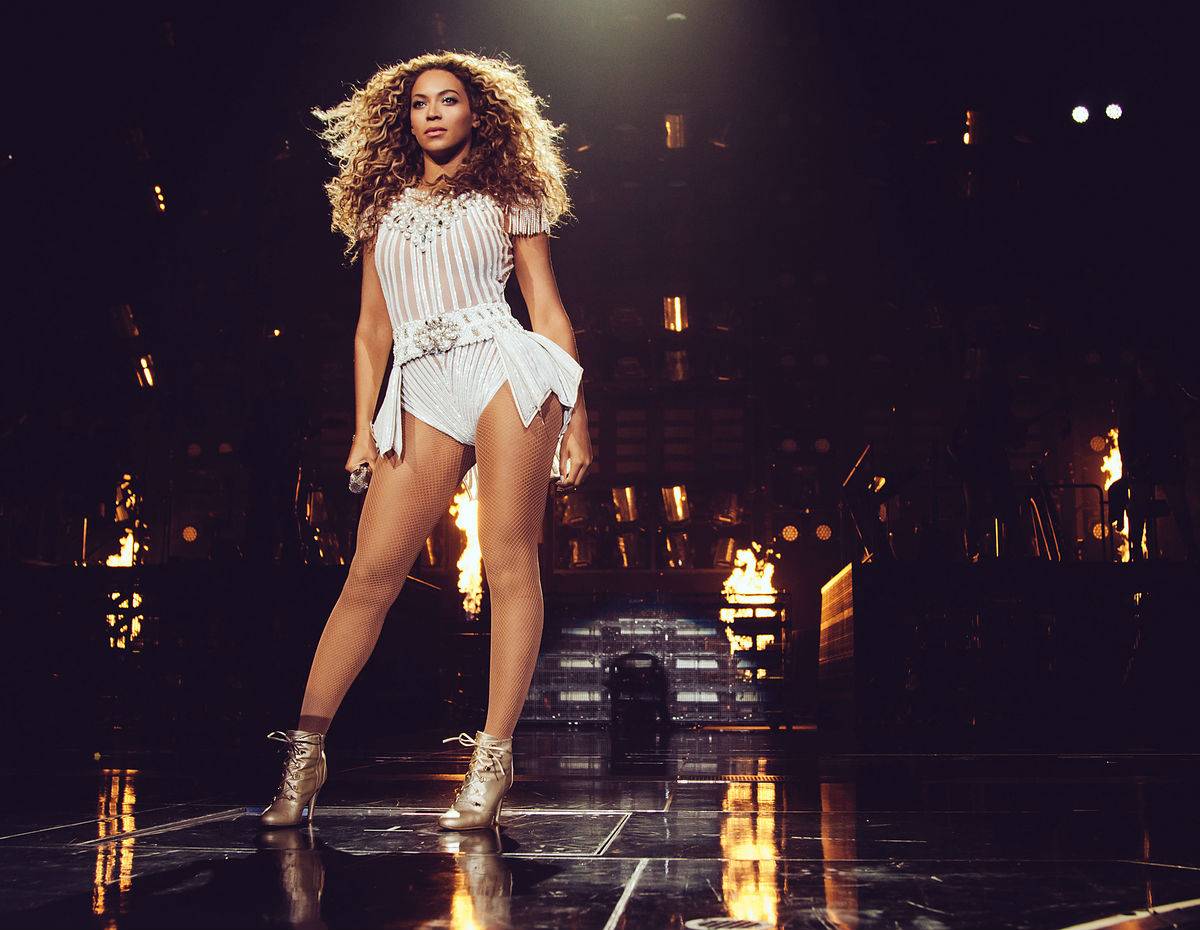 Con: It Adds to the Money Stress

Having the bride-to-be there adds stress and gives the merchant an extra hand to play. “Don’t you want your lady here to have the biggest diamond in the world?” Cut to soon-to-be-wife giving you puppy dog eyes and you’ll soon be spending outside your budget.

See also: Beyond the Four Cs

Pro: “Window Shopping” Allows You to Avoid (Some) Pressure

To address the “money-stress” you can split the difference and make a compromise: you won’t buy a ring together, but you can do some window shopping to get a feel for her preferences. Agree that no matter what happens—no matter how perfect the ring—you won’t pull the trigger. This way you can get her input without feeling on-the-spot pressure.  You can even browse online with the bride-to-be, from the comfort of your own couch. 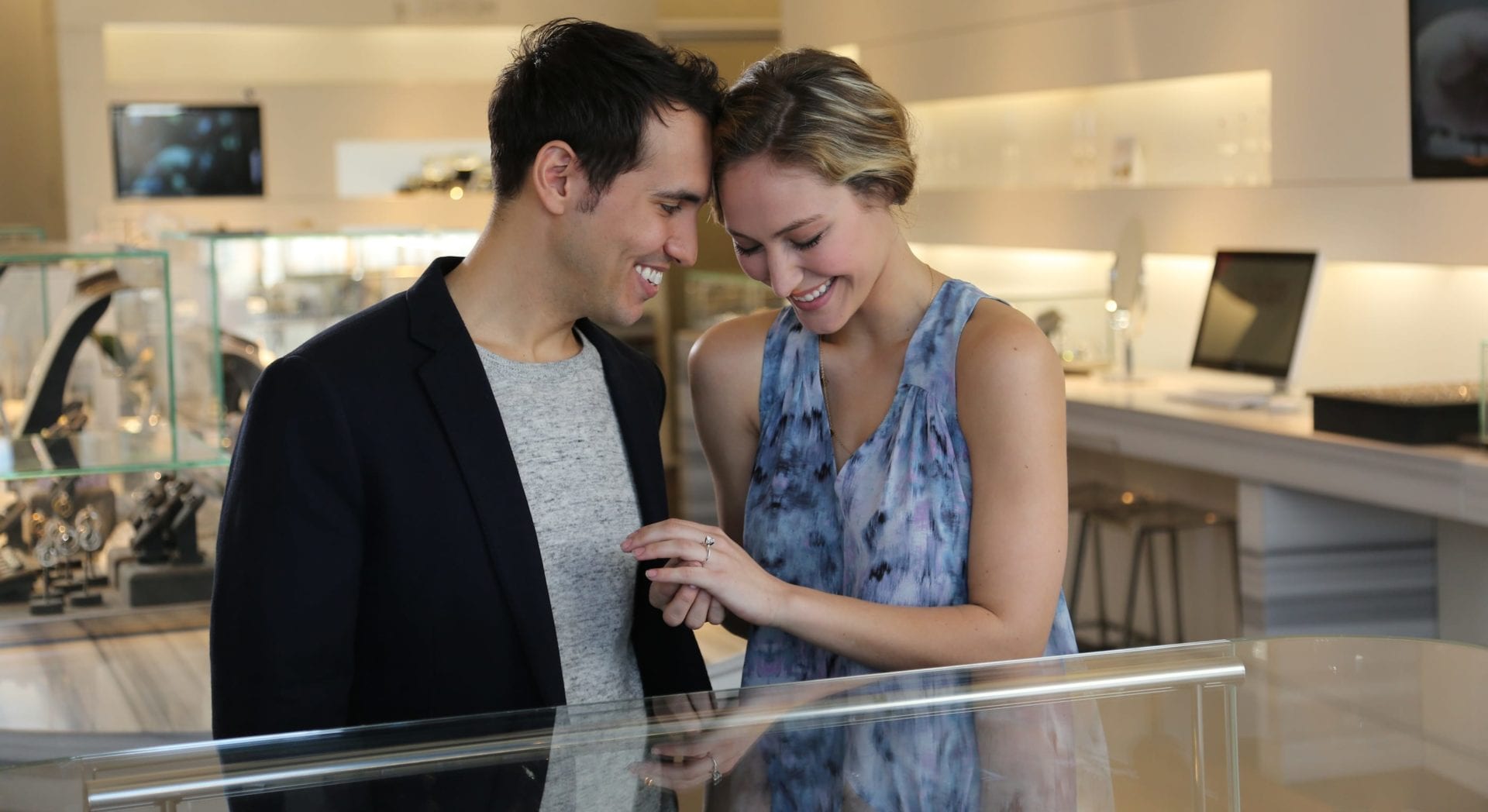 Eh. It’s not exactly traditional for you to have sex before marriage, but you do that, right? Spontaneity and romance are both valid reasons to skip the couples ring shopping, but “tradition” and “protocol” make less sense.

Pro: It Will Reduce Your Stress

And that’s what really counts, right? If you’ve already discussed getting married—and she’s just waiting for you to pull the trigger—this gives you optimal peace of mind (if minimal surprise-factor.)

This is the #1 complaint we hear from women: that their fiancés say they don’t care, but then, after months of gloomy silence, they criticize at the last second without offering anything constructive.

It’s a fair complaint. To keep good Groom Karma, every once in a while you must offer some positive suggestions, take a stand, and, if need be, pull the trigger and make a decision yourself.

Our take? If the proposal is going to be a surprise—even if you’ve discussed getting married in the abstract—go with an educated guess (click here for how to find her style and size) and buy your own ring.

If, on the other hand, yours is the type of relationship where you have already negotiated the time and place for the actual proposal, well, I guess it’s never too early to start letting her make all the major decisions anyway…