Whether fighting for their lives in the squared-circle and the octagon to grinding it out on the gridiron or the hardwood, these Plunge-approved athletes all carry a “legit tough guy card” in their wallet. But even the most bad-ass dudes on the planet still have a soft side—especially when it comes to their significant others. Listen as these warriors recount how putting a ring on that finger was more challenging than any opponent they’ve ever faced.

With a nickname like “No Love,” you might think that former UFC Bantamweight champion Cody Garbrandt doesn’t have a romantic side. But don’t let his “I’ll fight anybody” demeanor fool you. When it comes to his wife, Danny, Cody has a weakness that even his toughest opponents have not been able to find.

“Uriah Faber was coaching Season 22 of The Ultimate Fighter, so he brought me on as the boxing coach. There was a contestant named Johnny Nunez, who was competing for a UFC contract on the show, and we became good friends. Johnny ended up coming out to train with me in Sacramento. There were these twin girls, and we ended up randomly seeing each other on Johnny’s Snapchat. I was like, ‘Who is that?’ And it turns out she was asking about me as well. He got us in contact with one another. I was slated to fight Thomas Almeida and, I had to go out to Vegas a few months later to help hype the fight. So I asked her if she would like to go to dinner when I was in town.”

“For months, we talked every single night on FaceTime. We got to know each other so well. It was so much more than ‘just swipe right on Tinder.’ We knew so much about each other before there was even a physical attraction. Of course, when I met her, I was blown away by her beauty and what a big heart she had.”

“When I got to town, she asked me, ‘Are you dressed nice?’ I said, ‘I think I dress nice. I’m wearing slacks and a buttoned-down shirt.’ So we went to STK, which is this really nice steakhouse in Vegas. At this point, I’m still a struggling fighter, struggling with money. I’ve never gone to a dinner like this. All my money went to paying my coaches training fees. I was hoping my card didn’t get declined. She ordered a steak with a butterfly cut, so I ordered one too. She busted me right away. She said, ‘Do you know what a butterfly cut is?’ I said, ‘Nah, I just got it because that’s what you were getting.’” 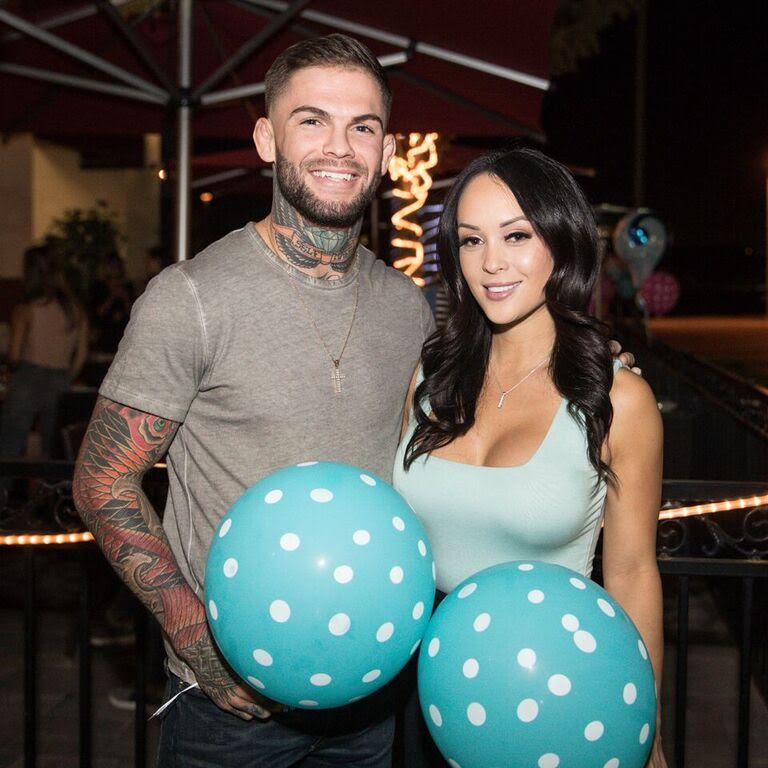 How I Knew She Was The One

“I was sick with a sinus infection in the days after that meal so, she ended up taking care of me all week. She was running to the store to get me medicine, Neti pots, anything I needed. You can tell how much she cared about me and the type of person she was by how she took care of me. A few weeks later, she came to Sacramento where I live and train, and I showed her around Old Town, and we just hit it off immediately.”

“We went to Sedona Arizona on a spirit quest. She had gone on one two years before that. The spiritual teacher gave her a love rock and told her, ‘These exes will come to try to win you back. This is a love rock. Hold onto this and the love of your life will come into your life.’ She did a whole year of traveling on her own, doing her own thing, finding out who she was and what she wanted. We met right after that. She always talked about how beautiful it was in Sedona and how it brought her closer together with her sister. There was a guy, Joseph Whitewolf, who was a tour guide. He was a very eccentric guy, and he talked a lot about the magnificent things of beauty and life. He was the one who gave her the love rock. I told him I wanted to propose and asked him if he could schedule a hike so I could do it. He said he was going to take us to this vortex, where there was a big pocket of air, and it would be hard to breathe in. I was nervous the whole way up. I’m terrible at surprises.  We got to the top, and I gave him my phone and said, ‘Just point it at us.’ And then I asked Danny, ‘Will you spend the rest of your life with me?’ No matter how many times I practiced it, I still got choked up. She was totally surprised and really happy. It was a beautiful moment.”

“We actually went to a drive-in chapel in Vegas on a whim. I had a big fight coming up against TJ Dillashaw, so we didn’t’ have time to plan a huge wedding. Our family is all over the place. But Danny really desires the simplest things in life. We’re very much the same. We were raised by single mothers. Didn’t have much growing up. We did it right after she got off work. I was taking a nap, and she just said, ‘Let’s go to the chapel!’”

“Our son Kai was born in March, and he’s amazing. It’s definitely been life-changing to be a dad, but I wouldn’t change it for anything else in the world.” 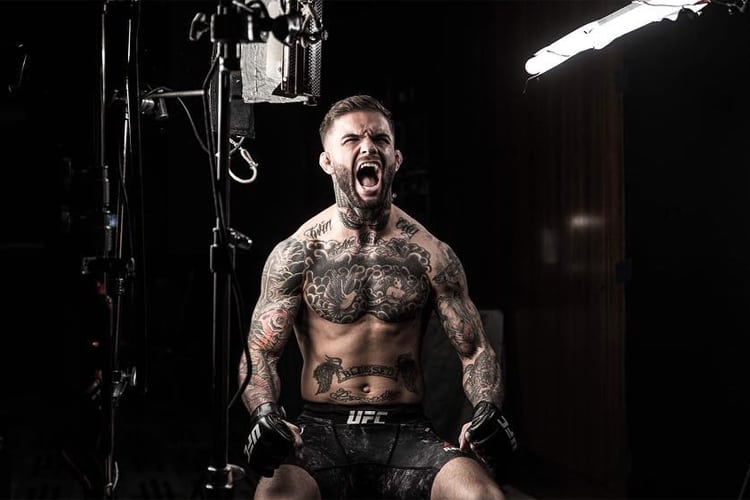 Cody’s next fight will be against TJ Dillashaw in a rematch for the UFC bantamweight championship at UFC 227 on August 4 at the Staples Center in Los Angeles.

In the meantime, check out Cody’s book The Pact: A UFC Champion, a Boy with Cancer, and Their Promise to Win the Ultimate Battle.