The Ultimate “In Front of the Family” Proposal Guide

Family. It’s kind of what marriage is all about. You’re starting a new clan (not quite the Wu Tang variety) with your partner while simultaneously inheriting each other’s in-laws. To some, family is everything. To others (most of us) family is, well, complicated. If you or your partner-to-be is more the former, you might want to make the very bold choice of involving family (hers or yours or both) in the proposal process (and the actual proposal). Imagine being able to share this amazing achievement with all of your loved ones in the actual moment? It’s an experience that a call, a text, or a Snap simply can’t capture in all of its natural, nerve-wracking glory. Remember, you can’t pick your family (our your fiance’s) but you can pick how involved they will be in popping of the question.

The Plunge is going to get real here—this is a super difficult proposal to pull off for oh, so many reasons. While we encourage the proposal to be a personal and intimate affair, we realize that it’s still entirely your decision to involve the fam.

Is this something you both want? Is this more for one family than the other? Is there a history or an expectation for the proposal to go down like this? These are some serious questions that need pondering. One important thing to remember—if neither of you has mentioned a “family proposal” before, even in passing or as a joke, the risk factor goes through the roof.

From the jump, this is a logistics problem. Where are the families located and how do you get them together? Holidays and family celebrations can offer opportunities, but do you really want to share your proposal day with Tom Turkey or Aunt Edith’s 80th?

You’ve got certain limitations for pulling this off. You can always keep it on the down low as a total surprise. That can work. But you might have to employ some cohorts, which entails letting family members know what is about to go down to ensure that everyone who needs to be there is there (cousin Randy on parole, not so much). Loose lips sink ships and can potentially spoil proposals. The more people who know, the more opinions you might have to hear. Take those with an entire carton of Morton’s Salt. OK, once you’ve got a solid date and location for this whole thing to go down, you’ve still got a potential minefield ahead. But let us be your metal detector.

What To Watch Out For:

Popping the question in front of the family (no matter how many members) takes the onus off the actual proposal. There’s no ring drowning in a glass of champagne at the restaurant or sand getting into all of your orifices at the beach. It’s pretty straightforward—find a moment in front of the fam and bend the knee. But the family, they could easily be your undoing.

Don’t pretend like you don’t know the answer to this. You need to know by now. Look, if it’s just her little brother that hates your guts, then that’s fine. If you get the sense that you haven’t won them over, think about their potential reaction to this very important moment. Maybe they’d take the news better over the phone instead and still give you the opportunity to win them over through your commitment to their daughter.

Is there any family drama? 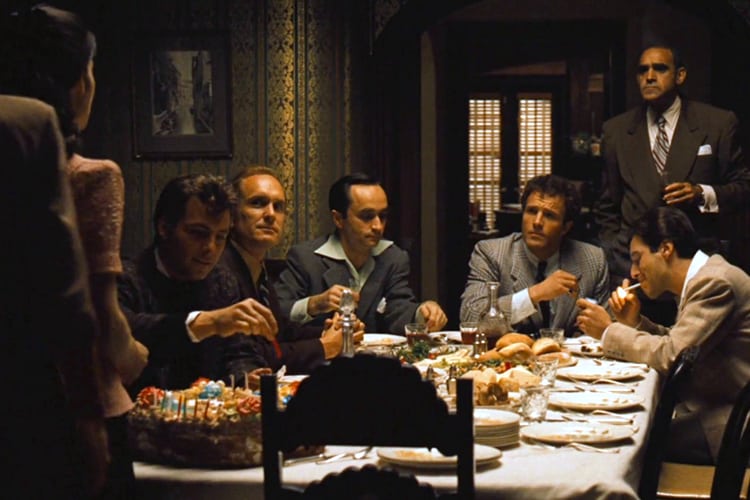 Hard truth—some family members could become jealous of the attention lavished upon you and your soon-to-be fiance. Maybe they’re getting pressured to tie the knot too. Maybe they’re just jerks. But, there might also be some actual serious drama happening—a divorce, an illness, family game night. An awareness of what’s going on in the family is actually a good sign of whether or not this is the right direction to take the proposal.

Can everyone (anyone) keep a secret?

Your future-fiancé might have a sense of what’s about to go down (especially if it’s something you’ve talked about). But other family members might be tipping their hand or dropping cryptic clues to her about your big surprise. Make sure whoever you conscript to help in this mission of love can keep a lid on it.

This proposal is already operating at a high level so any additional flourishes you add might be tempting fate. You’re going to have to find your moment but it’s not going to just present itself. You’re going to want to plan for times where everyone is gathered together and their focus isn’t anywhere in particular (ie: watching the game, feeding their faces, gambling on cousin fights). A post-meal toast is a great way to get everyone’s attention. Ideally you won’t be asking the big question in the corner next to the half eaten bowl of Chex Mix. Remember, you’re here for a very specific audience.

You’re going to be making a speech to the family that leads into a very specific request (her hand in marriage). So you need to transition from speaking to the family (and thanking them for their hospitality and for bringing this woman into the world) to focusing directly on your beloved. Make her feel like she’s the only person in the room, backyard, or wherever. At this point she’s bound to know what’s about to go down. Stay strong. The nerves might kick in here and damn, how did that frog get in your throat? Keep the proposal simple, honest, and clear. Make sure you bend the knee and clearly enunciate those four words so she can hear them (and everyone else can hear them too).

Nothing brings out a fight like family. It happens. So who is the fight with and how severe is it? Was it a blow-out with shouting and the throwing of things? Or was it more contained? Hopefully, it wasn’t with you. If you know what the fight was about and who it was with, you’re going to have to do some mental math about whether or not this situation is going pear shaped.

This is where your radar picks up something that you can’t quite put your finger on. Something is wrong and you’re getting some weird vibes. Don’t force the proposal. Hold off for another moment if it’s just not feeling right (not about getting married to her, just the particularities of the day itself). A back-up plan never hurts.

You Don’t Get the Answer You Wanted

There’s alway a chance that the moment can overwhelm the person you’re asking to spend the rest of your life with. With family present, there could be added pressure. You’re also at your most vulnerable (with all of your clothes on at least). This is most likely not going to happen, but this is exactly why a proposal with a crowd can get tricky.

Remember, the more people involved in a family proposal, the more you have to plan for.

From great proposal spots along the Harbour to getting away from it all in the Blue Mountains, here's our guide to popping the question in Sydney, Australia
Let’s Talk Rings