Get started
Proposal, The Big Ask: Unique Proposal Ideas From The Plunge

Proposals can be daunting. There’s lots of planning. Secret phone calls to friends and family to get them in on an elaborate scheme. Money to make all the intricate details happen. But even with all that effort, proposals can also turn out incredibly cliche. We get it—the temptation is real to stick to how these big gestures always been done: at a restaurant, on a rooftop, next to the Christmas tree. It worked for your father and his father, right? Rinse, wash, repeat.

Consider another plan altogether: bringing the whole affair outdoors. Once you start to think outside the box, things get more exciting. Most importantly, an outdoor proposal allows you and your new fiancee to immediately do something exciting after shes got the rock on her finger.

Imagine proposing at a scenic park, under the Northern Lights, or overlooking a cascade of mountain peaks. You’ll breathe the fresh air while announcing a new life together with the partner who makes every place feel new. The possibilities are truly endless. A great perk in choosing the great outdoors as where to propose? There’s no shortage of places around the globe, whether you’re closer to home here or farther away. And you can combine the proposal with an impromptu vacation, if your budget allows.

From warmer locales in South America and Central America, to backdrops with stunning peaks in New Zealand, the world is quite literally your oyster for picking the best place to drop that big question.

How to Propose in Hawke’s Bay, New Zealand

At more than 1,300 feet above sea level, Te Mata Peak in Hawke’s Bay features panoramic views of neighboring ranges Ruahine and Kaweka. Choose (literally) your own adventure to get to the summit, as driving, hiking or biking are all options. 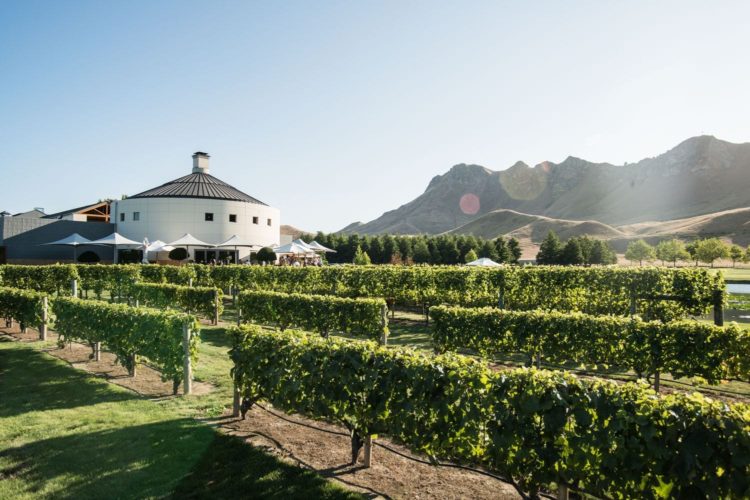 For a picturesque proposal, head to the Craggy Range Winery situated at the foot of the mountain’s peak. Opt for a tasting from the cellar and even stay at one of the vineyard’s cozy cottages. A tip: make sure to bring sunscreen for this proposal adventure. UV radiation in New Zealand is intense and you’ll need the extra protection, including long sleeves and a hat to prevent overexposure.

How to Propose in Hierve el Agua, Oaxaca, Mexico

This southern state of Mexico is known for their culinary wonders including the complex and utterly delicious varieties of mole, tamales, chicatanas and smoky alcoholic beverage of mezcal. Outside Oaxaca City city limits is a natural wonder that looks otherworldly—Hierve el Agua. Eons ago, mineral water that pushed through limestone formed the spring water spools, spools that jut over a mountain and can be freely waded and swam in today. 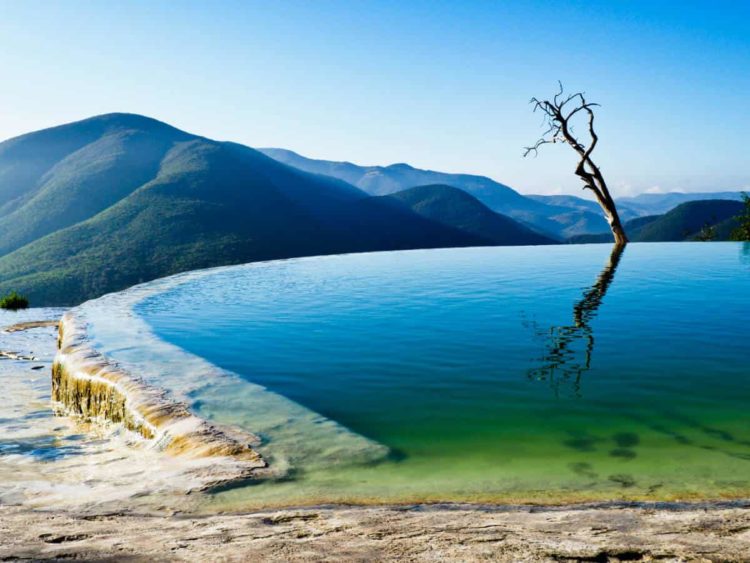 An ideal spot for proposing is right near the cliff’s edge with the waterfalls and surrounding mountains in view.

How to Propose in Guatape, Colombia

A small, quaint Andean town in northwestern Colombia, this colorful town makes for a nice respite away from the more hectic and busier towns of Medellin and Bogota. A tip: Guatapé is a smaller, remote town only accessible by car. The biggest nearby city with an airport is Medellin. Fly into Medellin and continue on to Guatapé.

One of the highlights of Guatapé is the view from the mountain, El Peñon. As a forewarning, the only way to access it is through going up hundreds of steps. But the view from the top? Worthy of taking some moments to take it all in. Or you know, a proposal. Pause for a few moments while at the summit as a special location for proposing with the town glowing below you.

How to Propose at Lake Atitlan, Jaibalito, Guatemala

Only accessible by boat, Jaibalito is one of the lakeside towns surrounding the picturesque Lake Atitlan. The lake formed thousands of years ago in the place where a volcanic crater used to be. To get to Jaibalito, requires a bit of a trek including flying into Guatemala City, taking a bus (or hiring a driver to drive down) and catching a boat from either San Pedro or Panajachel. Mayan and Guatemalan history and influences combine here, making it a tranquil (and scenic) place to get some rest, connect and propose. 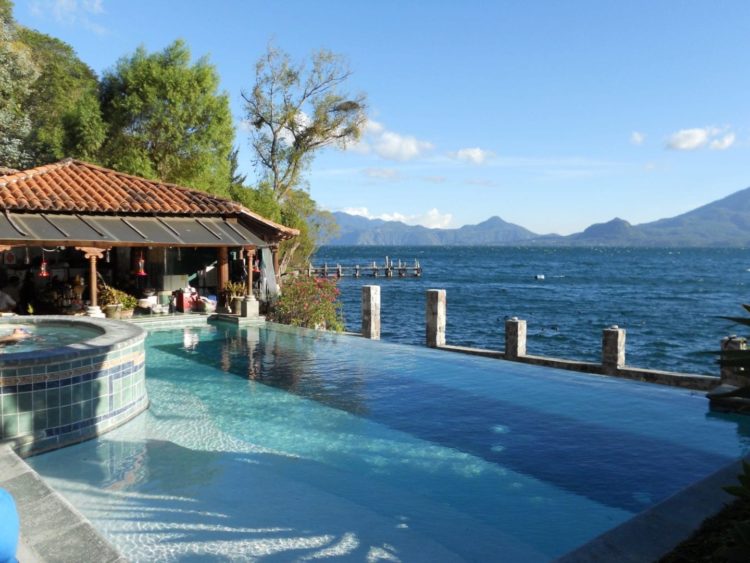 Where you’ll propose will depend on where you decide to stay among the varied accommodations available. Choose a quiet nook near the water with the iconic volcanoes in plain sight.

How to Propose in Okanagan Valley, British Columbia, Canada

Over the cliche idea of going to Napa Valley? Head north to one of the largest wine producing regions in Canada, the Okanagan Valley. The Okanagan Valley is a little known secret with wineries that have been producing world-class, award-winning wines for generations. With more than 40 wineries to choose from, whether Pinot Noir or Merlot are favorites, there’s somewhere for you to go. And somewhere perfect to propose. 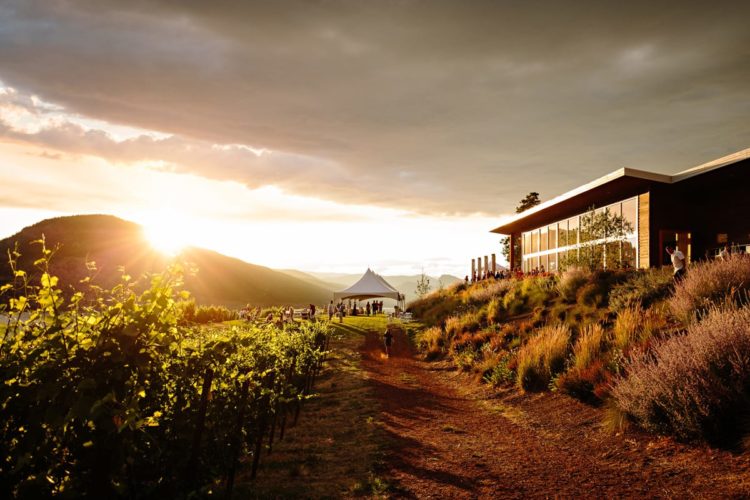 For the main event, head to Penticton and eat al fresco at Poplar Grove Winery’s on-site restaurant. As the sun sets and the sky changes to hues of colors, there will be no other response than yes.

How to Propose in Gorges du Verdon, France

Hidden within the Verdon Natural Regional Park in southwestern France, the Gorges du Verdon are unlike what most have ever seen. Cliffs surround the rushing Verdon River. There’s white water rafting, hiking and rock climbing as some of the activities to partake within the general area. 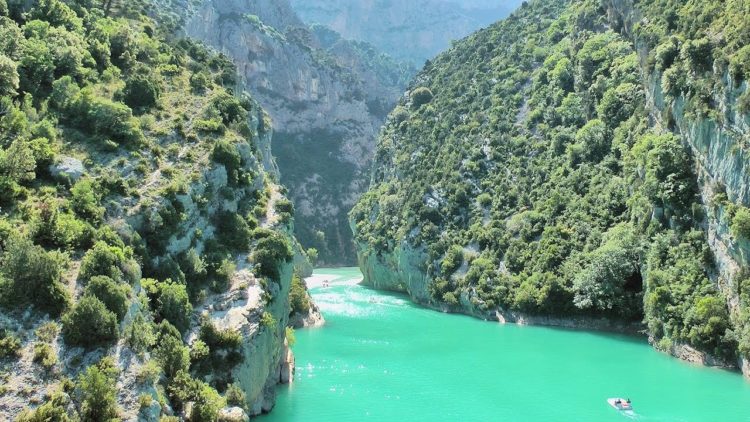 As many opt to do, take a leisurely cruise down the gorges marveling at the iridescent, bright blue water below. Stay in the lakeside resort of Les Salles for stunning views. There, you’ll find the right scenery to pop the question.

How to Propose in Aspen Mountain, Aspen, Colorado

Known for being a playground for those who work within the culinary industry for the renowned Food & Wine Classic, sites like Aspen Mountain and other outdoor activities make it a destination year-round. A tip: If high altitude is a problem for you, take it slow. Acclimating to it can cause a slew of symptoms: headaches, dizziness, lightheadedness, nausea. Hydration and knowing your limits is crucial here. 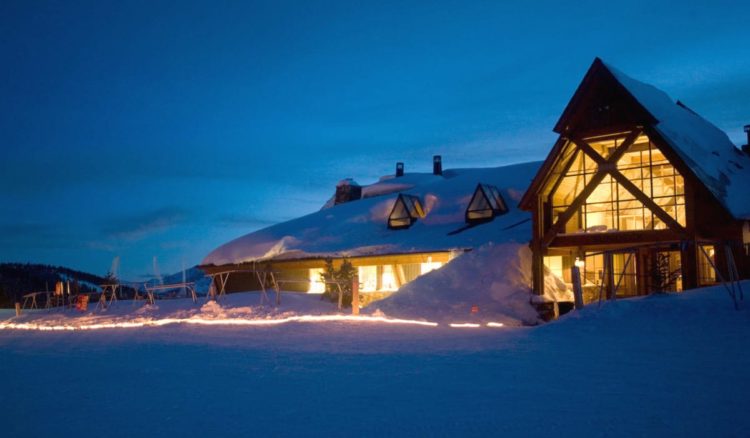 Take the Aspen Snowmass gondola to the peak of Aspen Mountain for a variety of hiking and walking trails. Choose a spot along the trails of Richmond Ridge, Hidden Treasure, East Rim or Cherry for your proposal. At the summit of Aspen Mountain, there’s also Sundeck Restaurant for eating, having drinks and socializing.

How to Propose in Oslo, Norway

The much talked about Norwegian summers aren’t the only draw to Oslo. There’s also the much sought after Northern Lights that can be seen in Oslo depending on the time of year. November through March are the best times of the year with a chance of seeing the Northern Lights, with March being the optimum month because skies are clearest. And what’s a better setting than the Northern Lights glowing above your heads for a proposal? 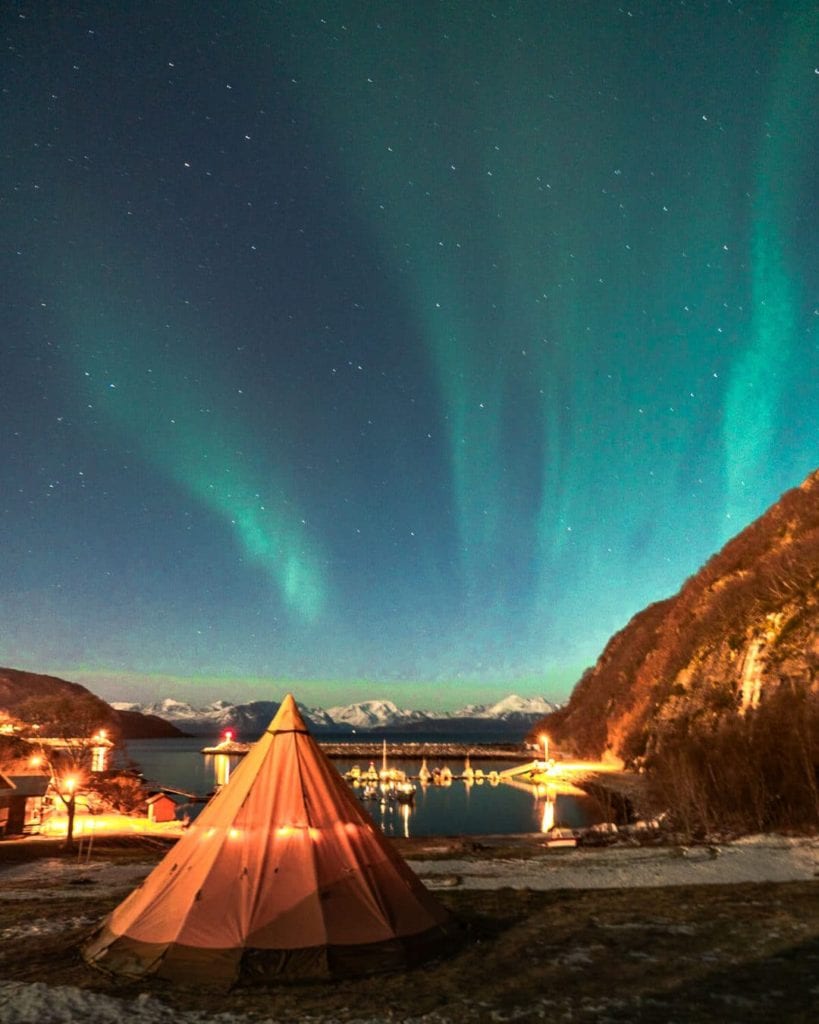 If you can’t swing seeing the Northern Lights, your next best bet for a proposal site is strolling to one of Oslo’s pristine public parks. Vigelandsparken is one of these located in east Oslo and brimming with trees, foliage and sculptures.

How to Propose in Ashikaga Flower Park, Ashikaga, Japan

Love flowers and plants? Ashikaga Flower Park is a rather unique place to head to in Japan. Located roughly an hour and a half north of Tokyo, one of the highlights of this flower park are the wisterias. More than 350 wisterias can be found throughout the entire flower park with crowds flocking in the spring months to view the wisteria tunnels. 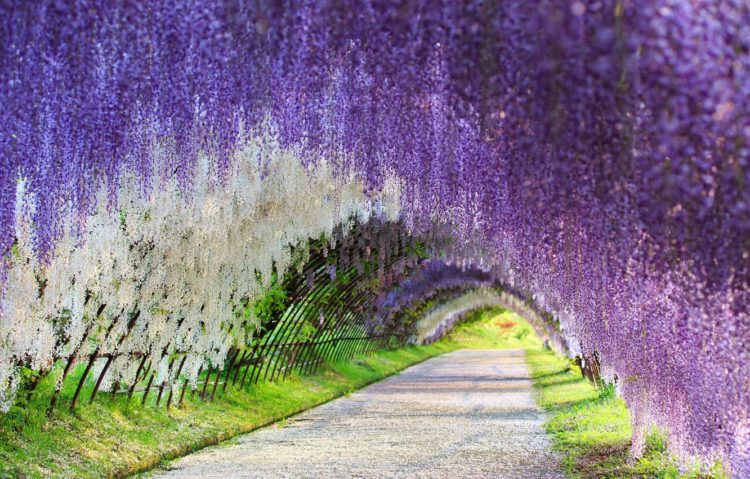 The wisteria tunnels are made entirely of flowers, varying in colors of white, blue, pink and lavender, and quite a sight to see. These tunnels, as beautiful as they are, also make an ideal spot to propose.

How to Propose in Thi Lo Su Waterfall, Thailand

The largest and highest waterfall in all of Thailand, Thi Lo Su is worth a visit and spending some time exploring. Or planning a proposal around. At nearly 1,000 feet high and 1,500 feet wide, the waterfall gushes down into the Mae Klong River. Most tourists spend their time at Thi Lo Su wading in the numerous swimming holes. 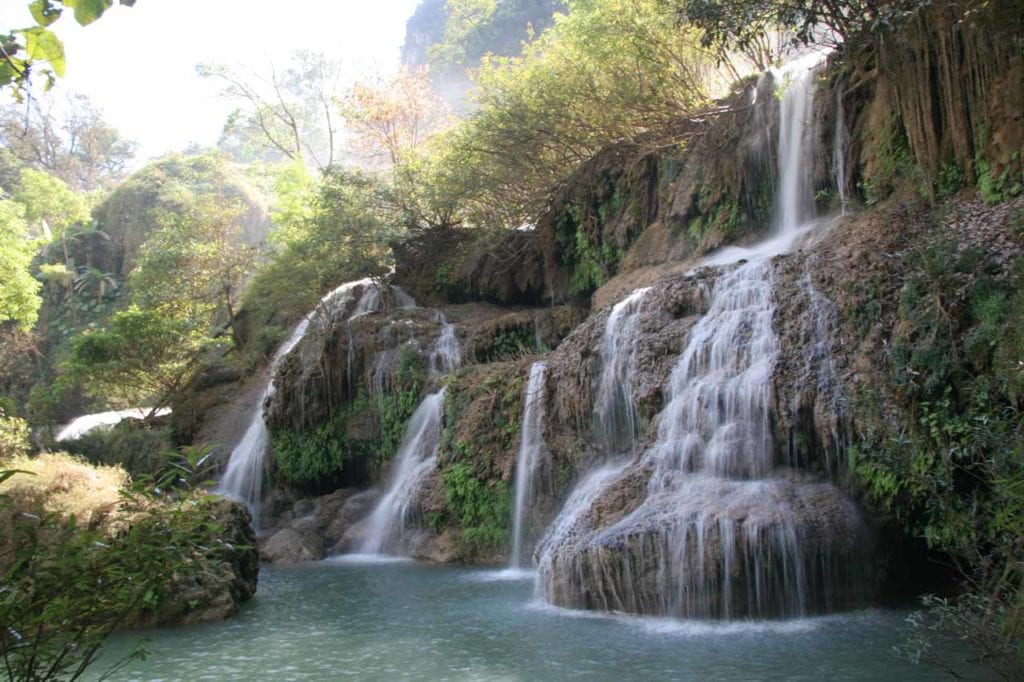 Best place to propose here? Preferably not while wading but instead within your own secluded area within the campground should you choose to stay overnight.

How to Propose in Natural Forest Park, Zhanjigae, China

Perhaps one of the most recognizable and widely photographed parks in the world, the Natural Forest Park is majestic from a distance. Found in Hunan Province in the People’s Republic of China, the park has a relatively recent history. Only setup in 1982, the park is the first authorized national park in all of China. 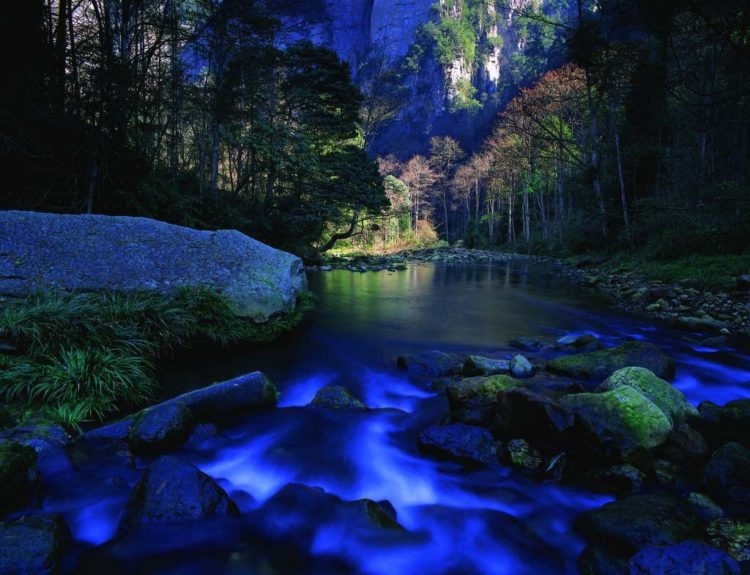 There are six main tourist attraction spots, spots of which would make a wild spot for a proposal. As this park can get crowded, walk along the quieter and more secluded Golden Whip Brook as a good area for proposing.

In the city of Cape Town, there’s a peak that looms over the city like a slice of glory. Referred to as Table Top Mountain because the mountain top is flat like that of a table, this peak is one of South Africa’s wonders. Most visitors either hike or take the cable car to get to the peak. Another highlight, other than the views, are the flora and fauna representing how biodiverse Cape Town is overall. 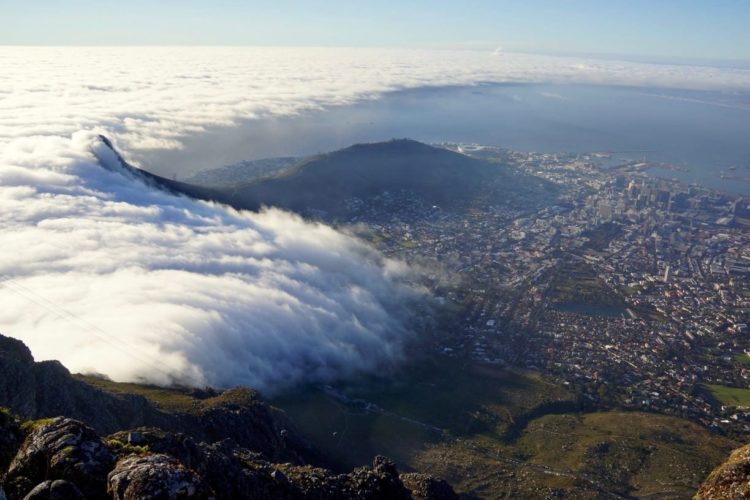 The options are numerous here, but a top pick would be at the peak of Table Top Mountain where it seems you can peer out at the entire universe from up above.

Should You Hire a Proposal Photographer?

A proposal photographer can help you plan the big day and capture it—professionally.

How To Propose: Which Knee Do You Kneel On?

We explain the history behind getting down on one knee to propose. And what to do if you're a lefty.