What Is A Promise Ring?

Sometimes it seems like relationships are all about the rings. There’s the engagement ring, of course: a challenge you will have to master on your way to the altar. Then there are the wedding rings, which you’ll have to figure out at some point. But there’s another, more obscure ring you may not know about: the promise ring. What is a promise ring? And what does a promise ring mean?

What Does A Promise Ring Symbolize?

Why not just make a promise? Why buy a ring? Because promises have a way of evaporating into the air. But a ring made out of precious metal that was created in the center of a star? It’s not going anywhere.

Engagement rings dug up from the 2nd Century in Egypt are proof that human beings have always given each other tokens—something of value or proof to trade in for the intention—as a symbol that we are, officially, off the market. 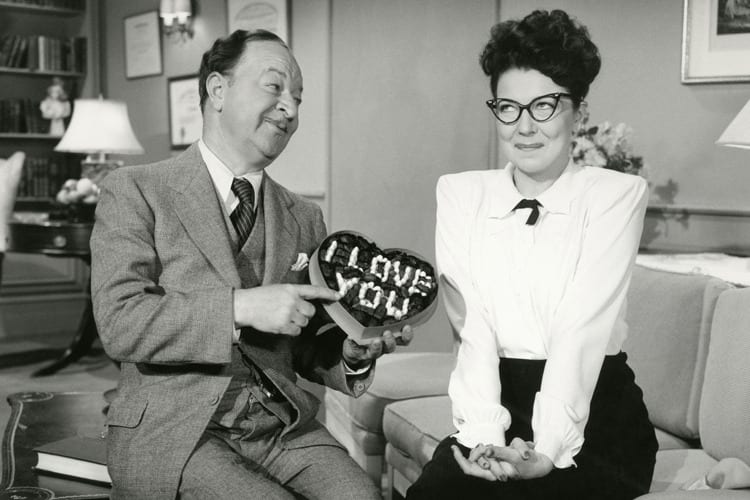 Promise rings date back to the 5th century, and were originally called “poesy” rings, derived from the French poésie, which means poem. These rings had short lines from French poems engraved on the inside or outside of the band (one poesy ring from the 18th Century was inscribed with, “God hath sent me my heart’s content.”). They  were worn as a pledge of love, friendship or religious devotion.

Not to be confused for a wedding ring, poesy rings were embossed or engraved on the outside, if the poem was on the inside, just to make it super clear that the wearer was still not married. They also sometimes had teensy gems or diamonds embedded within the band. Promise rings gained gained popularity between the 15th and 17th centuries and the trend spread across Europe. 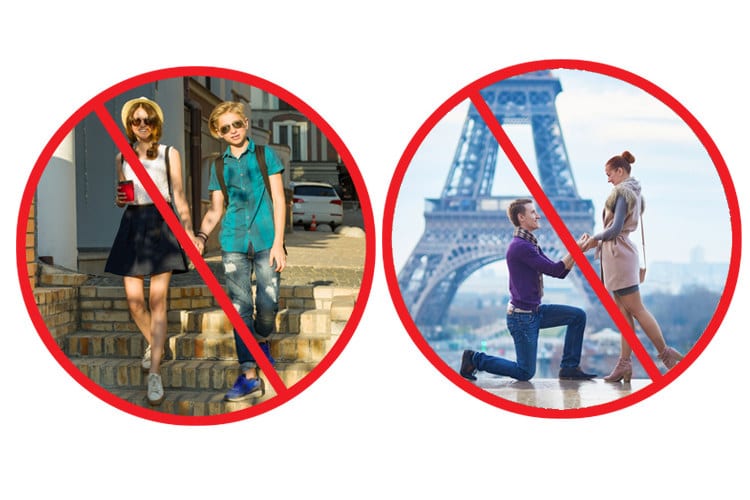 The beauty of promise rings is that they are an almost totally personal vow between you and your partner. While not as definitive as an engagement ring, a promise ring may very well represent a major leap forward in your relationship. Which can be super hot.

A Promise Ring Is Not…

–A Purity Ring: Purity rings are given to a child by a parent, or, er, lovers (Bookmarked lovers? Beloveds?) to each other as a vow of chastity. That’s a whole other article. If you are choosing the decree before the deed, cool. But don’t send a promise ring to do a purity ring’s job.

–An Engagement Ring: Engagement is the official precursor to marriage. The time line may vary; but the end game is the same: a betrothal promise, a planning nightmare, a ceremony, a party, a contract, happily ever after.There are recognized engagement ring conventions, the most common being a diamond (in one out of 10 shapes) in a gold or platinum setting. Most engagement rings are unmistakable. As a guy, you can look at the ring finger of any woman’s left hand and know whether to approach or stand down.

A Promise Ring Is…

–For the young: if you are both of  college age or in your early twenties, and feel it’s too early to get permanently hitched. A promise ring can symbolize the seriousness of your relationship during a period when most people are experimenting with hook-ups, Tinder and dating.

–For the financially unestablished: Love may be free, but the rent is not. Neither are babies. Even with greater income equality, every couple wants to be as secure as possible as they build their lives together. There are no guarantees in life, but if you’re pretty sure you want to wait until you’ve achieved some career and/or bank account goals,  you can promise each other to wait a bit until you are closer to them.

–For Long Distance relationships: if the two of you are going to be separated (for a job, or for education, or because of the military) but don’t want to leave things open ended.

Wearing a token that you both are committed to coming together eventually may put your mind at ease, and set you up for the next level of commitment.

What Finger Does A Promise Ring Go On? 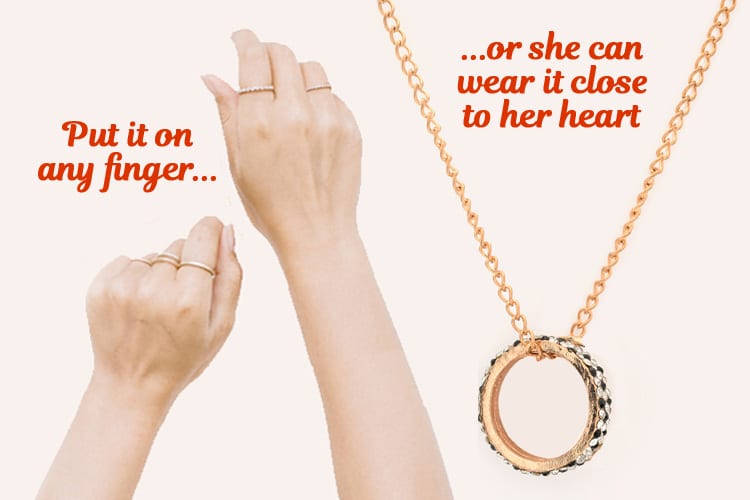 A promise ring goes on the same finger as engagement and wedding rings: the ring finger of the left hand. Why? It’s thought to be the closest to the heart. More importantly, it’s the universally recognized symbol: a ring on that finger indicates a serious emotional attachment, both to the person wearing it or anyone who notices it on her hand. If another guy is checking her out, the ring may give him pause (maybe only a very short pause, but nevertheless). When you do eventually get married, if she chooses to continue wearing the promise ring, she has a lot of options, such as flipping it over to her right hand or putting it on a necklace (where it will be even closer to her heart). 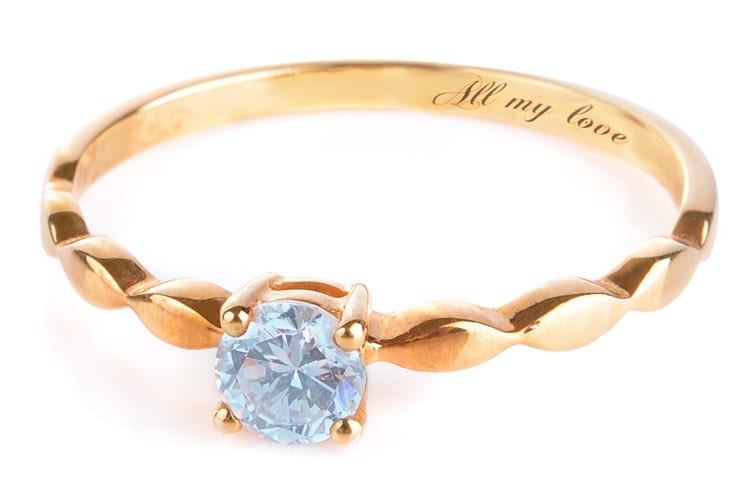 The ring should be personal to you both; but especially her, since she’s the one who will be wearing it.

Fortunately, there isn’t as much riding on this (either emotionally or financially) as on the engagement ring, so you have a little more leeway when choosing the ring. That said, make sure to figure out what kind of ring she’d like— whether she’ll want the more traditional gold (in yellow, white or rose) or will be down with something more modern, like silicone.

Next, think about the inscription. There are only so many words you can get on the inside of a tiny circle, so choose wisely. Then you can decide if you want a design or gemstones on the outside.

How Much Should A Promise Ring Cost? 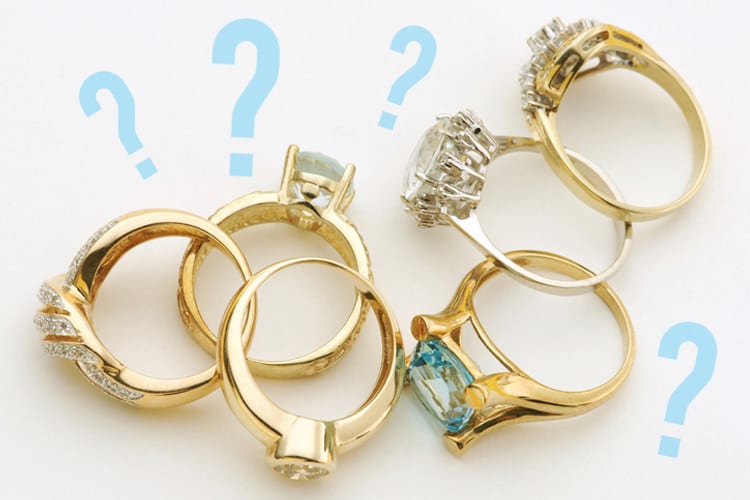 A promise ring can cost anywhere from $50 to $2,500, depending on your budget. There are a few companies who have pre-loaded all of that for you, and have various options, inscriptions, types of metals and gemstones. Companies such as…

Monica Rich Kosann has a line of pre-engraved poesy rings with lines such as,”I Love You More” and “Carpe Diem” in smaller sizes (2-6) that are meant to be worn either on a delicate hand or on chains that are also sold as part of this collection. They will create custom sizing in gold rings (they also carry silver):

Etsy has an enormous range of affordable, personalized promise rings.

Nordstrom has a great selection of mid-priced, upscale rings that hit a bunch of different style notes from vintage to modern:

Tiffany’s has a good selection of elegant promise rings, including this “love”-ly one from Paloma’s Graffiti line.

If you want the bling without the price, check out these very affordable CZ promise rings from Pandora.

Codifying a promise can be an incredibly intimate and exciting time in your relationship. It’s the first time you formalize your commitment with a bright eye on the future.