Erik Schroeder got up on stage for an after-the-curtain-call singalong of “Happy Birthday,” but then surprised his actress bride with a proposal.

Erik piggybacked on to his 30th birthday to ask for his girlfriend Nina O’Keefe’s hand in marriage. The venue added to the surprise: Nina was appearing at Chicago’s Steppenwolf Garage Theatre in a play that featured actual robots. so Erik decided he would pop the question in front of the theater crowd.

Distraction #1: The Birthday Boy Is Crowned 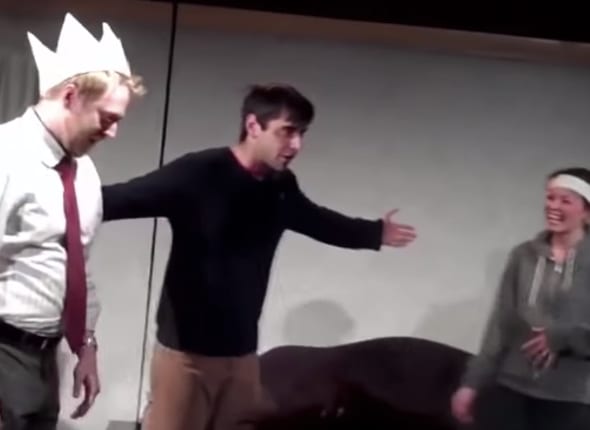 Erik arranged with the stage manager and cast that he would be called on stage after the play was over, so everyone could sing him “Happy Birthday.” Just as they are about to start singing, one of the robots interrupts the proceedings, and tells Nina that Erik has something he wants to ask her.

Distraction #2: The Robots Come Out 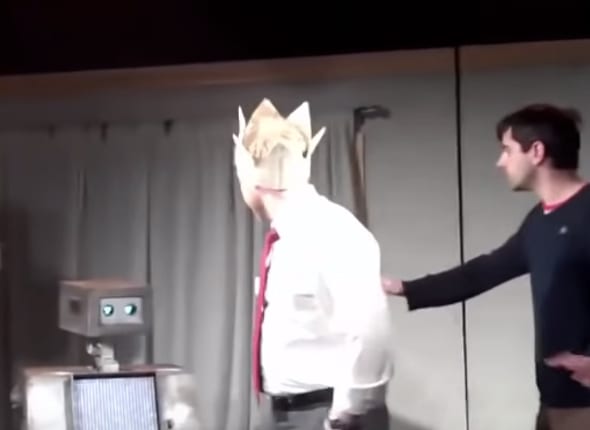 At that point, you can see that Nina is starting to see what’s up. But it isn’t until Erik gets on one knee and brings out the ring (his great-grandmother’s sister’s ring) that she assumes the classic, bridal, hands-to-mouth pose.

She’s Not Acting in This Scene 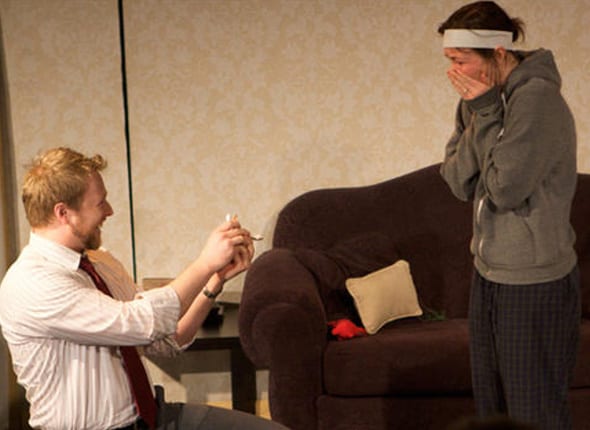 After a tearful yes, the future Mrs. Schroeder thanked the audience, then all four of the production’s robots started in with a metallic rendition of “(I Can’t Help) Falling In Love With You” and the couple slow-danced while the audience clapped. 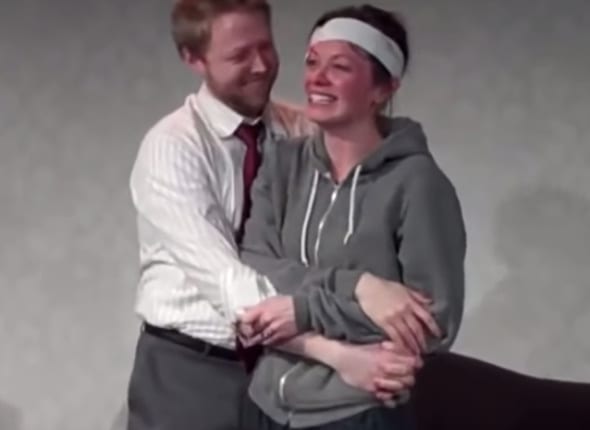 Location: any stage or performance space at which your future fiancée is appearing

Obviously, it’s a lot easier to do this one at your local community playhouse than at a Broadway theater, but it really comes down to who you know and if they are willing to bend the rules in the name of romance.

One ticket to the local show. 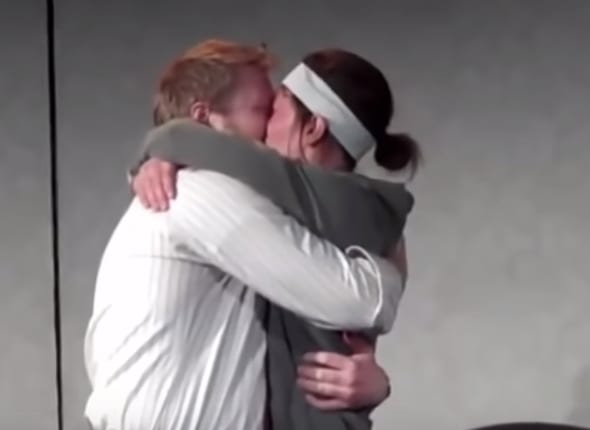 If your intended is an actor, they’ll probably will enjoy the attention of a public proposal like this more than shy types. On the other hand, they might secretly resent it if too much attention is diverted from the performance they just gave, so keep things short and make sure the spotlight is back on them as soon as possible.

Buy ring. Talk to director and/or stage manager behind your partner’s back. Write a heartfelt (but brief speech).

You can read more about it here, or just watch the video: