How She Did It

Both Dimmie and Matthew were avid Super Mario players as kids, and are still fans of the game as adults. The couple had already discussed their belief that the societal norm of men proposing to women was outdated, so Dimmie jumped on the idea of proposing to Matthew.

“Once I knew he was fine with women proposing, I couldn’t get the idea out of my head.”

The proposal itself was simple. Dimmie made Matthew breakfast in bed just before his birthday. When they finished eating, she presented him with his birthday gift: a box with two rings labeled “Player One” and “Player Two” with the message, “Be my player two?” Player One, Dimmie’s ring, was labeled “Ready,” and Player Two’s label gave Matthew the option to “Press Start” on the marriage, and he accepted.

She Placed Two Rings In a Super Mario-Themed Box 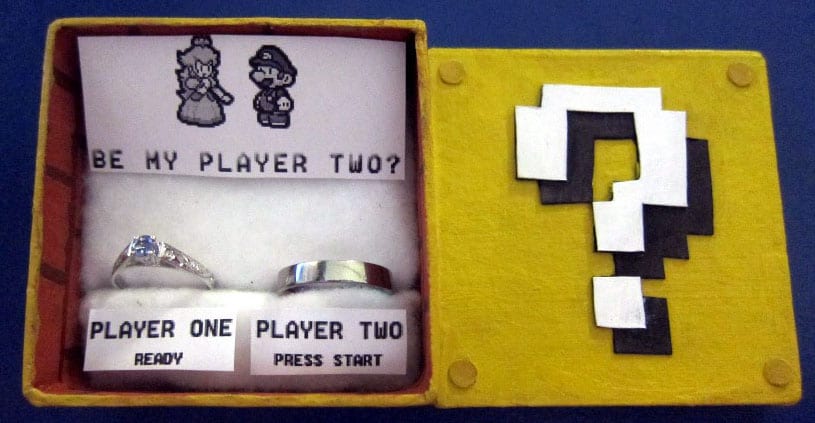 Dimmie proposed after breakfast in bed, but if you really want to go all out with the Super Mario theme, try the Mario Kart-inspired Niagara Speedway in Niagara Falls. Propose to the love of your life on a life-size Super Mario Kart go kart course. Go wild.

We were all Super Mario fans at one point or another, but this proposal really only works if you’re both still kids at heart. Since the proposal itself is simple, be sure that Mario (or any video game) is special enough on its own to hold the weight of the proposal.

Preparing the box will be the trickiest part, so you’ll need to be crafty. You can decorate a regular ring box or make your own entirely, but just make sure you’re using the correct font (Google it). When it comes to themed proposals, the details matter. And remember, you’ll need both rings for this metaphor to make sense. You can’t have a Player Two without a Player One.

Make a Collage or Diorama with Super Mario Figures 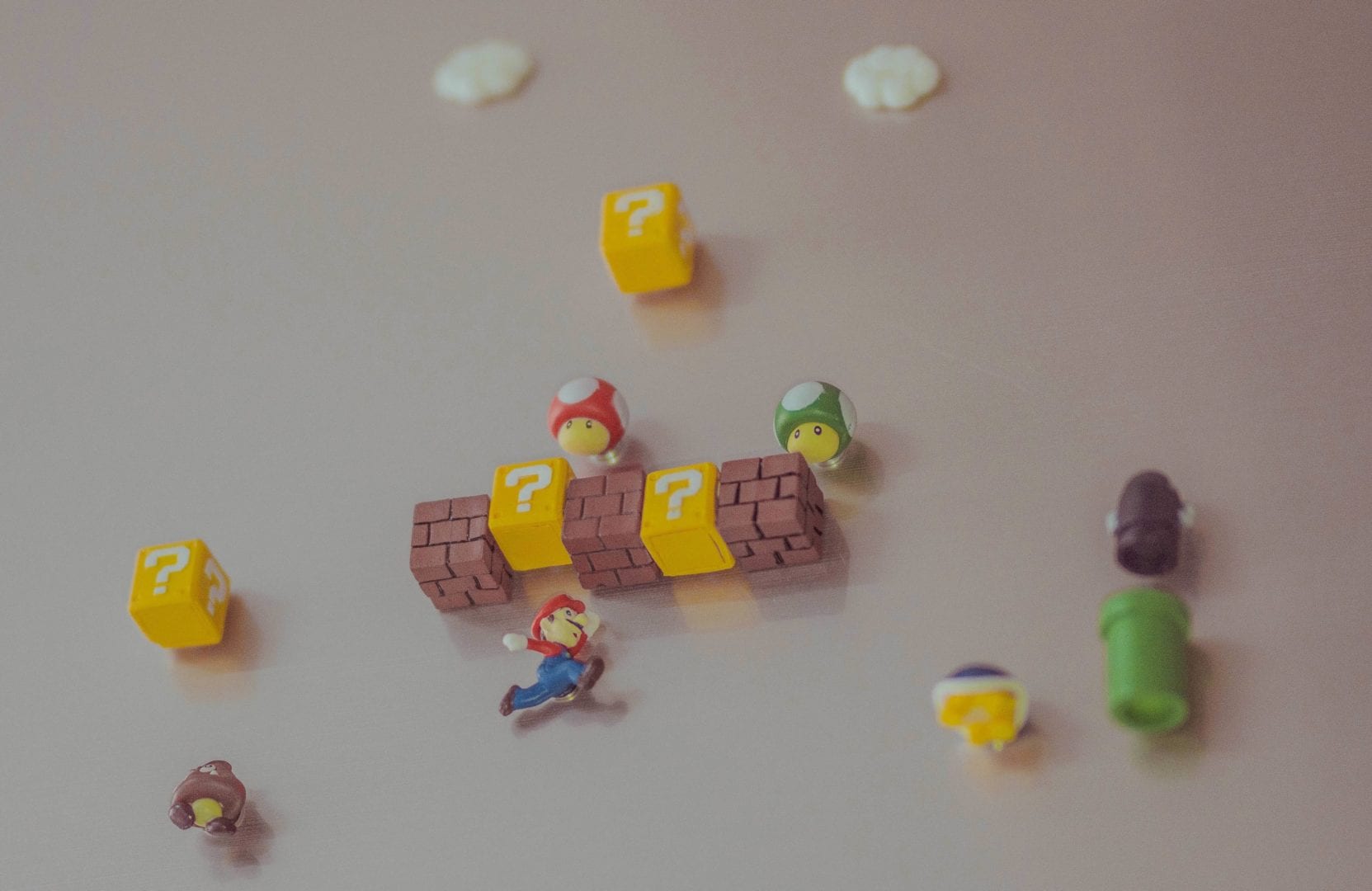 With a theme like this, there are a million different ways to do it, both simple and elaborate. The ring box can be a green pipe, or you could create a scale model of the game on the wall with the proposal message in a thought bubble. Make Mario proud.

As profiled on HuffPost. Photos courtesy of Dimmie Flay.