Life imitates art—at least it did when Aaron asked Tamara to marry him.

Art has always been a core part of Aaron Vandenbroucke and Tamara Marie Altherr’s relationship, so Aaron knew he would use art in some way to propose. With help from friends and family, Aaron used a fake street art tour to lead Tamara around the city, fresh snow on the ground and coffee in hand.

Tamara was blindfolded for the final stop when Aaron removed the blindfold to reveal two cartoons cut outs, one down on one knee with “Marry me?” between them.

He Let the Art Do the Talking 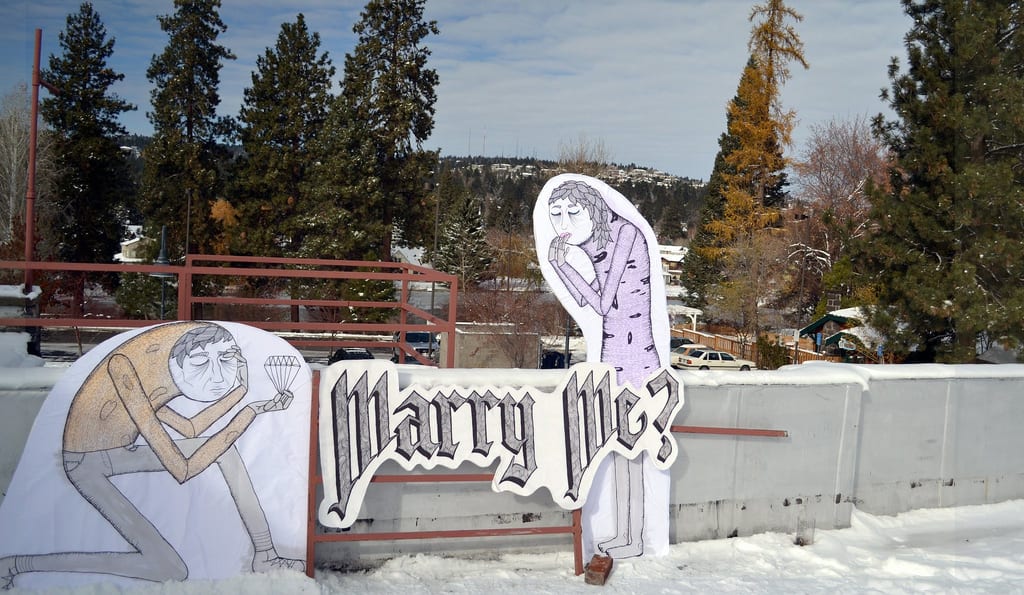 Even after a tour of Bend, Oregon’s most romantic street art, Tamara was still surprised when she turned back to see Aaron was also down on one knee, pulling a ring out of the bandana.

Location: Bend, Oregon (or the city of your choosing)

Cost: About $20 for spray paint and art supplies

The weather has to be nice, or at least walkable for this to pan out. A walking tour of the city won’t go particularly well in the pouring rain. Street art is also never guaranteed to be permanent, so your hard work may very well be torn down or painted over at some point. Aaron chose a medium that could be taken home and preserved, which dodged the risk of the art being destroyed.

He Opted for Moveable Street Art 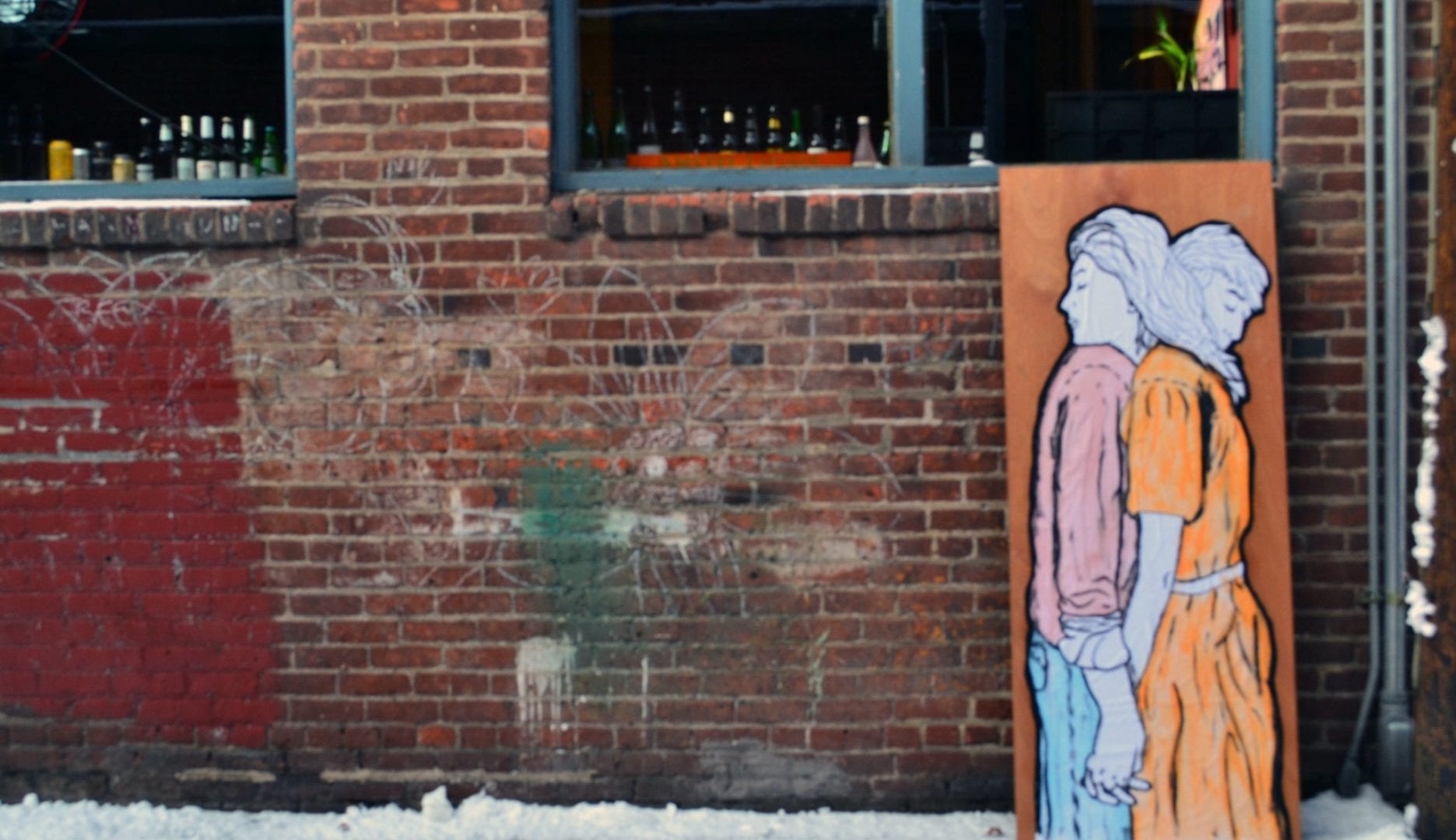 If you’re creating the artwork yourself, you’ll have to set aside plenty of time beforehand to make the piece perfect. Make sure you’re also doing it in a place that won’t be taken down or wiped clean before you can pop the question, and avoid any location she might stumble upon before it’s ready for her to see.

As profiled on BlouinArtInfo. Photos and video courtesy of Aaron Vandenbroucke.