Martin jogged his way to his fiancée’s heart with this geo-tracked running proposal.

Fatima hadn’t particularly expected a proposal, but if it was going to happen, she figured it would happen around their anniversary. Martin ignored that predictability and proposed in a more personal and surprising way, catching her completely off guard. He mapped out a run that would spell out “WILL YOU MARRY ME” when plotted on his tracker watch. 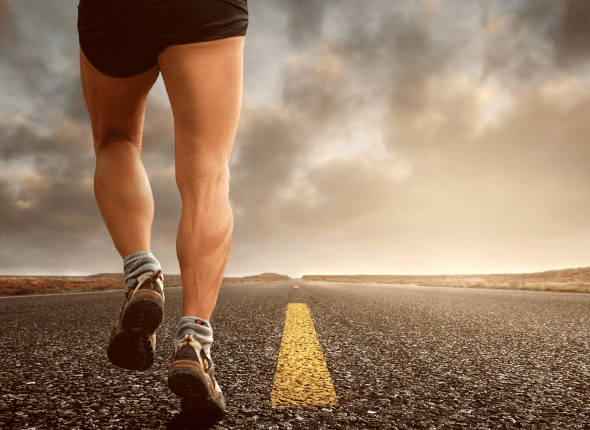 The idea for his proposal hit him after he bought the tracker watch. He knew he had the potential to do something amazingly creative with his running path and, in his own words, could “almost create art with it.”

Martin pushed himself to run the entire 8-mile route for his proposal, a distance he hadn’t finished since completing the Worthing 10K in 2014.

It’s Meaningless Until He Shows Her the Message 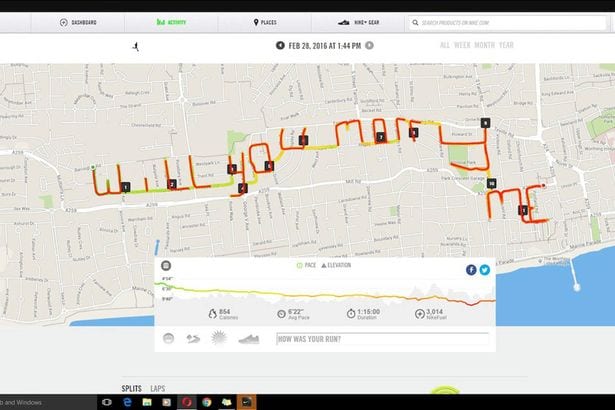 Martin had set up the proposal like it was any other day. He told her he was going for a run without giving her any more details. Fatima “didn’t think anything of it.”

When Martin returned from his run, his soon-to-be fiancée had noticed his exhaustion and asked about it. He used this opportunity to ask her to check the route that had been uploaded from his tracker watch to their computer, where she made out the question.

Aside from the location tracking watch, all you really need for this proposal is stamina, a water bottle, and some intersecting roads.

They Ran With It: The Happy Couple Post-Wedding

If your fiancée-to-be has no interest in running, this one could fall flat. Remember, it has to be romantic for her, not just something you did to impress her.

Make sure you plot out the route carefully before your run. If you’re not already a runner, start training a few months prior to proposing so you don’t tire and wind up with a lame “Marry M,” which is close but no cigar.

As profiled on Mirror. Photos courtesy of Martin Rolfe and Fatma Turk.