Propose in Paris, the most romantic city in the world, with a painting you bought that same day. Ring optional.

When my girlfriend Kate and I planned a trip to Paris, I had only a vague idea of proposing to her. I thought it was a good opportunity, but I made no preparations beforehand. Looking back, I’m not actually sure how I got away with that.

The Sights Of Paris 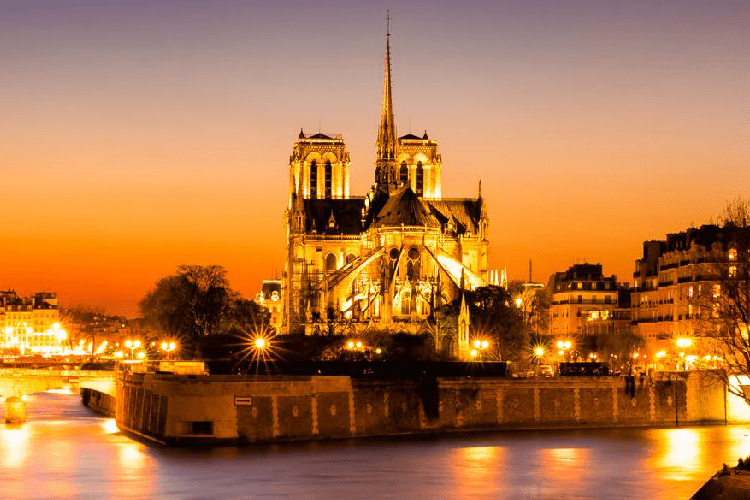 Fortunately, I had an ally in the City of Lights, a guy named Marc-Antoine who we knew through mutual friends. One day he took us to a  flea market, and Kate spent an hour or more in one art dealer’s stall, looking at various paintings. She hesitated to spend any money and went off on her own to look at other stalls.

I recognized this was my chance, and asked Marc-Antoine to go back to the dealer and negotiate for one of the paintings, a nighttime landscape about the size of a serving dish. I told him I was going to ask her to marry me, and wanted to do it with the painting. Marc-Antoine was enthusiastic and went back to the stall to strike a deal, in what I always picture as an animated conversation full of Gallic shrugs, expressive hand gestures, and puffs of Galois cigarette smoke.

The Art of Paris 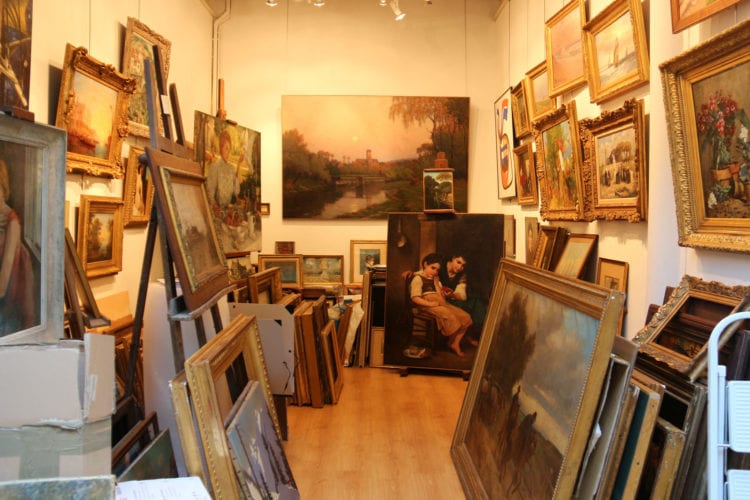 The picture was delivered to the office of our hotel later in the day, and that night we walked from our hotel in the Marais to the Ile St, Louis, and strolled up the Quai de Bourbon, the painting tucked into my shirt behind my back the whole time. “Why are you walking funny?” she asked, but didn’t actually look behind my back, which I took as a sign. As we passed under the Pont Louis Philippe, I said “I can’t believe you haven’t seen this thing I’ve been carrying the whole time,” and presented her with the painting. Then I asked her to marry me.

The Bridges Of Paris

Pont Louis-Phillipe at night. Photo by Neil Hunt (via Flickr)

Pretty much anywhere in the city will work, though the Seine is particularly romantic. You can reach the lower quays (the ones nearest the water) at either end of most of the bridges. The walks along the banks of the Ile de la Cité and the Ilé Saint Louis are lovely — you can walk around the latter in less than an hour, while the former will take a little longer (you’ll also want to take a quick detour to see Notre-Dame Cathedral up close).

That covers the painting, not the air flight to France, or the cost of hotels, meals, and museums. And obviously, it depends on the painting. 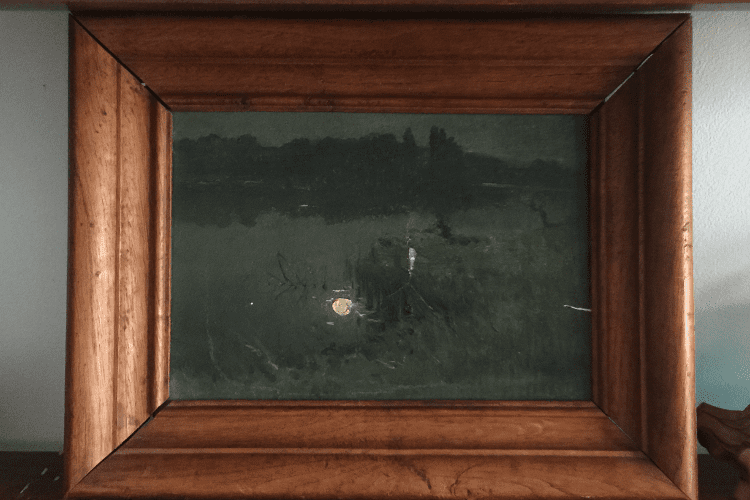 The famous painting, slightly worse for wear after being damaged in transit. Photo by JHM.

Drawbacks: What about a ring?

You’ll notice there is no ring in this story. I knew that she wouldn’t be disappointed by a ringless proposal, and that we could take care of that when we got back home. But not all women feel this way. The presenting of a ring is so ingrained in the modern proposal ritual, that you should probably have one on hand (which will obviously raise the price of the whole thing).

Prep: Maintaining the element of surprise

The hardest part of this was getting the painting delivered without her knowing, and finding a way to carry it with me without her noticing. Make sure it is wrapped—in my case it was in brown paper and bubble wrap, so if she does see it, she won’t be able to tell exactly what it is until you present it to her.

A smarter plan would probably have been to have Marc-Antoine take the painting with him, then meet us at a predetermined place. But we weren’t that close to him, so it might have been awkward to include him in this private moment.

Have a nice dinner beforehand, but nothing too heavy. This will allow you to suggest a post-meal stroll, arm-in-arm through the most romantic city in the world.

Though I didn’t do it, you should probably scout out the place you want to pop the question beforehand. After she said yes, we continued walking down the quay, and I realized that if I had waited another minute, I could have proposed in front of a stunning night time view of Notre-Dame across the river.