Tyson knew his girlfriend, Hayley, was throwing him a surprise birthday party. So he turned it into a surprise proposal for her.

Tyson’s mom was his inside agent. She suggested that Hayley throw the surprise party, and helped her plan it—all the while relaying the information back to Tyson, double-agent style. 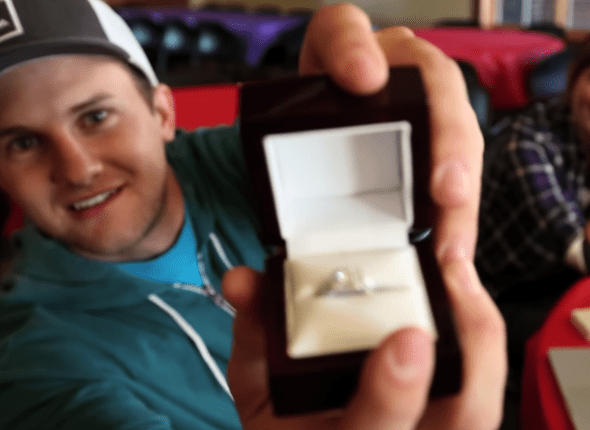 Tyson really wanted to wow Hayley, so he decided to perform a song for her right before asking for her hand in marriage.

With the help of his friends and family, he planned out exactly how he would switch the birthday party into a proposal, in a way that would totally surprise his girlfriend. 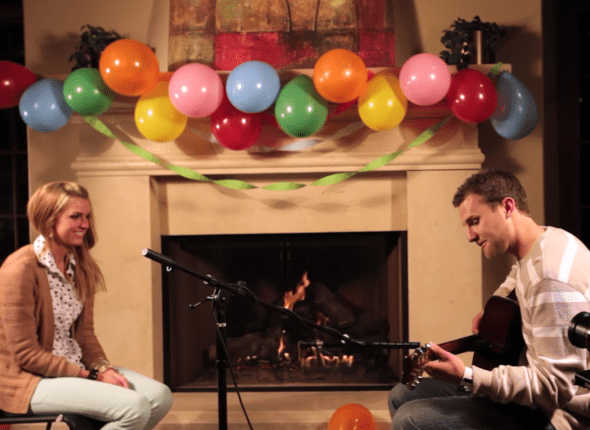 When Hayley led him blindfolded into the party, Tyson played along, acting the part of surprised guest until they started playing Pin the Tail on the Donkey (yes, adults do this too, apparently), at which point Tyson’s friend put the blindfold on Hayley and spun her around until she was completely disoriented. Then, he sat her down right in front of Tyson, who had set up his guitar and cameras in the meantime. When Hayley took off her blindfold, the first thing she saw was Tyson, singing to her.

Location: Wherever Pin the Tail on the Donkey Is Still Viable

The sweet thing about this proposal is that it can take place anywhere that a birthday party can: a friend’s house, a small venue, outdoors.

In order to pull this one off, you have to play the part of unknowing, unsuspicious, and believably surprised boyfriend. If you can’t act, then this isn’t the proposal for you. Whoever is playing the mole will also have to exercise good poker face or else your significant other will be able to see right through you both. And, of course, you need to be able to sing and play guitar (though you could skip the whole singing bit if you like).

Practice your surprised face in the mirror. Learn to play an easy but mushy song that will resonate for her. Decide if you want good photos from the day or not.

No Surprise Here: She Said Yes 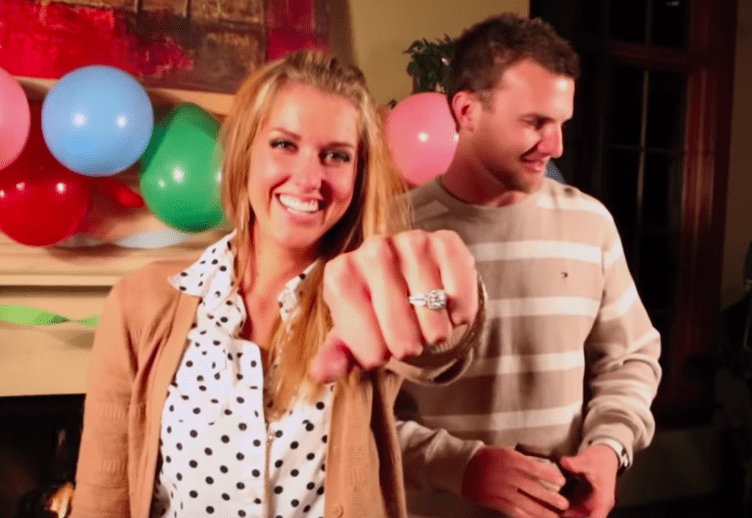 Watch the full video of Tyson’s proposal below.