She thinks she’s just playing a board game. But when she lands on the right property, she gets the offer of a lifetime.

Justin Lebon needed to identify an object that symbolized his connection with girlfriend Michal Ott. They loved playing Monopoly but their game was missing a few pieces. Solution: Create a custom board and rig it with allusions to places that have significance to both of them… and hide the ring in a secret compartment.

Built a Custom-Made Monopoly Board 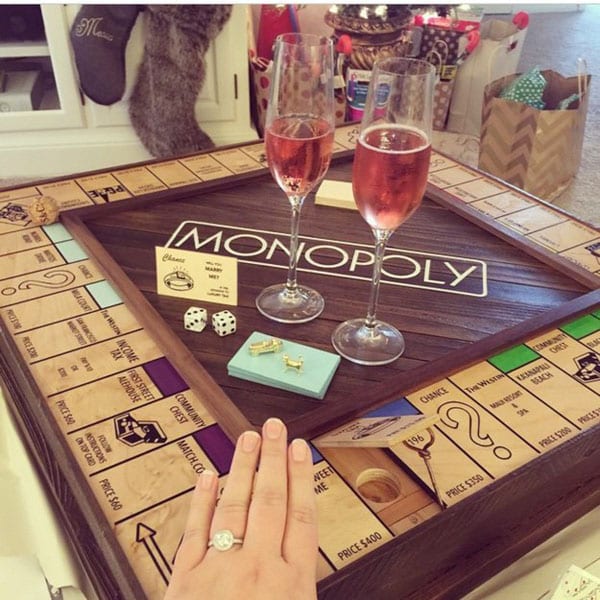 The first challenge was that Justin is not a carpenter. So he hired a pal, Mark Becker (who runs OldRedwood on Etsy) to make it for him. They recycled an old 20th century icebox and added old coins from a thrift stop along with and gold pieces from an anniversary edition of the game.

This proposal only works if your partner loves Monopoly and appreciates creativity over bling.

Instead of using the classic properties that come with the game — Boardwalk, Park Place, etc. — they invoked locations that held sentimental value: vacation destinations (Westin Maui Resort & Spa), the streets where they grew up, even their current apartment number.

Location: Anywhere that allows board games

Cost: $25 for the board game on Amazon, plus wood and carpenter costs for the custom frame.

Custom Property Cards Made in Excel 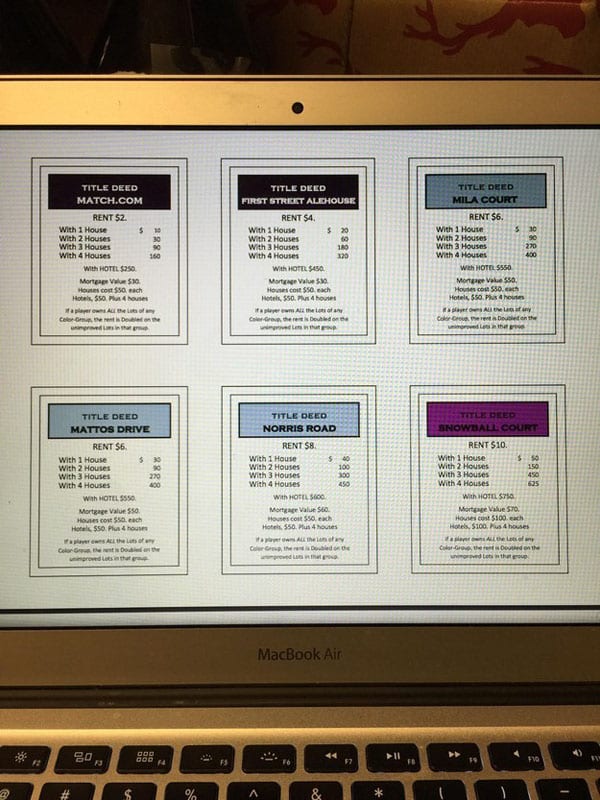 This proposal only works if your partner loves Monopoly (duh) and you are crafty and your spouse is the type of person who appreciates creativity over, say, bling.

He Made Custom Cards, Too 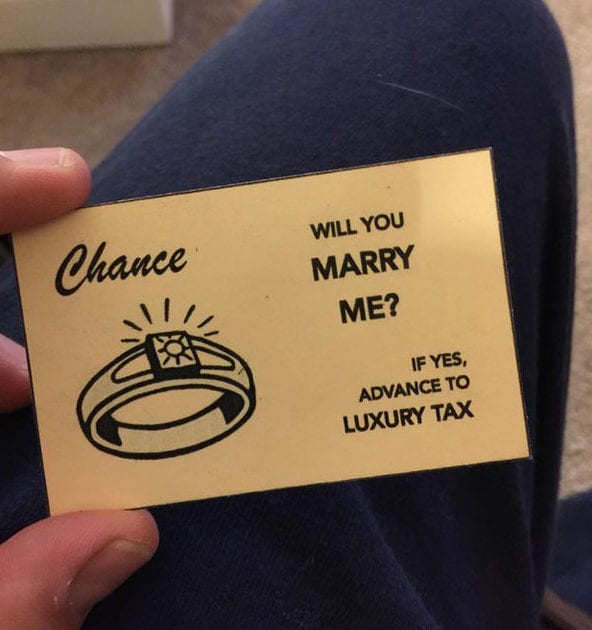 Buy game, wood. Create box frame. Decide how much customization you want to include; will you also produce personalized cards and properties?

The Secret Compartment with Ring! 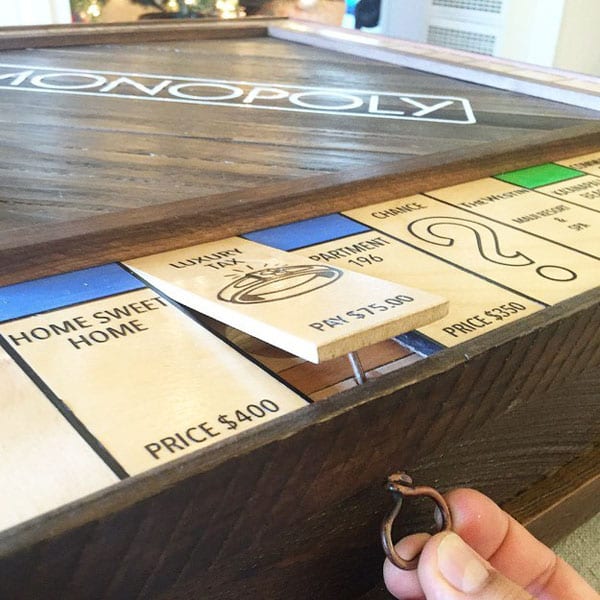 The piece de resistance is the secret compartment where Justin hid the ring. (Make sure you’ve added enough depth to accommodate the height of the ring or else that landing space will not close properly.)

Some Place Far Far Away from Monopoly… 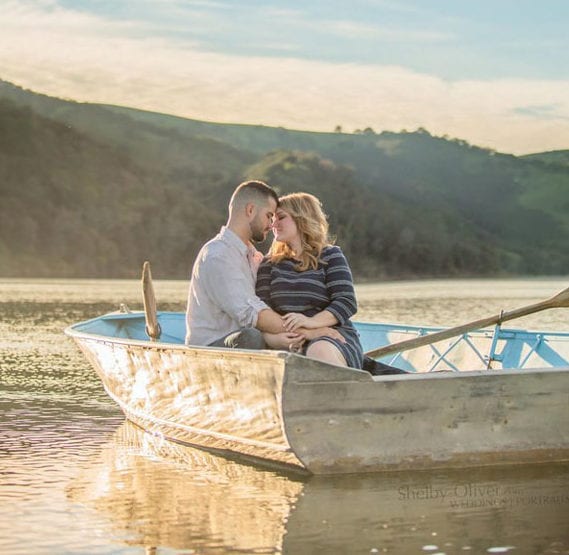 A few tactical issues remained: How would Justin get Michal to land on the “Chance” space where she would have to pick the card that asked her to marry him? He used loaded dice that forced her to roll on 7. How would he get her to even play the game in the first place? This was one of her Christmas presents.

As profiled on WomanGettingMarried.com. Photos courtesy of Justin Lebon and Michal Ott.