When asked to pick a card, Emily chose a diamond. Little did she know that Stephen would pull a real diamond out of thin air just minutes later.

Of all the tacky experiences that Vegas has to offer, this is one you’ll never forget (or regret). For Stephen and Emily’s proposal, the magician, Rob, started with a few love-themed card tricks. For one trick, Stephen and Emily held hands with the ten of clubs between them, and when they let go their original card had been replaced by the ace of hearts, the card representing love. 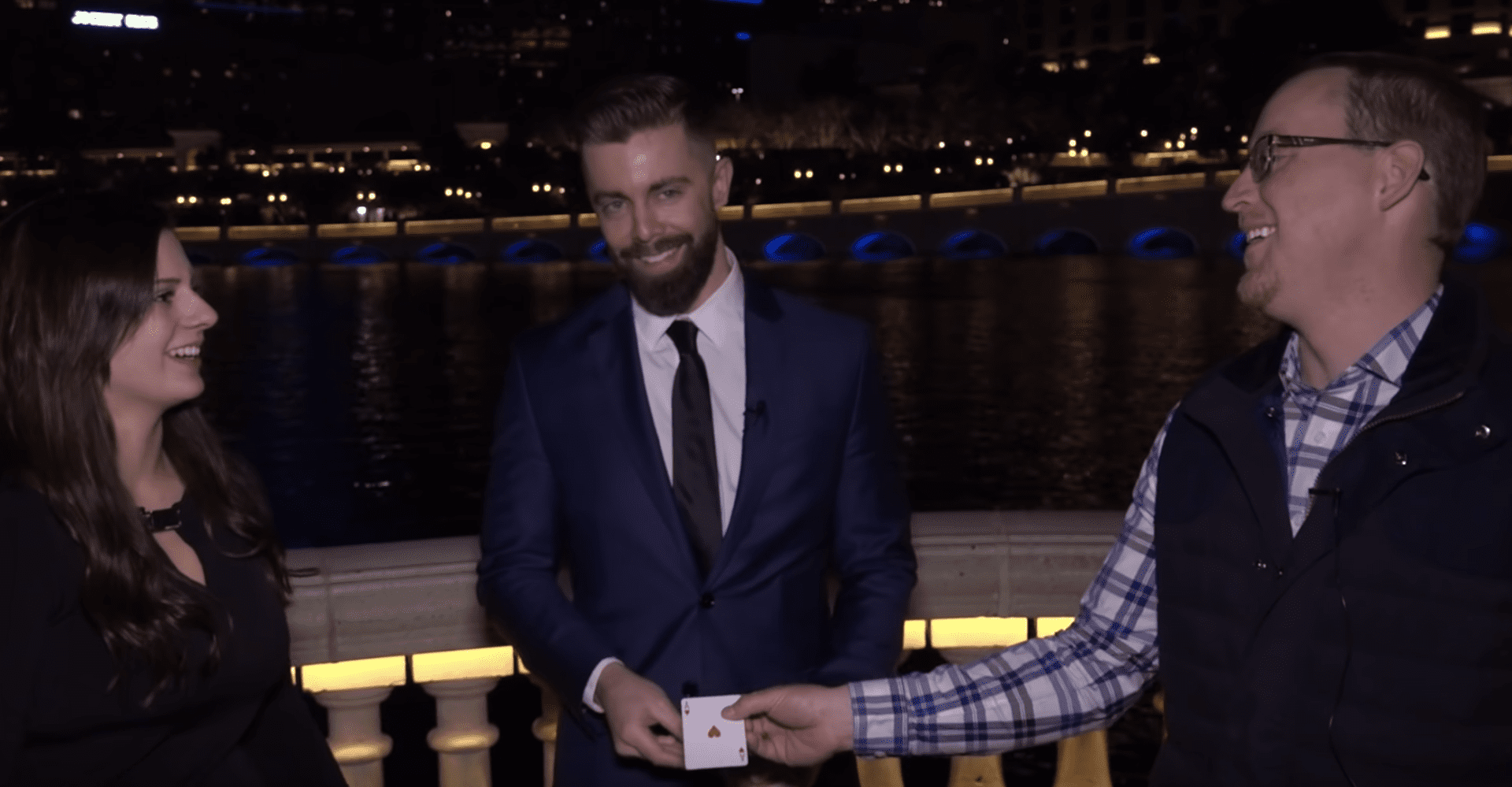 The magic act included a couple more tricks centered around hearts and diamonds, followed by a trick where the couple closed their eyes and felt each other’s sensory experiences; Rob tapped Emily on the nose, for example, and Stephen felt the sensation without ever being touched. 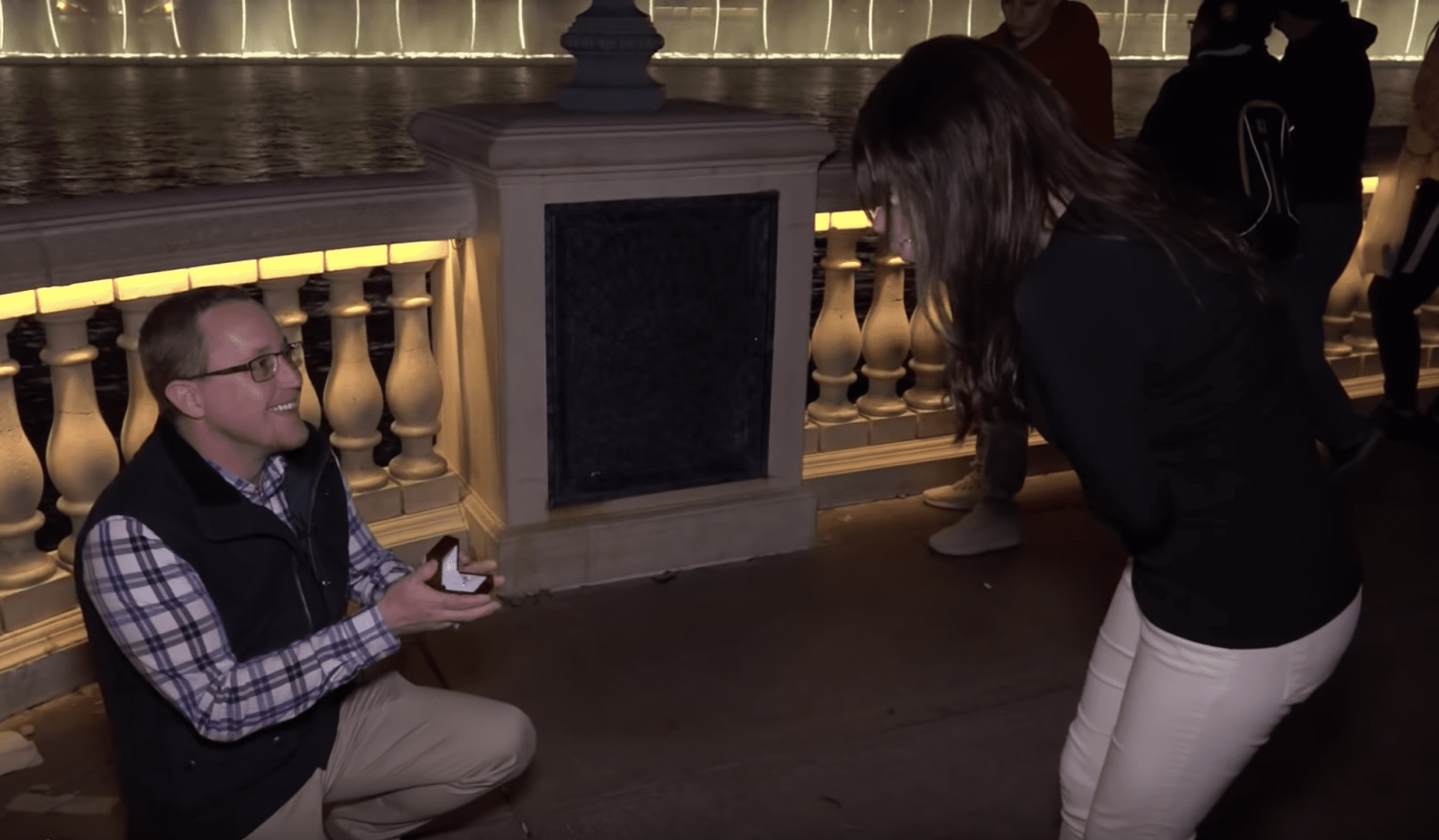 To finish off the 10-minute act, Rob’s last trick would actually be Stephen’s grand finale. Rob asked Stephen to visualize a gift he wanted to give Emily. He then folded a sheet of cloth into an “empty” pouch and asked Stephen to reach inside. He pulled out a ring and got down on one knee, making for the most surprising magic trick of all. 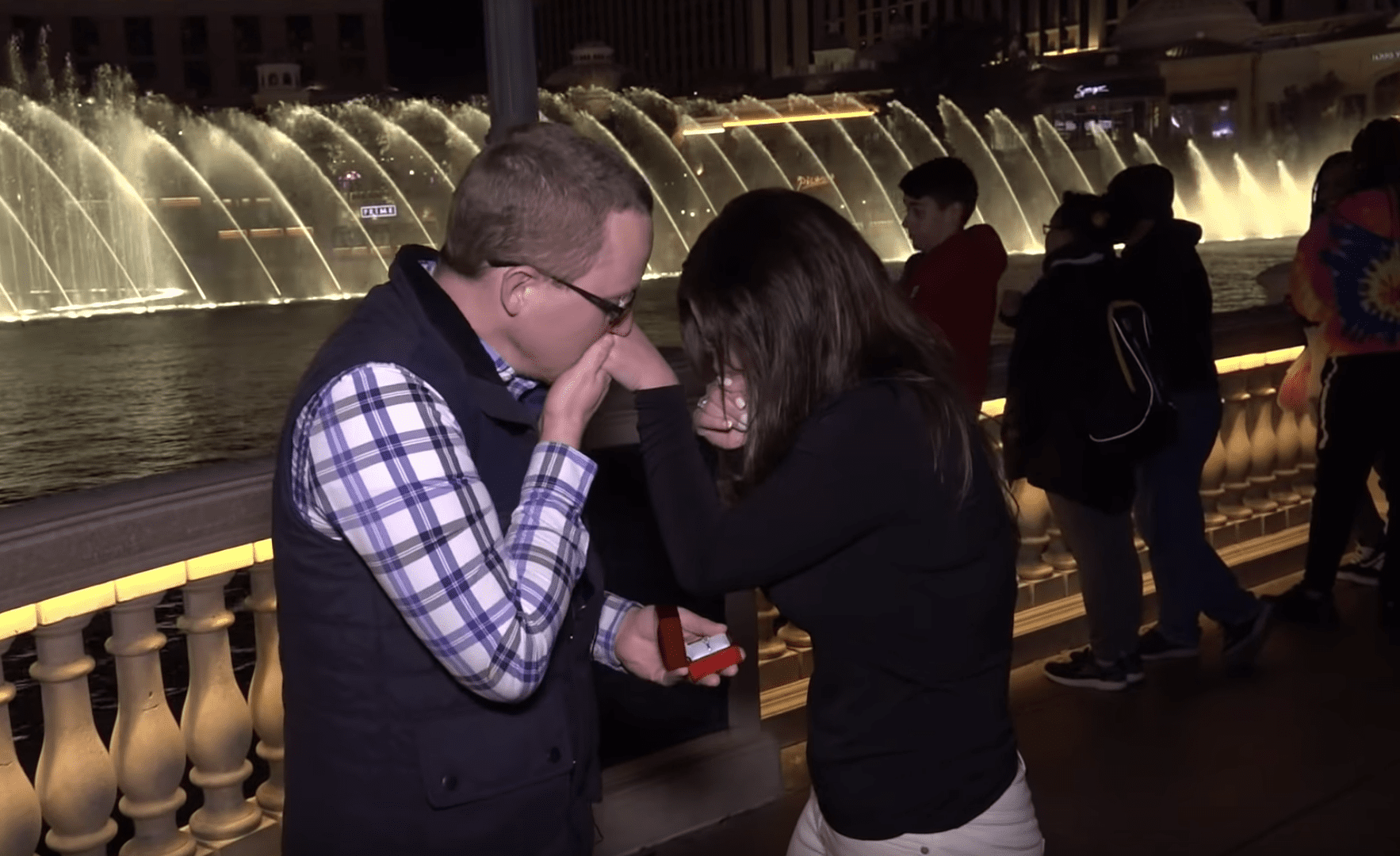 A magic trick proposal in the city of all things tacky is about as flashy as it gets, so be sure that your partner will be okay with the attention. And remember, this proposal errs on the side of cheesy, so pick another method if your significant other won’t appreciate a marriage proposal reminiscent of their 8th birthday party.

This Magic Moment allows you to select and book the proposal you want on the website, then someone from the service will contact you directly to discuss the details and work out the best proposal for you.

There are many ways to approach the magic proposal. Stephen opted for the deluxe proposal package where the ring is part of the act, but others have popped the question on the card itself. One man did a trick where his girlfriend was blindfolded and asked to hold hands with the “magician,” but when the blindfold came off, her boyfriend was in front of her with a ring. With This Magic Moment, you can get creative and craft the perfect magic proposal tailored to your relationship.

Photos and video courtesy of This Magic Moment