When Michael made it on to Jeopardy, he used the opportunity to ask his girlfriend, Maria, to marry him.

Michael and Maria had already been talking about getting engaged, so the focus was less on if she would say yes, and more on how he would ask the question.

According to Michael, he hadn’t planned on proposing while on Jeopardy, but when he was backstage preparing for the taping, a show staffer asked how long he had been dating Maria. He clarified that they had been together for ten years and the staffer teased that it was “about time to put a ring on it“.

That was all it took for him to make his decision.

Asking the Question on Jeopardy 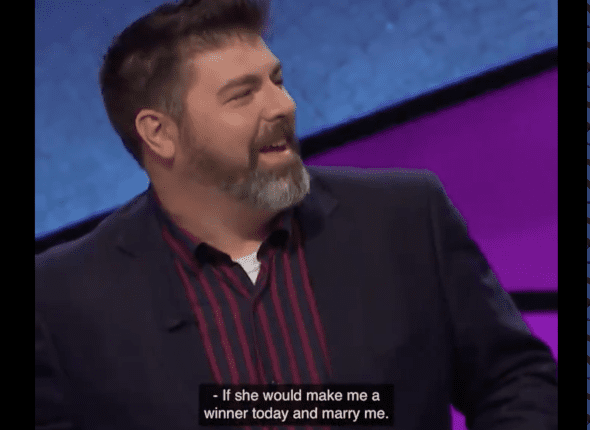 Michael proposed during the midpoint of the show, when Alec Trebek does a brief interview of the days’ contestants. 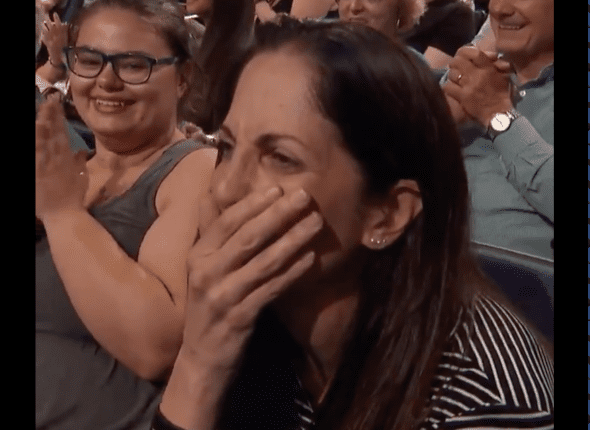 Michael had the advantage of already knowing Maria was going to say yes to whatever proposal he could’ve planned. If you’re interested in surprising your partner with an on-air proposal, you better make sure that she would be okay with it.

The Winning Line…”What Is Yes” 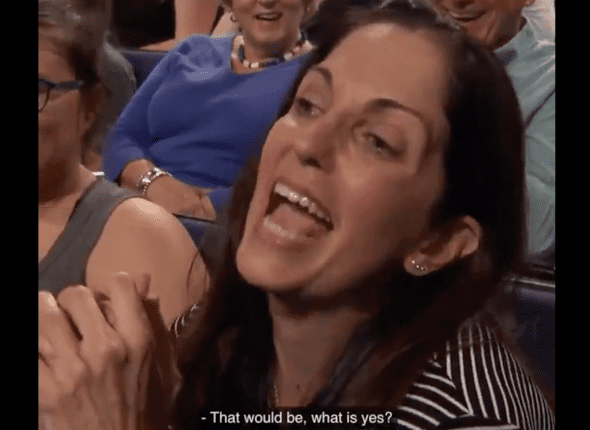