Luke contacted Talenti Ice Cream for a personalized pint, hid it in the freezer of his favorite supermarket, and proposed in the freezer aisle after she discovered the proposal ice cream.

Else Schmit and Luke Munsterteiger had been dating for almost two years, and always split a pint of ice cream together on their dates. So, Luke decided that he wanted to make the next pint they shared special. 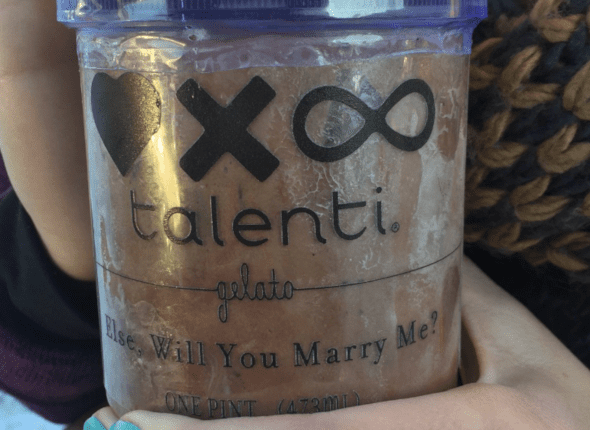 Luke contacted Talenti through the website and explained his idea. The brand responded and even designed the label with the emojis Luke and Else use to text each other: heart, multiplication sign, and infinity symbol. The flavor was Fudge Brownie, one of their favorites.

“I snuck it into the store under my coat and then placed it toward the back, hoping no one would take it by mistake.”

On what seemed like a routine run to the store, Luke then put the pint in the back of the freezer at King’s Super, a supermarket the couple routinely goes to for ice cream. Else’s mom distracted her, leading her elsewhere until he set up the ruse. 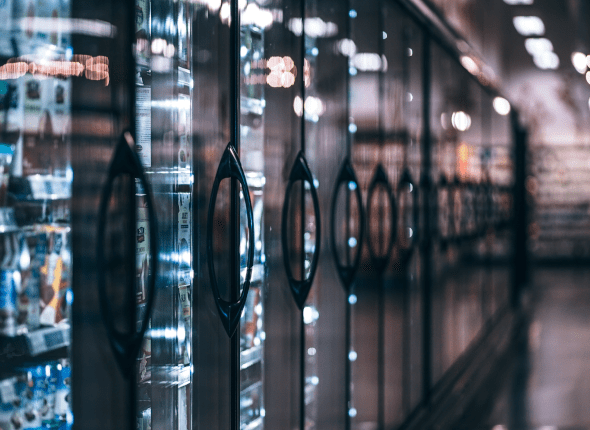 When he met up again with the women, Luke suggested they pick out a pint of ice cream together. Else tried to pick out a new flavor, Pumpkin Spice, but he was able to get her to pick out the personalized flavor, Fudge Brownie. As she read the label, he got down on one knee and proposed to her and presented Else’s grandmother’s ring from the 1920s. 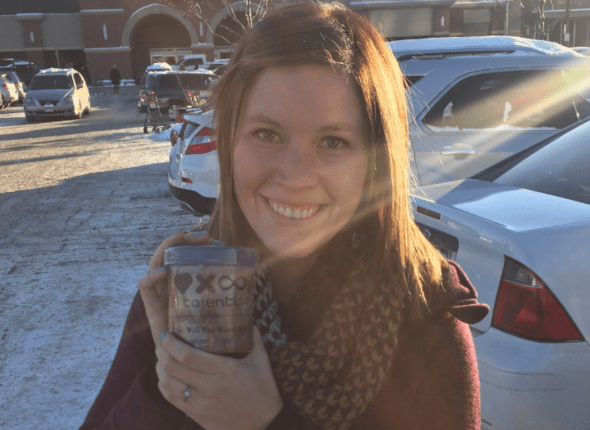 Cost: about $4.19 (not including engagement ring)

Concerns: Not every ice cream company will play ball

Your first pick of ice cream company may not get back to you, so definitely have a back up or two. See what other food brands she likes and try those too. Custom chicken nuggets box? Why not?

Not every company will buckle at the knees upon hearing this idea. Even if they like it, they need time to make it happen. Expect to wait a few months.

Photos courtesy of Else Schmit and Luke Munsterteiger