Set up a fake art gallery filled with photos of that relate to the two of you. Walk through the show, and, at the end, ask for her hand in marriage.

My then-girlfriend (now wife) Haneen loves art.  She had always wanted to take me to an art gallery, so I thought I’d let her, but turn it into something special.

We started out the day at her favorite breakfast place. During the meal, I was nervous and excited, and I found out later that she noticed. I had told her about my friend Cliff and how he was having an exhibition of his photographs. 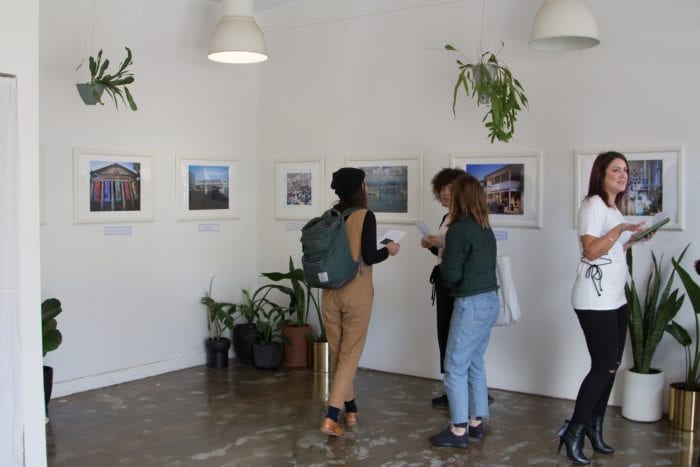 He wasn’t. It was entirely a set up. The proposal coordinator was pretending to be the gallery host, the other people there were actors, and the camera crew ostensibly filming interviews for Cliff’s website was actually there to catch all the proposal action.

By the time we got to the last group of photographs, she starting to tear up…

As soon as we walked into the gallery, the video crew asked to interview us. We told them talked about how we found the gallery, and etc.  We then started looking at the photographs. The first was the community hall where we met. Then the rest of the photos were of memorable places from our relationship. 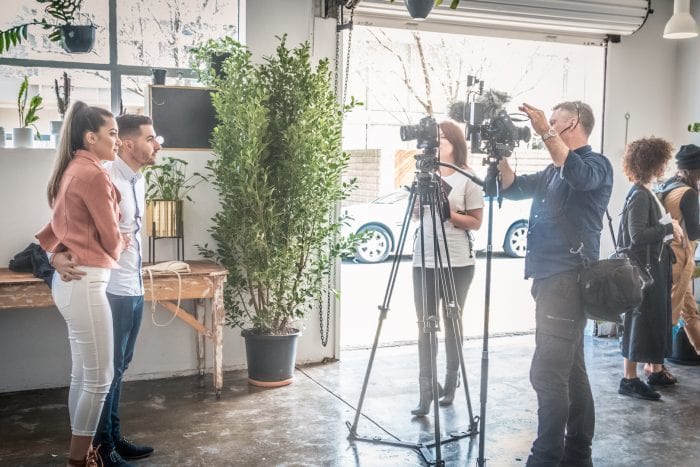 Haneen had a feeling that something was up but she didn’t want to get her hopes too high.  By the time we got to the last group of photographs, she starting to tear up. After we looked at all the photos, I finally did it, I held her hands and I gave her the most romantic speech, asking her to be mine forever, and she said yes. 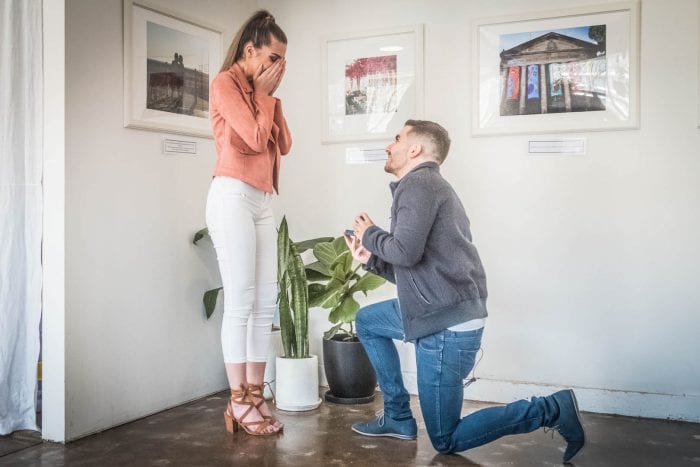 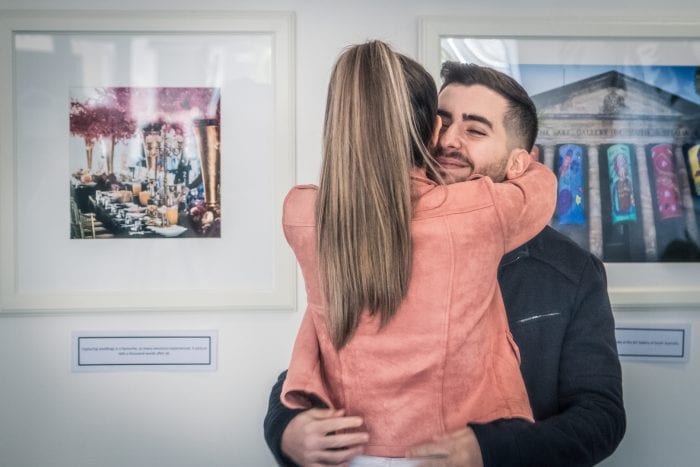 Location: A space you can rent

An empty space that you can set up as a storefront gallery (or an actual gallery that will let you set up a fake exhibit for the afternoon).

This plan is time-consuming, and requires a lot of set up. It also requires some pretty precise timing on the day of, and a lot of luck. If Haneen had been in a bad mood, or had gone to look at the photos immediately, or had wanted to stop somewhere else before the gallery, I would have been in trouble.

Once you have secured a good space, and printed and framed your photographs, you’ll need to set up the fake gallery, prep your actors, and plan how you’re going to get her there. You should lean on your proposal coordinator for a lot of this. Don’t forget to make plans for after you’ve proposed–you probably won’t want to hang around the gallery all day. 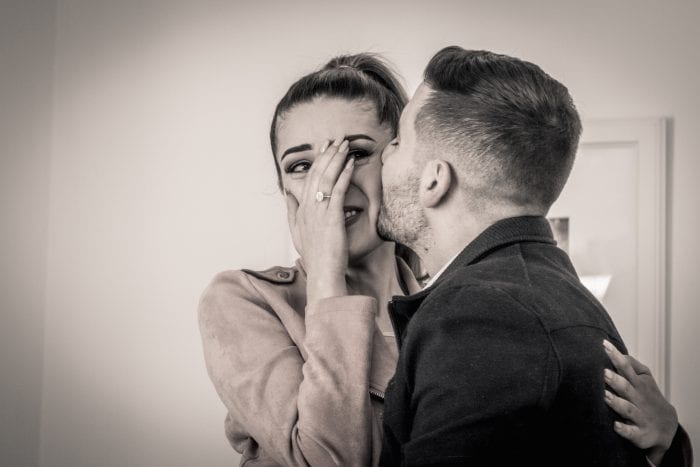