Mark, the groom, enlists the help of an airport gate agent to ask for Robin’s hand in marriage. It’s smooth sailing after the “yes.”

Mark chose this setting for his proposal because it was at a gate waiting area in this same airport that he first laid eyes on Robin, the young woman who would become his partner.

Airport gate announcements are not high on most people’s list of romantic moments. When we pay attention to them, it is almost always with one question in mind: how long before I can get on the goddamn plane?

Therein lies the genius of Mark’s plan. Who would expect a heartfelt proposal nestled in among the most pedestrian of announcements? If nothing else, she’ll be surprised when the boarding attended starts saying:

“Every day hundreds of people meet at Toronto Pearson Airport. Whether for business or pleasure, you’re almost guaranteed to meet someone new when you pass through those doors. That’s exactly what happened for a couple boarding this flight today…”

…and then goes on to tell the story of how Robin and Mark became a couple.

It Starts Innocently: Just Waiting for the flight 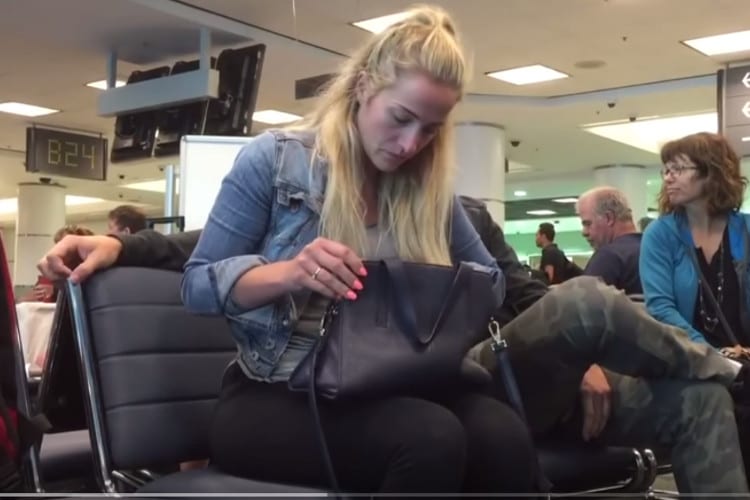 Wait, Did She Just Mention My Name? 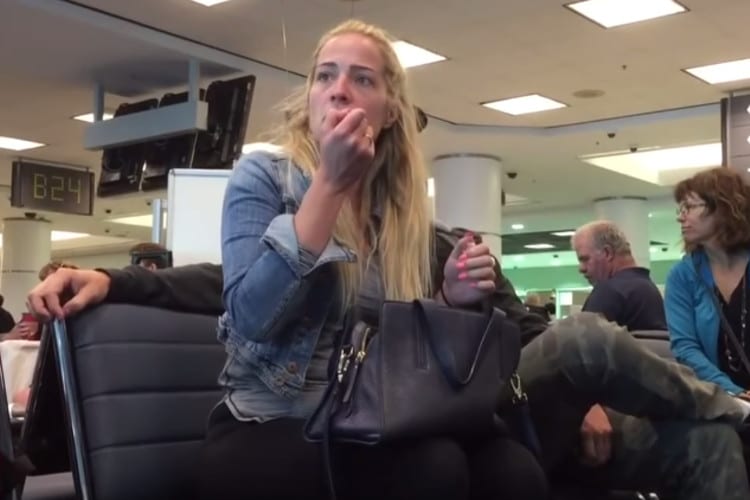 Ok, What the F is Going On? 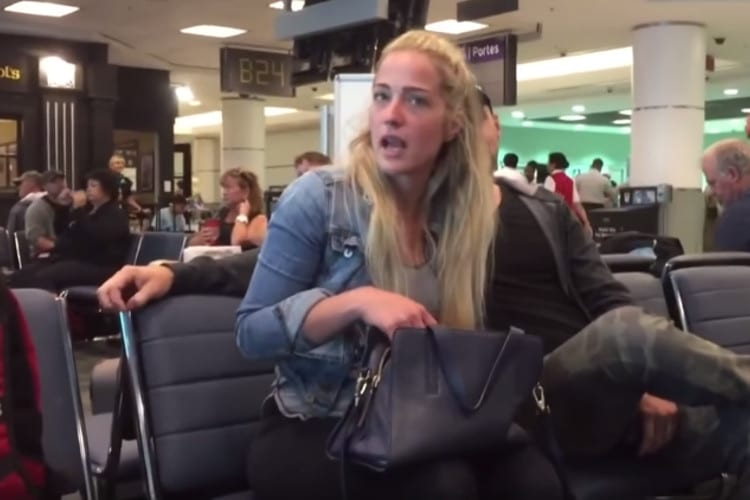 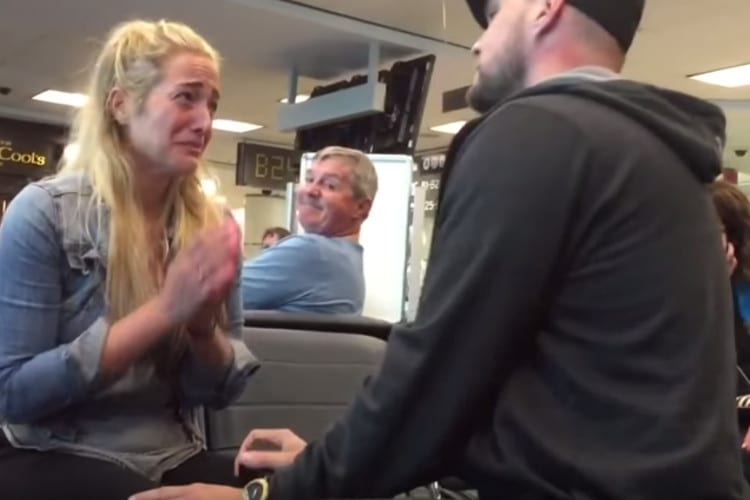 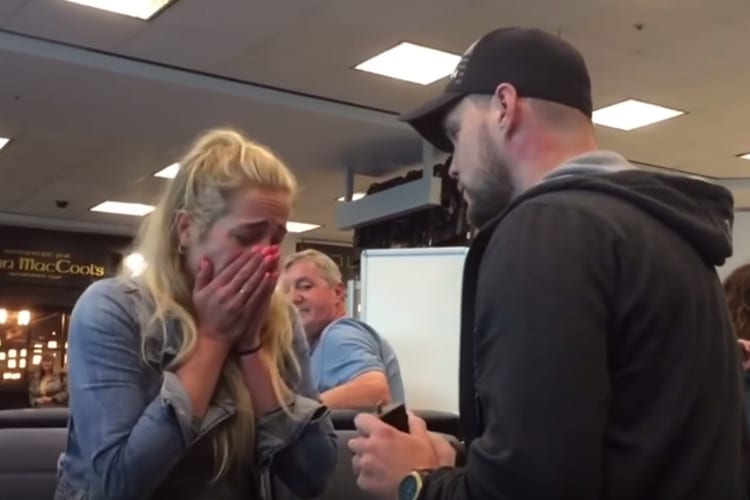 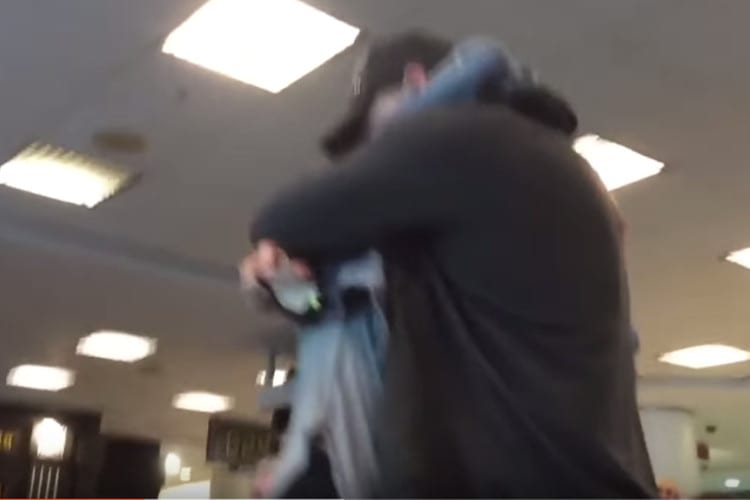 You might consider scouting the boarding area where your flight has been assigned in advance somehow.

Strictly speaking, this method is free, in the sense that you don’t have to rent out the waiting area and, presumably, you’re asking a favor from the gate attendant (though you might want to tip him or her).

On the other hand, you are flying somewhere, so there will be the cost of the tickets. Plus, assuming she says yes, the trip will take on an extra dimension—your first as an engaged couple—and will call for a little extra celebration when you finally get there.

First: You’re going to have to get to the airport earlier than you would otherwise. Not only do you have to clear security and find the gate, you must somehow convince the boarding attendant to help you—all without your girl noticing.

Second: It’s not like you can choose the most articulate attendant in the airport to read your proposal. You’ll be stuck with whoever is handling your flight. Make sure you print the speech out in 14-point type or larger, so he or she doesn’t flub this most important of announcements.

Third: you have to be iron-clad positive that she’ll say yes. Imagine how awkward that flight will be if she declines your offer.