Fans of Taylor Swift arrange to meet the pop star; then boyfriend proposes to girlfriend while Taylor’s jaw hits the floor.

Stephanie Pysher and Anthony Yannuzziare come from the same hometown, but they didn’t fall in love until they decided to attend a Red Tour show together in the summer of 2013. Since Taylor Swift is the reason that they’re together, Anthony really wanted to include her in the proposal process. He contacted Taylor Swift and her promotional twitter Taylor Nation to see if he and his girlfriend, Stephanie, could get into a meet and greet before the concert, then proposed during the one professional photo with Taylor Swift they were allotted. 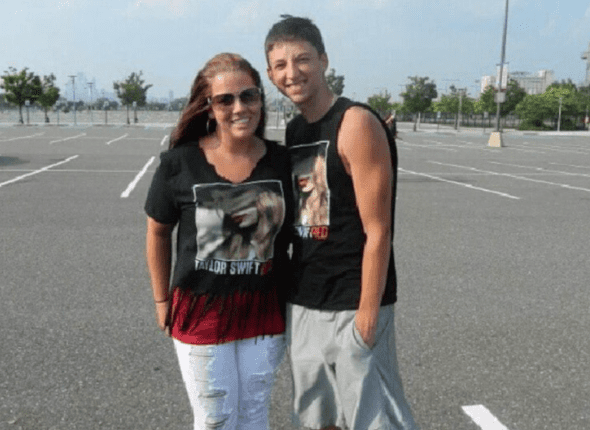 Anthony created a Twitter account in June before the concert, knowing he was going to propose. Despite the attempt to get Taylor Swift’s attention, he was never contacted, so he had no idea when he would ask the question since the couple was planning to attend two Philadelphia Reputation concerts.

“It amazes me that we were one of the few selected to meet Taylor while having the ring in my pocket.”

Stephanie and Anthony arrived in the stadium early for the first concert on July 13, 2018 and hung around the merch bus and front gate. Right before the gates opened, they were approached by a Taylor Nation representative and given tickets to a meet-and-greet.

Stephanie ran towards the meet-and-greet location after getting through security, which allowed him to get the ring into the stadium unnoticed. 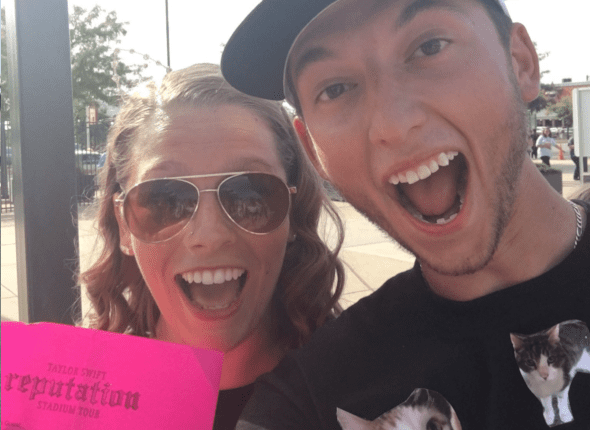 When the couple got to the “reputation room” to meet Taylor, Anthony popped the question immediately after Stephanie finished talking to her. Since they only had one photo opportunity, he told Taylor that he had the perfect pose idea for the photo.

After Stephanie said yes, Taylor told the newly engaged to hug. Once we were done taking our engagement photos, Taylor held Stephanie’s hand and told her how beautiful the ring was and how incredible they were. 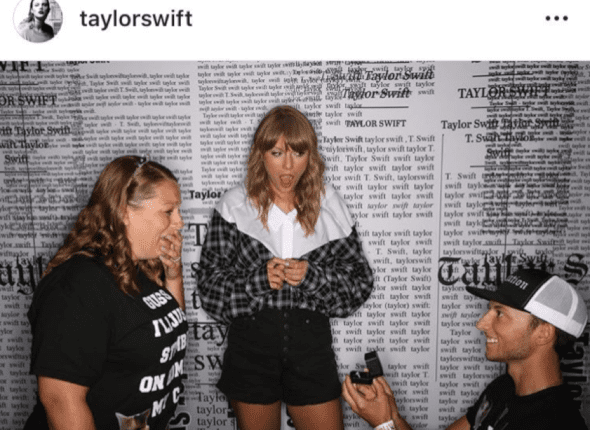 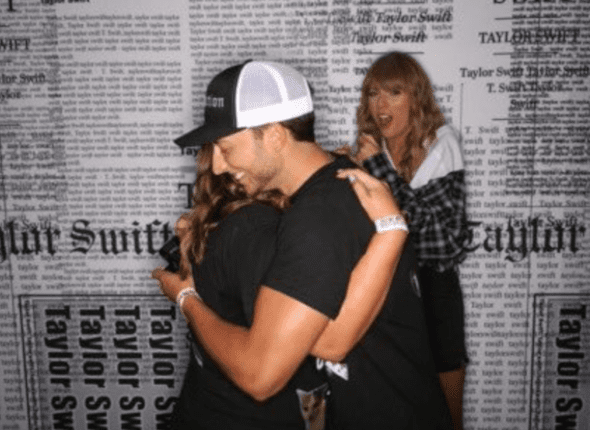 Location: Backstage at a concert

This plan works best if you know you can hook up a meet-and-greet before the show. In this case, Taylor Swift and her mom pick random concert attendees the night of the concert, so it was truly just luck for this particular couple.

Most celebrities meet-and-greets allow only one photo, so be sure that you’ve been practicing your proposal pose. Try taking some practice photos with your future groomsmen to see which facial expression and poses look the best for the picture that will be shared everywhere.

This Proposal Was Good Enough to Commemorate in T-Shirts 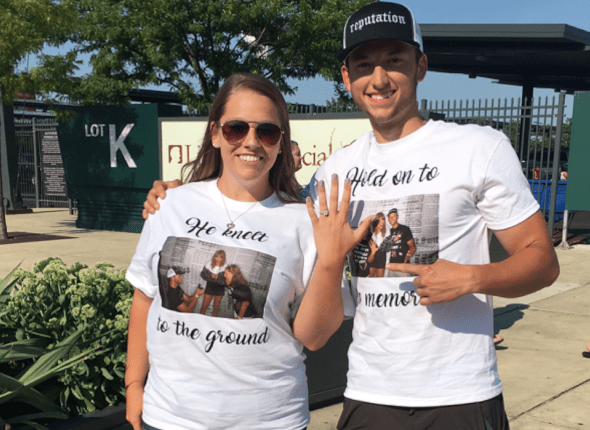 You can read more about the proposal at the Twitter feed here.