The Week in Wedding News: Jennifer Lawrence, 28 Pounds of Cheese, and the $6,000 Seating Fail

Normal news junkies spent this last week binging on stories about blackface in Virginia, Nancy Pelosi’s State of the Union “fuck you” clap, and the National Enquirer blackmail scheme that somehow has turned Jeff Bezos into an all American hero.

Not us, though. Here at The Plunge we’ve been mesmerized by the announcement that Costco is now selling a 5-tiered cheese wedding cake. Not a “wedding cheese cake,” but a wedding cake made entirely of cheese: 24 pounds of cheese (including Brillat Savarin Triple Cream Brie, Danish Blue, Tuscan Sheep’s Cheese, Red Leicester, and Murcia al Vino). This so-good-it-must-be-wrong creation can feed 105-150 people, and will only set you back $440–which as wedding cakes go, is a bargain.

A man in Ireland is approximately $6,000 richer this week after going to a wedding and getting into an argument over a seat. According to Irish Central, Judge Sean O’Donnabhain of Clonakilty, County Cork, awarded plaintiff Myles McSwiney the money for injuries suffered at the hands of his sister-in-law Stephanie Desmond at a wedding back in 2016. Myles evidently took Stephanie’s seat at some point during the reception, an affront that earned him a gin and tonic in the face and a bit of light choking when she grabbed his tie.

Back on our side of the pond, an engaged couple encouraged all their female guests to wear their old wedding dresses to the reception, giving them a chance to squeeze a little bit more return on an old, expensive investment. The move quickly went viral when the couple posted pictures to Imgur. We’d give them 10 points out of 10, but for the fact that the groom and his half of the party wore tuxedo-themed hoodies and black sneakers–a terrible faux-pas, in our opinion. If all the women are going to look elegant, you can at least put on a suit. 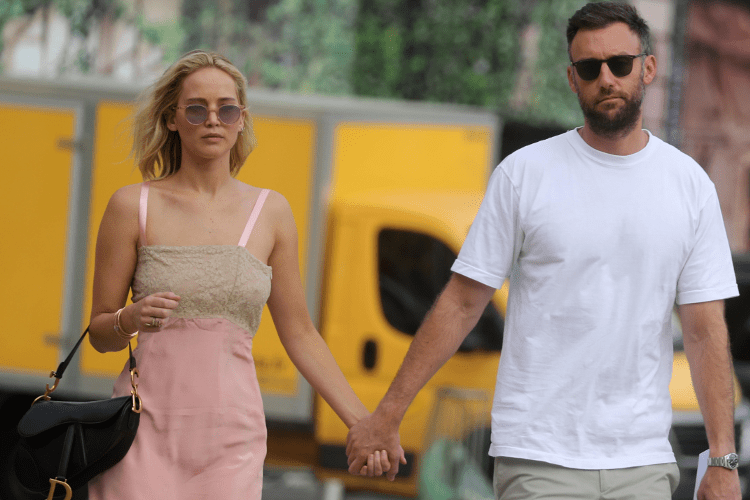 Katniss Everdeen fetishists the world over were left inconsolable this week when it came out that Jennifer Lawrence has finally got engaged. Her fiancé’s name is Cooke Maroney, which sounds like a character from Scorcese’s The Departed, but is actually a youngish gallery director who majored in art history at New York University. We’re never sure if massive fame inequity is a good or bad thing when it comes to celebrity marriages, but wish the couple happiness either way.

Love in the Time of COVID-19: How Project Cupid Brings Marriage Licenses Online

With quarantine and social distancing here to stay, NYC Mayor Bill de Blasio is launching Project Cupid, an online platform to get a marriage license.

New Valentine’s Day Trends: Where Couples Go, What They Do and for How Much

Valentine's Day is right around the corner. Here are the latest trends on where consumers (from boomers to Gen Z) are spending money and on what.

Whether it's during wedding photos, the ceremony, or at the reception, these celebrity wedding crashers know how to make an entrance!

It only takes one day to get married, but saving on your wedding is a year-round business.

It's one way to cut down on the wedding costs.

Looking out for the opportunities to save money: on the engagement ring and on the dress.