What To Do If You’re Kidnapped On Your Honeymoon

Many things can go wrong on a honeymoon. The hotel might have a lumpy pillow. You could get a sunburn. Or you might be kidnapped by rebel fighters and tied to a pipe in the basement of a drug lab.

From a strictly statistical point of view, one of these three is slightly less likely, but given that it’s the only outcome that’s really going to ruin your honeymoon, we’ve created this handy guide to honeymoon abduction survival.  You’re welcome and see you again in three months to five years (if we see you again at all).

If, when confronted with ski-mask wearing abductors, you can suddenly be Steven Seagal and bust a dude’s wrist into a pretzel behind his ear, problem solved. (However, you will still have to deal with the even bigger problem of being Steven Seagal, which is arguably worse than being kidnapped.) Also, according to experts, the first few minutes of a kidnapping tend to be the most dangerous, since everyone is nervous and still getting to know each other.

For that reason, the initial “hello, get in the van” phase tends to be the most volatile part of any abduction, and the risks increase exponentially if you resist. Do a quick risk-to-reward ratio assessment. If time permits, a PowerPoint presentation is helpful. Nothing elaborate–maybe a few pie charts and/or Venn diagrams, so you can easily go through the decision-making process with your new wife.

Be inclusive. Whisper things like, “There are 5 of them with machine guns: do you think you can take the two on the left?” Even if you end up riddled with lead, your wife will appreciate that you involved her in the decision process. You’re married now. You’re part of a team! 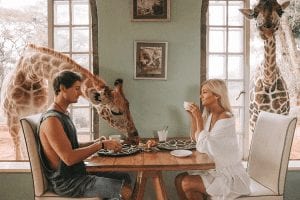 The Perfect Honeymoon Won’t Be Perfect

Way back on the veldt, evolution trained our bodies to release waste matter in an emergency, so we could more easily outrun hungry sabre-tooth tigers and such. But you have no idea if the blindfolded van ride you’re about to take will end in a place with showers or washing machines. It may be several weeks or even years before you are able to clean yourself. Remember, even though you have been kidnapped, this is still your honeymoon. You want to maintain the sexy.

Chances are you will be living in a cave for the next several months, and that’s actually got an upside. You will probably be held somewhere isolated, i.e., “romantic.” You and your new wife may find yourself alone for long stretches, with nothing but candlelight to see by while your guard gently snores and cradles an AK-47. You may have handcuffs or chains, which is kind of kinky. This can actually be a nice moment. But not if you start with boxer shorts full of poo.

Most kidnappers will not allow you to videotape the proceedings, or even take notes. Therefore, you must try to observe and remember as much as possible, either to help with your escape plan or for your book proposal once you’re rescued. Even blindfolded, you can still listen for clues. For example, are you being held half-submerged underwater in a rattan cage filled with electric eels?

Try to determine how many captors you’re facing. Judging by the tone of their voices, do they sound like they are about to chop one or more of your toes off? Do your captors address one another as “comrade”? Do they refer to you in the past tense, even though you’re right there in the room with them?

If you can see, scan the room for exits. Note any obstacles, such as a large couch or a metal door or a moat. Observe yourself. Are you injured? Are you weeping like a little girl? Have you begun to suffer from Stockholm syndrome and identify with your captors? This is totally normal. Patty Hearst did it and she got to join the Symbionese Liberation Army. And nothing bad happened to her.*

*Very bad things happened to her. 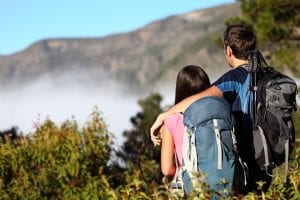 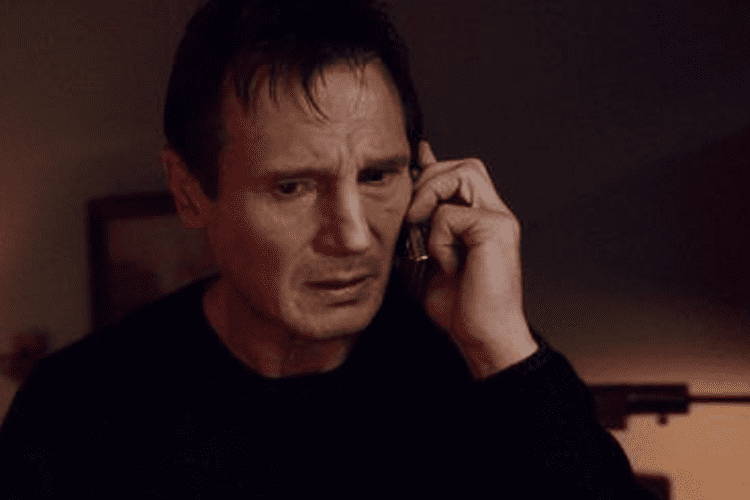 There’s a good chance that the moment you are kidnapped, you will crumble like a Girl Scout cookie. Remember: most victims of kidnappings survive, so the math is on your side. Having said that, you could be held for several years in unspeakable squalor, with little food and frequent beatings. The beatings may get savage at times. Maintain dignity. You must not show weakness. Try not to bleed. If you must bleed, try not to weep. If you must weep, try not to whimper. (If you must whimper, see rule #2.) In order to stay sane, you must remain mentally active, so try rearranging the scenes from your favorite movies, visualize that you are doing a crossword puzzle, or silently reciting the lyrics to your favorite songs. Bon Jovi’s “Living On A Prayer” is always good (and extremely relevant).

At first, you may harbor some ill will towards your captor. Perhaps he is psychotic, or has a large swastika carved into his head. But avoid insulting him or bringing up sensitive topics like politics or drapes. You may feel the urge to tell him he is a sick evil bastard. Resist this impulse.

Instead, try to be a good listener. As with marriage, surviving a kidnapping is all about communication skills (and ransom).

Be on the lookout for warning signs. If your abductors suddenly take their masks off or stop feeding you, that’s a bad sign. As in any relationship, when you are kidnapped you need to learn to speak up for yourself. While you don’t want to draw unnecessary attention, don’t be afraid to ask for an extra blanket or the occasional leftover cheese rind. It always helps to humanize yourself in the eyes of your abductors: it makes it marginally harder for them to kill you.

So be like an adorable pig on a family farm. Make eye contact and oinking noises (but kidnappers generally don’t like sarcasm, so watch your tone.) Don’t patronize—really genuinely try to understand where they’re coming from as they bind your wrists to a boiler with zip ties. You may get nervous and start to chatter but try to shut up and just listen for once.

Bonus: This will also help you get along better with your wife (should you both survive).

Act humble, don’t take too much personal credit. Thank Seal TEAM 6, and your wife for sticking by you. Also, if your rescue included the annihilation of your captors, don’t gloat. No one likes a sore winner.

A kidnapping can put a serious crimp in your honeymoon, but, if handled correctly, it doesn’t have to ruin your marriage.