Costa Rica is the size of West Virginia. While the honeymoon-friendly country in Central America is divided into seven distinct districts, most honeymooning couples make their base in one of four tourist-friendly regions. These regions are diverse (one can be known for beaches while another can be known for hot springs), so check out our guide to determine which is right for you.

Getting around Costa Rica is relatively easy. Honeymooners will find car rental companies at both Liberia International Airport and Juan Santamaria International Airport. The drive from the northern coast (bordering Nicaragua) to the southern tip of Santa Teresa is roughly five hours. Renting a car is not necessary, as there are plenty of shuttles, taxis and Ubers to take you where you want to go. You can also hire a private driver if you really want to live large.

Or you could just fly. Nature Air serves 15 destinations within Costa Rica, and SANSA Air serves 12. Both offer daily flights by puddle jumper, and most flights are half an hour or less.

Tips on renting a car. If you rent a car, be sure to use a credit card that offers rental insurance. The insurance offered by the rental companies in Costa Rica can be pretty steep, often costing as much as the rental itself.

Most roads are paved, but you will definitely hit a few long stretches of dirt, so expect some bumps. Think about renting a 4×4 if you plan on going off the beaten path.

In high season, rental companies are known to sell out of cars completely, so definitely book in advance. Always get an estimated total (including fees and taxes) when you make your reservation.

Costa Rica is pretty safe. Costa Rica consistently ranks high on the Happy Planet Index, and you will immediately feel the good vibes from the locals. While the country is generally safe, you should exercise the usual common-sense precautions when going out in public. 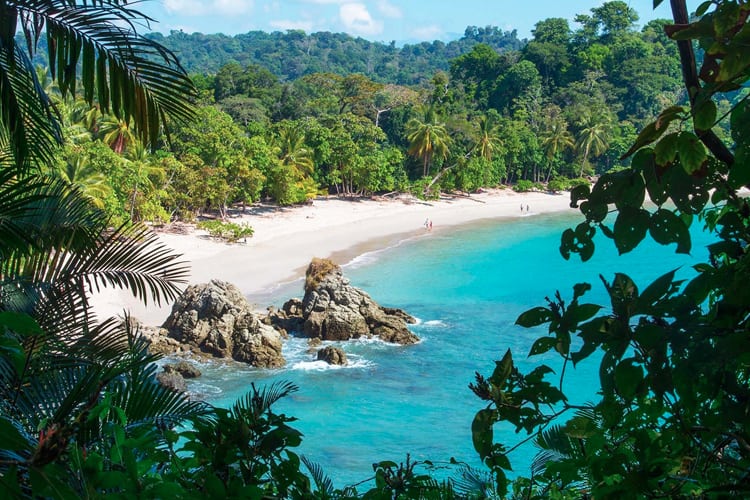 Costa Rica’s optimal weather is during the dry season, from December to April. There is no bad time to go to Costa Rica. Due to its tropical location, it’s a good 74-79F year round, though this will obviously fluctuate from region to region. While the dry season has the best weather, it also is peak tourist season, so expect higher hotel rates. Low season (August to October) has the most rain, but also the best surfing conditions and the lowest hotel rates.

Costa Rica is one of the most eco-friendly countries in the world. Costa Rica values sustainability and low carbon footprints. 95 percent of its energy comes from local renewable resources and 30 percent of the country is designated as a national park or reserve. For this reason, you will not only find most restaurants serve organic food but most hotels and resorts abide by environmental practices to keep the country “green.”

Tourism is the main industry, and Costa Ricans are proud to show off their country. An average two million travelers visit Costa Rica every year.

Given Costa Rica’s reputation as a honeymoon destination, couples can find plenty of packages from travel operators like Cheap Caribbean and even airlines, like Delta These options are best for couples looking for one package that includes airfare hotels, meals and pre-planned activities.

When booking a resort, it’s a good idea to browse their honeymoon packages. Some, like those offered by Arenal Del Mar, include unique activities and work out to be great deals.

Cost of a Costa Rica honeymoon:

Costa Rica offers plenty of opportunity for free activities (hiking, beaches), so the most you’ll spend is on your lodging.  Hotel rates average $350 for a basic room.

Some popular activities will cost you, of course. Ziplining can average $70 per person, and the hot springs an upward of $40 for a day pass. But generally you can spend as little as $200 per day per couple on food and booze.

Direct, round-trip flights can be as low as $325, depending on the season. 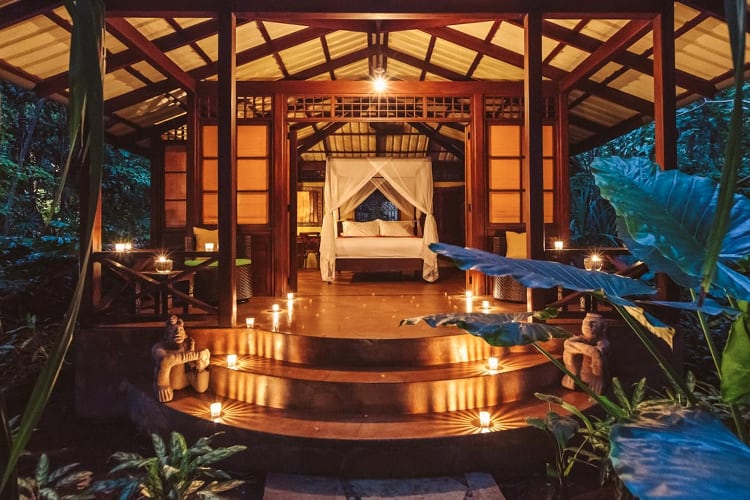 Hotels and resorts are scattered throughout the country, though most can be found in four main regions. These are:

Arenal centers around Arenal volcano, known primarily for an abundance of natural, thermal hot springs as well as intimate, boutique resorts like Nayara. A good majority of the resorts here have their own hot springs facilities.

Puntarenas, on the southern tip of the country, is home to sleepy beach towns like Santa Teresa, national parks and at least ten beach towns known for surfing.

Central Valley is home to San Jose, the capital city, where you’ll find all the comforts of modern life, including restaurants, galleries, parks and a solid nightlife scene. 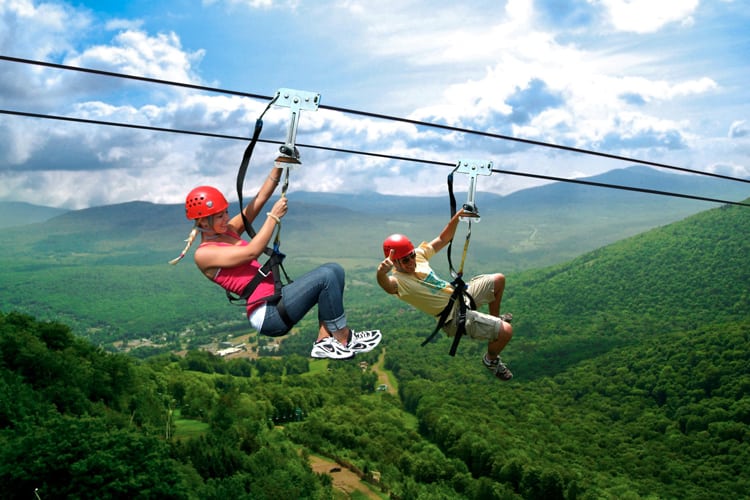 Thanks to its rich ecosystem, Costa Rica enjoys a reputation for beautiful and varied natural attractions, including hot springs, rain forests, national parks and pristine beaches, making it great for nature-loving newlyweds.

Thirty percent of the country is national park or reserve. All resorts generally line the beach or are tucked away within the rainforest. In Costa Rica Here, you have the soundtrack of nature, unspoiled scenery and wildlife sightings almost anywhere you go.

All this means there is no shortage of romantic honeymoon activities. In fact, you might find yourself trying to cram in dozens of options in one visit.

Costa Rica thrives with organic farms and gardens, so most of the dishes you eat will be eating are organic, all natural and extraordinarily fresh. Throw in some Latin flavors and Costa Rican staples and you’re being treated to an amazing culinary experience.

In Costa Rica, there’s everything from family-run institutions with generations of recipes/dishes to notable chef-helmed restaurants at high-end resorts. These are the best restaurants to consider when planning your honeymoon.

Thanks to sprawling, golden beaches, perfect year-round weather, five-star resorts, natural attractions and rainforests chockful of wildlife, Costa Rica is a famous honeymoon destination. It’s also easy on the wallet with a ton of budget-friendly activities (thankfully, there are also places you can splurge for high-end experiences).

Costa Rica is tropical, exotic and laid-back, and it’s considered one of the happiest countries in the world. Thanks to daily, region-to-region flights and a relatively compact setting, it’s easy to get around.

While the main language is Spanish, English is a close second, and is widely spoken.

Costa Rica is one of the greenest places on Earth, so expect to see nature in a way you’ve never experienced. From untamed, beautiful beaches to dense rain forests, soaring volcanoes to small villages, and even a thriving metropolis, Costa Rica is a perfect all-in-one destination for honeymooners.