Skip the Caribbean: Try One of These Honeymoon Island Paradises Instead

So you went to the British Virgin Islands for your honeymoon…you and 12,000 other couples that week. That’s cool; the BVIs are amazing! And you can also go there pretty much any time in your adult lives. For your honeymoon–the one vacation you will ever take as a newly-minted Mr. and Mrs., the one vacation friends and family will actually be patient enough to smile and nod through all 1,749 pictures you took–pick somewhere you never thought you would go and might not ever get to again. The best part is, it doesn’t even have to be expensive. 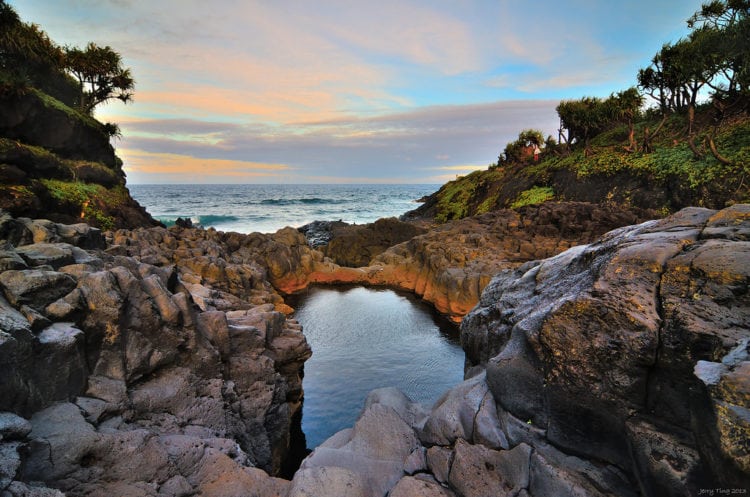 Hey, Hawaii is one of the top wedding, honeymoon, beach, and island destinations in the world for a reason, and Maui is tops. Hike to the top of the world’s largest dormant volcano or through the bamboo forest down to Waimoku Falls and the Seven Sacred Pools of ‘O’he’o Gulch at Haleakala National Park, do some serious surfing at Hookipa Beach, be a beach bum on the famous Kaanapali Beach, or drive one of the most scenic roadways in America along the Road to Hana. 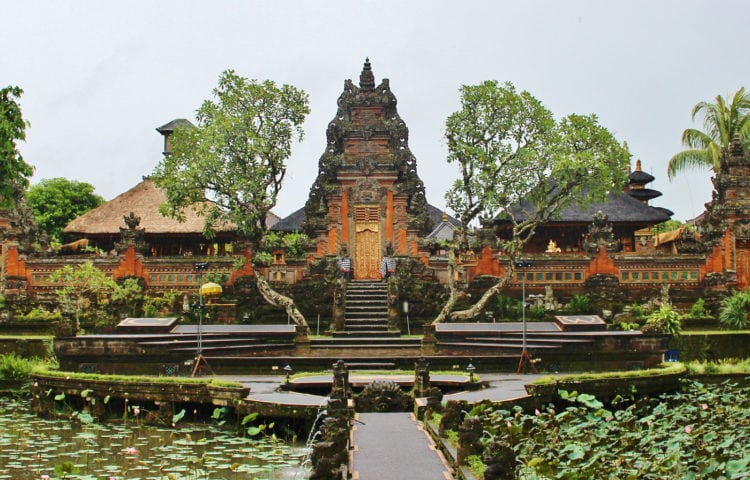 Ancient Hindu stone temples and thatched-roof bungalows dot the idyllic landscape in Bali, a serene tropical escape known for its yoga and meditation retreats. As much a rich cultural destination as it is a lush jungle full of colorful–and playful–wildlife, Bali is an ideal retreat for your mind, body, and soul. Relax on one of the white sand beaches or make the trek up to Gunung Agung, Bali’s sacred mountain and home to the mother of all Hindu temples, Pura Besakih. 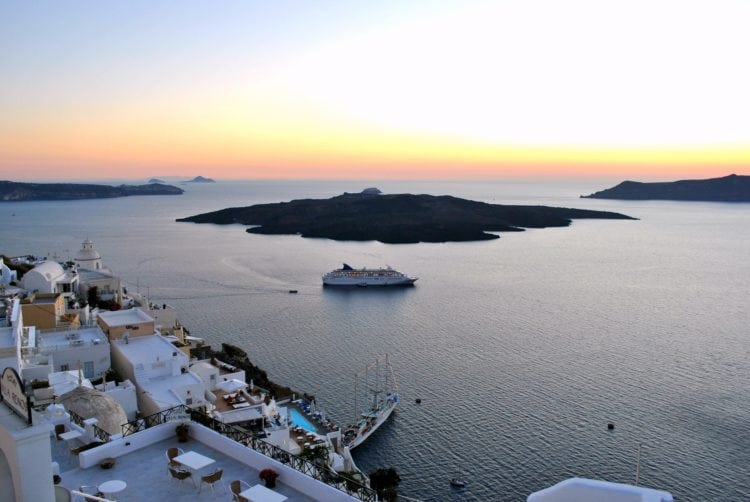 There is no time like the present to visit Greece, where the American dollar goes so far it’s practically time-traveling back to the 1970s, and there is (arguably) no island in Greece more picturesque and romantic than Santorini, an island born from the ashes of a violent volcanic eruption several centuries ago. Surrounded by the sapphire waters of the Aegean Sea and beaches of black sand, Santortini boasts a unique ecology and climate, which lends itself to exceptional cuisine made of the island’s prized indigenous produce and a small but flourishing wine industry. White-washed churches with rounded blue domes the same color as the sea and sky cling to the cliffs. Candy-colored cubiform houses are the things postcards are made of, and the island has a well-earned reputation for some of the most beautiful sunsets in the world. 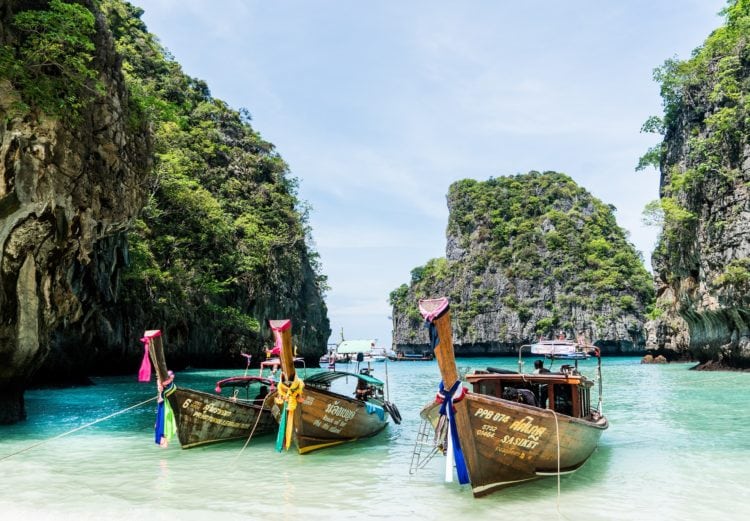 Phuket is eight parts fantasy and two parts “this can’t actually be real.” A favored destination for international travelers from all backgrounds–from honeymooners such as yourselves to young backpackers to time-hardened travelers who have seen everything and are still enchanted by Phuket. The lengthy flight isn’t cheap, but thankfully everything else about Thailand is, which makes this one of your most exotic and affordable options. The mountainous, rain-forested island offers endless opportunities for outdoor exploration, though no one will blame you if you just want to wade in one of the crystalline lagoons or soak in the Technicolor sunset from your private water villa. When you’re ready to experience the island’s city life, the capital of Phuket City is full of busy markets and shops, while the main resort town of Patong will satisfy all of your nightlife needs. 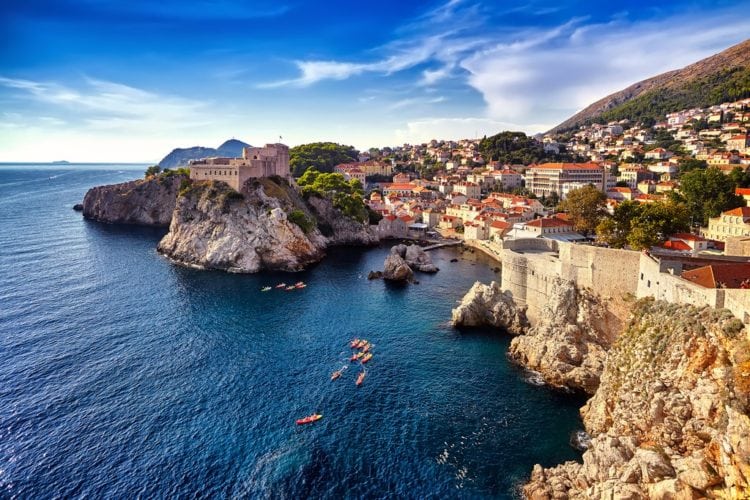 The secret is out on the Dalmatian Islands (you can blame Game of Thrones): hailed as “the next Riviera,” the Dalmatian Islands boast some of the most dramatic coastlines of anywhere in Europe, and haven’t quite yet hit maximum tourist saturation the way Europe’s top seaside destinations have, which means they are also still very affordable. Imposing stone Medieval castles and cathedrals meet clusters of centuries-old buildings with orange-tiled crowded onto cliff sides overlooking the vibrant blue of the Adriatic Sea. If you want to be surrounded by natural beauty as much by ancient architecture and a post-war hodgepodge of European culture, look no further than Dubrovnik, Split, or Hvar. 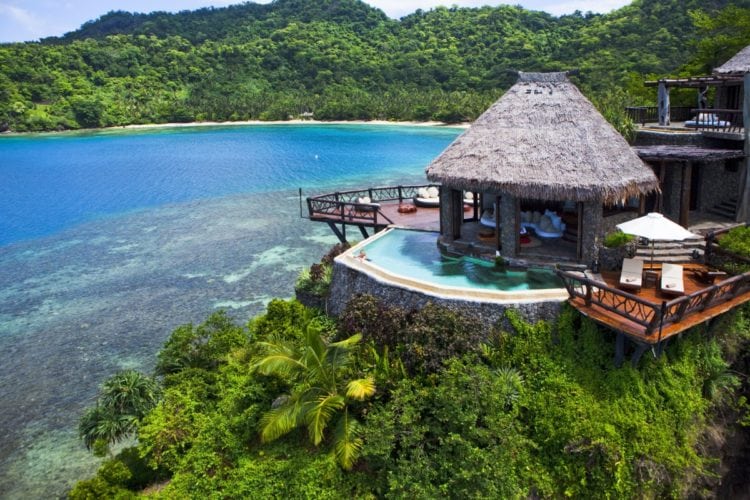 To get to Qamea, you’ll need to fly into Nadi Airport on Viti Levu, and then take an 80-minute flight over azure waters and coral reefs to Taveuni. Book your stay at the Qamea Resort and Spa, and a representative from the resort will meet you at the airport and shuttle you the 20-minute ride to the resort. The resort itself is only accessible by boat, which will then whisk you off to your almost-private tropical paradise. From there you can either stay on the property and enjoy the all-inclusive activities like guided snorkeling and sea kayaking, or you can go off on an excursion to explore the jungle and go chasing waterfalls, or visit one of Fiji’s famous nature reserves. 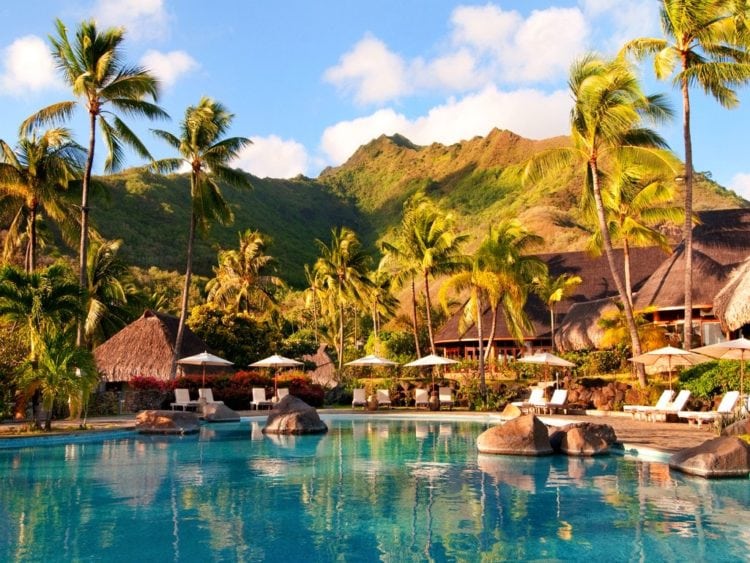 When you hear people talk about anywhere in French Polynesia, most likely they’re talking about Bora Bora or Tahiti, and there is absolutely nothing wrong with that at all. However, if you really want to spend a week or so in a secluded paradise, Mo’orea is the ticket. Located just northwest of Tahiti in the Windward Islands (part of the Society Islands) Mo’orea is one of the most scenically stunning islands in French Polynesia —and that’s a VERY high bar. With jagged volcanic mountains and a translucent turquoise lagoon surrounded by emerald green cliffs, Mo’orea offers the most opportunities for outdoor activities out of the French Polynesian honeymoon trifecta (which also includes Tahiti and Bora Bora), and has the added advantage of being shaped like heart from an aerial view, which is kind of too perfect for words. And since you have to take a ferry or plane from Tahiti anyway and Bora Bora isn’t far either, you might as well hit the whole trifecta while you’re there. 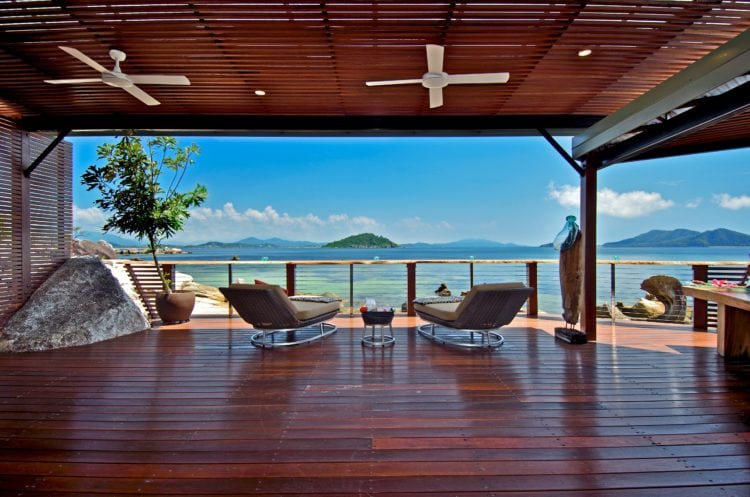 Bedarra Island is located on the Great Barrier Reef, the largest living thing on earth. This massive ecosystem is comprised of thousands of coral reefs, hundreds of islands, and home to countless species of fish, dolphins, sharks, stingrays, sea turtles, and other aquatic creatures of all colors, sizes, and shapes. It’s so huge it can be seen from outer space but, sadly, this natural wonder is falling victim to climate change, and scientists warn that the Great Barrier Reef is dying. Visit this World Heritage site while you can to swim, snorkel, dive, and sail in one of the most beautiful places in the world on one of its most beautiful, and exclusive, islands. Bedarra Island is only accessible by private launch from Dunk Island, the ultimate tropical paradise hideaway where there are more beaches than guests. There are three choices for lodging here, but we recommend the East Bedarra Island Retreat, which only allows one couple staying at a time. 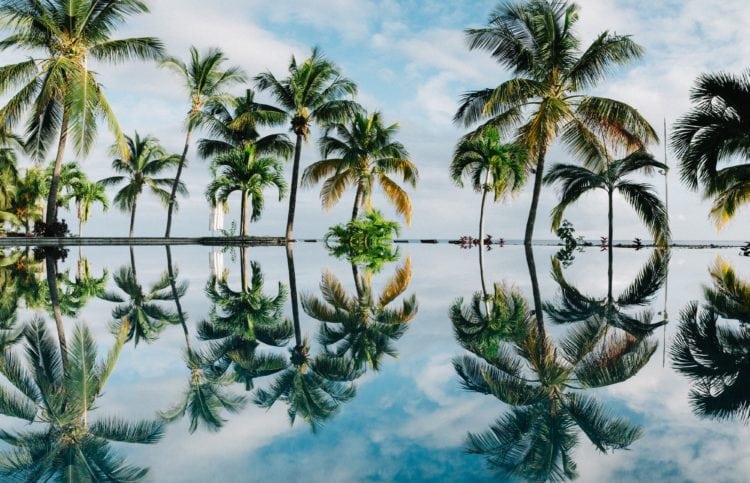 The Republic of Mauritius is an island nation in the Indian Ocean about 1,200 miles off the southeastern coast of Africa. A former territory of the United Kingdom, the nation is now multiethnic, multilingual, multi-religious, and multicultural. A true melting pot that values its multiculturalism and independence, Mauritius is known for its political and economic freedom. It’s also one of the wealthiest destinations in the African continent, with a modern capital city (Port Louis) and a bustling port, along with lush resort areas. Humans aren’t the only species of vast variance on the island—it’s also known for its diversity of wildlife and flora, and is the only known home of the otherwise-extinct dodo bird. Explore hiking trails through the rainforest in the Black River Gorges National Park; go on a safari and spot lions, giraffes, and giant tortoises at Casela Nature Park; or spend a day in Port Louis and bet on the ponies at the Champs de Mars horse track. With all of its infinite beauty and richness of wildlife, it’s no wonder Mark Twain once returned from there quoting an islander with the statement, “Mauritius was made first and then heaven, heaven being copied after Mauritius.”