BBQ is the ultimate high-risk, high-reward cuisine in the oeuvre of wedding hors-d’oeuvres.

Those three letters alone can easily excite eaters at the mere prospect of slow-cooked meats slathered in sticky sauces. But as you well know, there’s a pretty good chance that you’ll be wearing some of that sauce on your face (or your fancy wedding attire). It’s a messy food, and usually found near the top of the do-not-invite list when it comes to wedding apps. But, it’s BBQ. People love it and it’s guaranteed to be a favorite among your guests (or at least those who don’t sully themselves with it). Just don’t forget to send a waiter around with a tray of wet-naps. 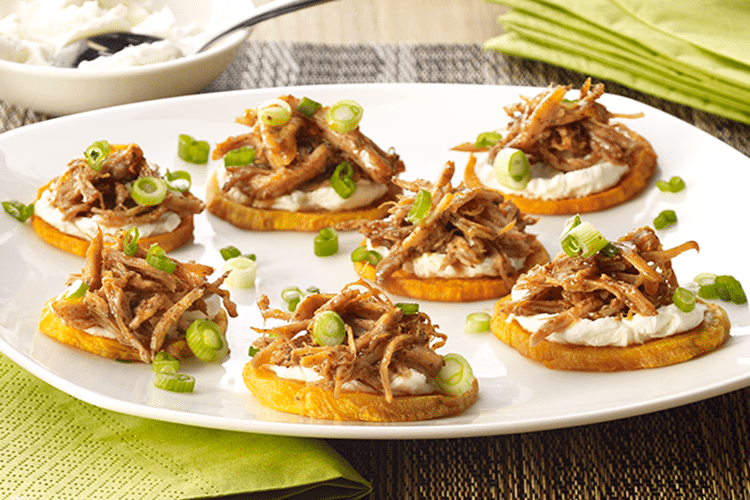 These sweet potato, goat cheese, and shredded pork sliders are topped with green onions for the ultimate mix of sweet and savory. For the sake of cleanliness, they’re probably best wolfed down in one bite (just remember to chew). 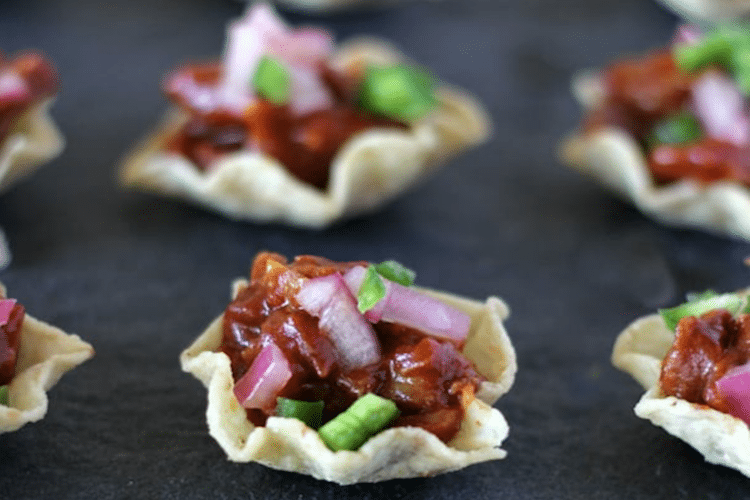 BBQ ground beef, red onions, and spicy jalapeños make for the unrivaled bite sized hors d’oeuvre. But what really makes these special is the fact that they’re in the quintessential hors-d’oeuvre form, the Tostito Scoop. 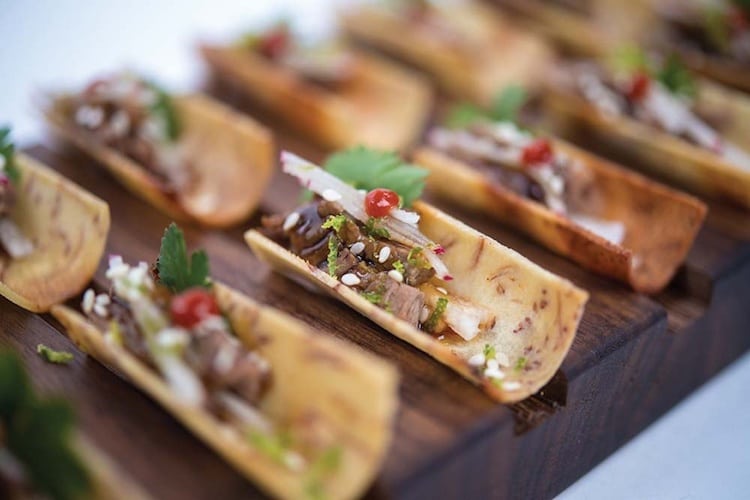 These Korean spiced short ribs in a taco shell are trying really hard to convince you that they’re more sophisticated than the Tostito Scoop chip. Let them think that, they’ll be delicious just the same. 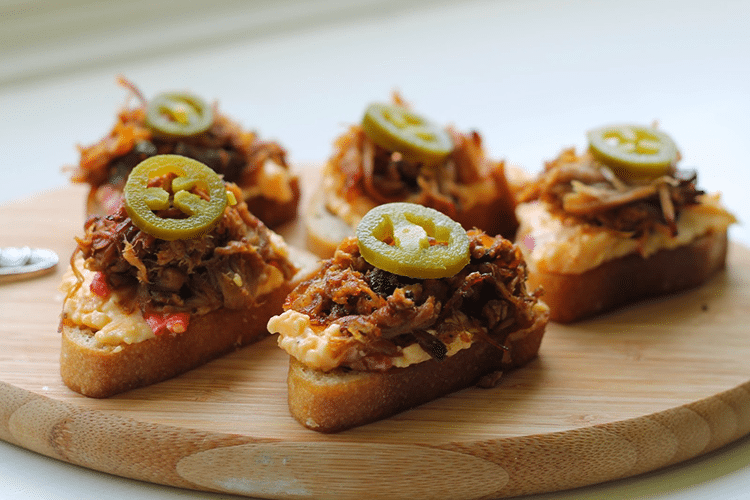 Pulled pork meets pimento cheese on crostini for the unbeatable combination of meat, cheese and bread. Pickled jalapeños top it off for just the right kick that can easily be watered down at the open bar. 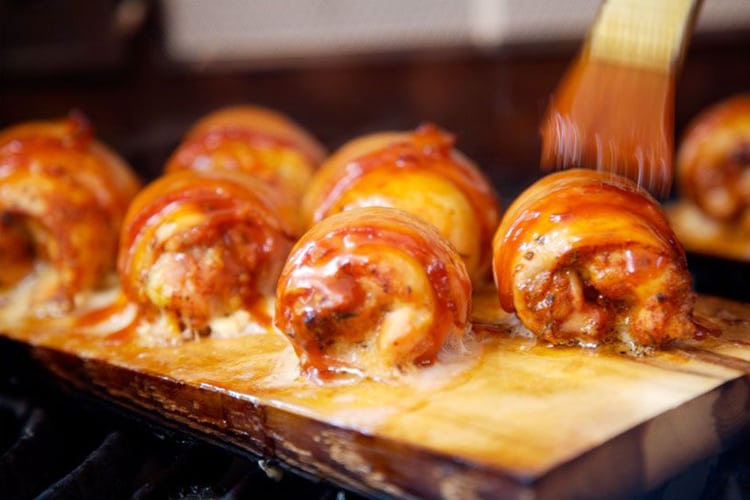 This is a chunk of chicken that’s been wrapped in bacon and smothered within an inch of its oh so tasty life in BBQ sauce. Plus it’s on a stick making it both fancy and portable. 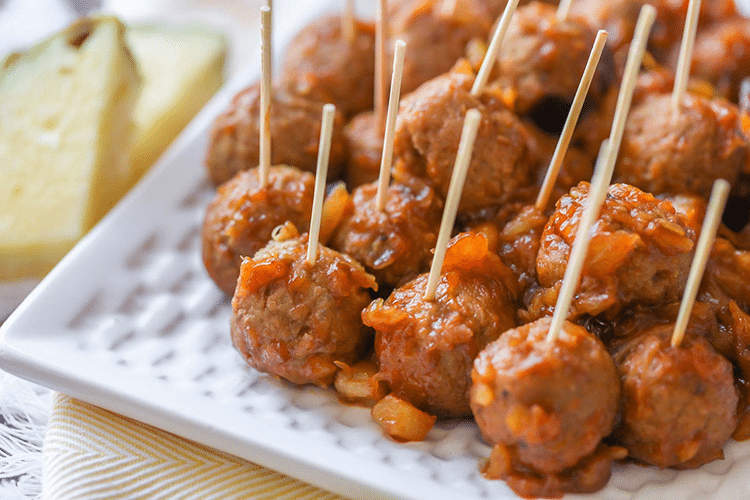 These BBQ glazed meatballs are easy to grab on the way to the dance floor (although we don’t recommend busting any moves with a fork in hand (or mouth).

The Wedding Booze Bible: Everything You Need to Know

Taking a break from tasting cognac, Tyler sobered up to answer our many, many questions on wine, alcohol, and wedding-booze protocol.

The Food and Drink You Need At Your Wedding

These celebrations have one very important thing in common: they all require food and drinks.

6 Ways To Cut Costs Before Cutting the Cake

Because nothing is as delicious as saving money...

Creative Catering for Your Wedding

If there's one element of your wedding that your guests will remember it's the food. Along with the location, décor style and music, the catering will define the event. Cuisine gives you the opportunity to really show off your creativity; and if successful, will leave an ever-lasting impression on your guests.

Remember how fun breakfast for dinner was as a kid? Imagine this same effect, but at your wedding.