Most guys plan the proposal up to the point where she says “Yes.” That’s understandable, but it’s a mistake. You need to have a plan in place for after she agrees to marry you, or that awesome moment will lose some of its magic.

If your relationship is the NFL, the proposal is the Superbowl–and, like the Superbowl, the end of the game is followed by a lot of celebrating. Your girlfriend (sorry: fiancée) will spend a lot of time extending her arm and admiring the ring on her finger. You’re basically in the phase where the confetti is flying through the air, everybody’s hugging on the field and the crowd is going nuts.

So that covers the first several minutes after the proposal. Now what? Oddly enough, the incredible high of a marriage proposal can easily segue from the most exuberant moment of your life to one that feels almost awkward. Obviously, you want to avoid that, and one good way to do that is to follow the usual post-Game routine. 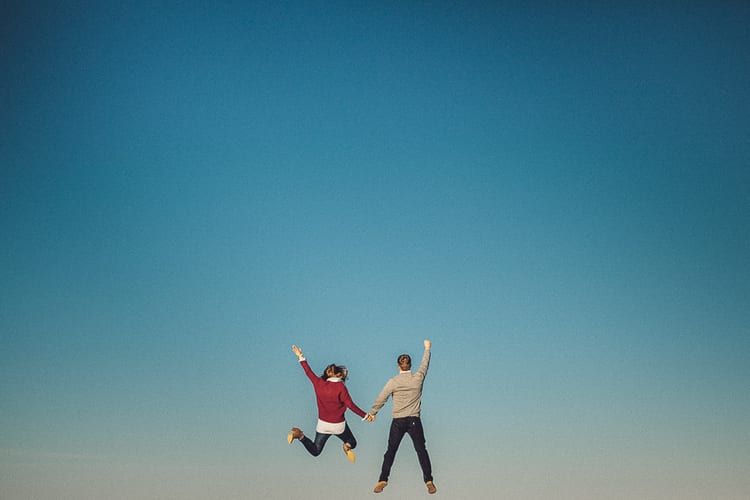 Step 1: Shout out Your Loved Ones

What’s the first thing players do in post-game interviews? Shout out their family and friends. You should do the same. This is a really big deal and the people who are closest to you deserve to know about it, so get on the phone—no texting or Facebook posts. Your parents, her parents, your siblings, her siblings, and all your best friends are going to need to hear your actual voice.

She’s definitely going to want to talk about it, a lot, so cool your jets. You’ve just passed your girlfriend a perfect spiral of a proposal and she’s currently spiking it into the end zone of telling all her friends. Play a game on your phone while she calls her mom.

Of course, the world needs to know about this at some point. Try to capture a selfie of the two of you (and the ring) as soon as seems appropriate, without ruining the moment. Don’t work too hard on getting the perfect shot, just one that captures the real emotion you’re feeling. When you’re ready, post it to Instagram or Facebook or Snapchat (or even LinkedIn, if that’s your thing.)

Step 3: Celebrate with the Team

A bottle of champagne after a big win is a classic celebration. Obviously, if you’re in a bar or restaurant this is easy, but if your plan is to propose at home, maybe have a bottle of bubbly stashed somewhere.

Of course, if you and your fiancée aren’t drinkers, you can substitute whatever intoxicant, sweet, or gluten-free vegan smoothie concoction you both deem sufficiently celebratory.

Step 4: Celebrate with Your Fans 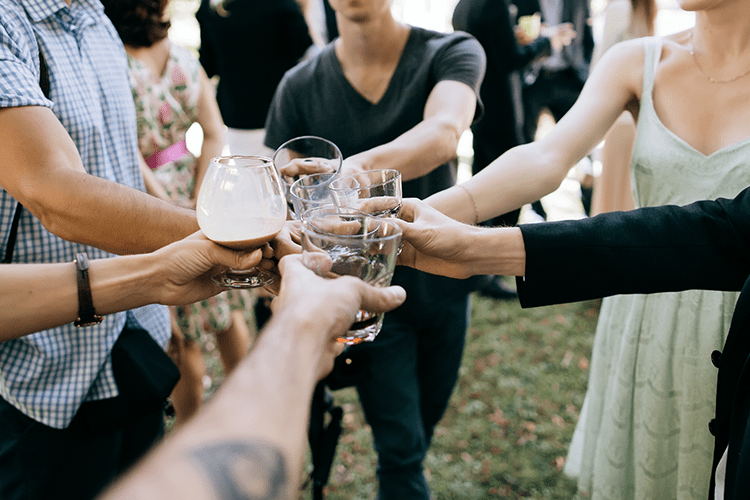 In proposals as in sports, the greatest post-success plan is a party. Arrange for your friends and/or family to be ready and waiting at a nearby bar or someone’s home.

You don’t have to tell everyone why you’re bringing the gang together either. Enlist your soon-to-be best man to help pull this together and have a fake reason. This way, you’ll get to see the look on everyone’s faces when you tell them the news. She’ll appreciate being surrounded by her friends and family, and you’ll be sore from all the pats on the back you’re going to get.

On the other hand, she may be more excited to spend the rest of the night admiring her new ring than making the nice-nice with you. Or maybe you won’t be up to the task. Pulling off this first step of the plunge can leave any guy feeling spent. Don’t start questioning your virility, lover man: you’re still an MVP between the sheets. But even the greatest players need to take a break between game days.

This is a big moment for you and your soon-to-be wife, but it’s also big for your friends and family. Do a post-goal celebration, dance in the end zone, high-five the fans. You deserve it.