Armando in New York for Flytographer

Popping the question is nerve-wracking, but there are easy ways to combat pre-proposal nerves.

It’s your big moment, so it makes sense that you’re a wreck. (In fact, if you’re not nervous about this, something might be wrong with you. Have you taken that quiz to see if you are a sociopath?) Anxiety and jitters are to be expected.

What you need to do is project the ease and confidence of a heavy-weight champion, someone who can go into the ring, get the job done, and still come off as charming and sincere. Someone like Muhammad Ali or Sugar Ray Leonard. 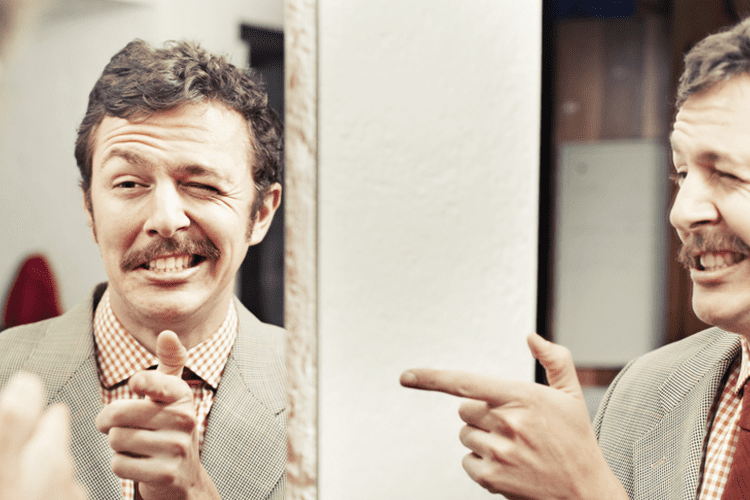 Remember that boxer who used to say this before the fight: “Well, I’m going to go in there and do my best, and with a little luck, I hope I come out on top.”

Of course you don’t, because that boxer never existed. Ask any serious pugilist to predict the fight, and they will go to great lengths telling you how they are going to destroy their opponent.

Imagine the proposal happening exactly as you hope it will. Make the best-case scenario happen in your mind. Apparently this New Age-y visualization method works for famous people like Michael Jordan, Jim Carrey and others. We don’t need scientific proof: If something gets a celebrity endorsement, then we’re all-in. 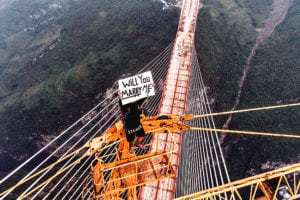 We’re not talking about morning runs, sparring, and sessions at the heavy bag (though you probably should be doing that as well). We’re talking about rehearsing. Read through what you’re going to say. At least three times. Out loud. Stand in front of a mirror, gaze deeply into your own eyes, and say the words. Embarrass yourself.

If you can’t get through it without corpsing (that’s when actors burst into nervous laughter during a take), or if she’s hanging around the house and you don’t want her to hear you, drive somewhere remote and run through your proposal. The car is a wonderfully secret place. No one will see. (And if they do, they’ll think you’re just reenacting that old Volkswagen ad with “Mr. Roboto”).

Get the Right Stance

Stance is all-important for a boxer, but it can help you, too. A surprising way to shake off your nervousness is to strike a power pose. (If you’re one of the 40 million people who’ve watched Amy Cuddy’s TED talk, you know what that means.)

Basically, stand or sit in a way that tricks your brain into feeling confident and powerful. Put your arms akimbo and spread your feet apart, like Superman. Or lean back in your chair, fold your hands behind your head and kick your feet up on the desk, like a CEO who just bought out his biggest rival.

Spend a few seconds in one of these “high-power nonverbal displays.” Will you feel ridiculous? Maybe. But you might also feel like a goddamn Master of the Universe. According to Cuddy, these poses cause neuroendocrine changes that raise testosterone and lower cortisol. This makes you feel more tolerant of risk, and thus more prepared to take the plunge.

Stay off the Sauce

When proposing, don’t be intoxicated by anything other than your girlfriend’s eyes.

We’re going to assume you already have enough sense not to get sloppy wasted or Seth Rogen-level stoned before proposing. We’re not talking about that. We’re talking about the old-fashioned, manly habit of taking one stiff drink to fortify yourself.

You need to approach this task drug and alcohol free.  This is a moment that demands peak performance. Save the intoxicants for after she says yes.

Of course, if your proposal is to take place at a restaurant, or with a champagne toast at home, this no-stimulants thing will be harder to do. But you’re an adult. You’ll think of something. (Surprisingly, coffee is a bad idea as well. Don’t offset the proposal jitters with caffeine jitters. Nobody wants a jumpy groom.)

Roll with the Punches

This is the hardest one, but if you can achieve it, your anxiety will disappear. Recognize the possibility that things will go wrong. Enjoy that prospect. Nothing is perfect, and the imperfections are what make life interesting.

Maybe you’ll drop the ring as you present it to her, maybe she’ll pass out before she says yes. That’s fine. It will give you a good story to tell your grandkids.

Stand up straight, rehearse your lines, imagine things going well and don’t freak out if they go badly. When it comes to this proposing game, you are the undisputed heavyweight champion of the world.