San Francisco is perfectly equipped for anything your weekend of debauchery may call for all without the blistering heat of Los Angeles. While museum trips on bachelor parties are usually just there to lull people to sleep, touring places like Alcatraz Prison is the perfect way to take a down beat from one of the city’s bar crawls. After a couple rounds at the bar, networks of cable cars are ready to usher you all around when walking becomes—err—more difficult. From seals barking on the wharf docks to twisting around Lombard Street in the rental car, every corner of San Francisco has something interesting to offer. If you’re looking for hot temps, look elsewhere. With the weather at a consistently brisk temperature, you’ll always have additional jacket pockets to tuck a flask into.

1 p.m. Check in at The Ritz Carlton

After arriving at San Francisco International Airport, take an Uber to AAA-Five Diamond Ritz Carlton San Francisco, which recently completed a massive renovation. Suites are huge by San Fran standards! The historic cable car stops right out front and there’s a complimentary house car that can drive you around (sweat deal!). This Ritz Carlton might be aimed more for the buttoned-up type, so you may need to dress up a little. 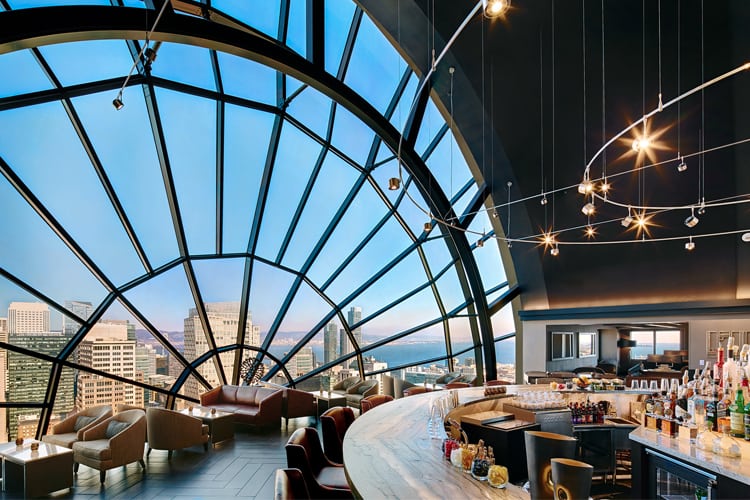 Take a quick stroll to Intercontinental Mark Hopkins, also in Nob Hill. The 19th-floor bar, Top of the Mark, sports mind-blowing, 360-degree views of San Francisco’s skyline, the bay, and the Golden Gate Bridge. There’s a live jazz band, a martini menu with over 100 options, light bites, and did we mention that great view? The only thing missing is fireworks, unless you happen to be in town for July 4th.

Create your own action-packed booze cruise by chartering a private yacht to sail the bay. It’s the best way to see the Golden Gate Bridge and the famed Alcatraz prison, but you’re on a boat during sunset. Plenty of companies offer kickass party packages at reasonable hourly rates. We recommend Odyssey, which is no stranger to bachelor parties.

Remember, the bachelor party dinner is the most important meal. Loads of perfectly seasoned meat makes House of Prime Rib a magnet to bachelor party groups. We’re talking the best chops in the city with corn-fed beef aged for 21 days. Expect juicy, tender, hearty cuts in a super old-school restaurant that’s been around since the ’40s. It’s an outstanding fine dining experience with amazing service and great ambience. 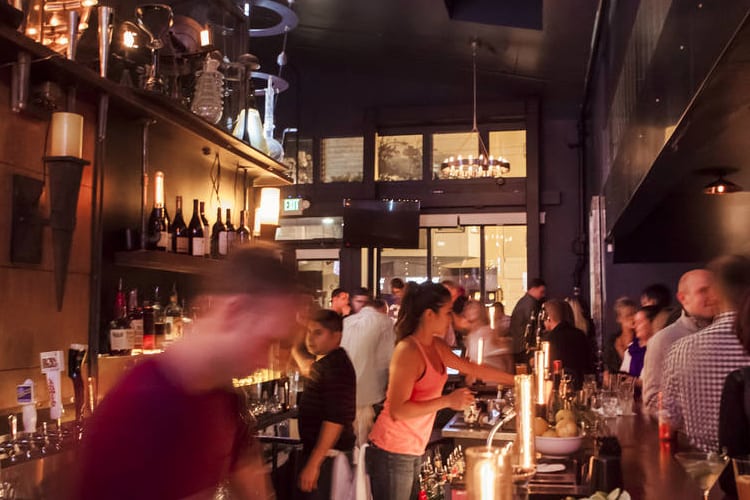 In San Francisco, there are three bar-heavy neighborhoods that you’ll want to check out. Start off in Cow Hollow/Union Street, a classically neighborhood-y neighborhood crawling with a number of cool, Cheers-like bars. At some point, stop in at Bar None, a sports bar that’s probably the sportiest sports bar you’ll ever go to. With beers on tap, beer pong, darts, pool tables, foosball you won’t regret the visit.

Polk Street is crammed with bars, and it gets flooded with joyous drunks on the weekends. Everyone here loves The Buccaneer, a pirate-themed sports bar with pool tables and pirate-themed decor, matey. It’s become such an institution that they sell The Buccaneer T-shirts, which is kind of funny since most dudes here are just wearing jerseys anyway. Channel your inner Jack Sparrow for some fun times at this party bar.

North Beach is the hood that locals don’t want tourists to know about. It’s relatively cheap for San Fran and has a bohemian vibe to it. Especially since the tech boom made the city so expensive, it makes sense for locals to keep it to themselves. But the cat’s out of the bag, and it doesn’t help that Comstock Saloon is one of the best neighborhood bars that everyone ends up at. It’s been around forever. We dig it because it’s an actual saloon with live jazz, craft cocktails, and a cool after-hours scene. 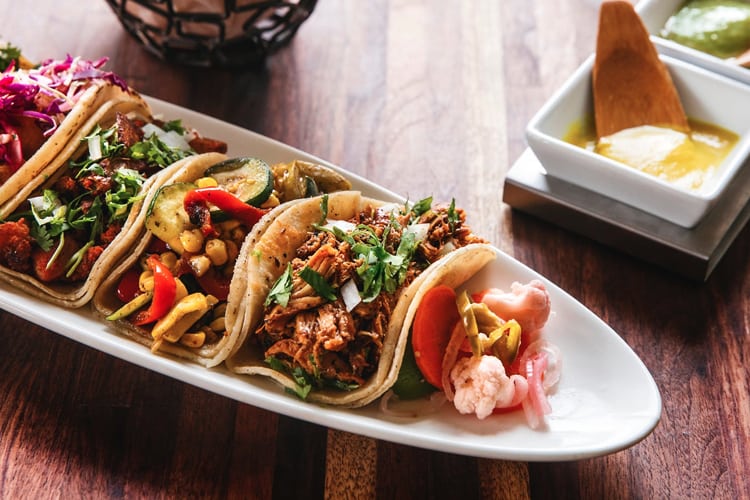 The Ritz Carlton’s beds are super comfy, so sleep in, then head to Tacolicious (there are three locations: Marina, North Beach and The Mission, though we recommend The Mission for ambience). The fact there are now three locations is a testament to the amazing tacos here. Try some of the best ones like Baja-style Pacific cod, traditional carnitas, and hanger steak.

With a solid five star rating on every review site, you can be sure SF on Tap knows their beer and has an amazing walking tour. There are four different tours to choose from, though we say go with Big Sippin’ In Soma, which takes you to three craft breweries and beer bars for about three and a half hours. You also get an amazing beer history lesson out of it that hopefully you will remember.

6 p.m. Walk Around the Mission and Dolores Park 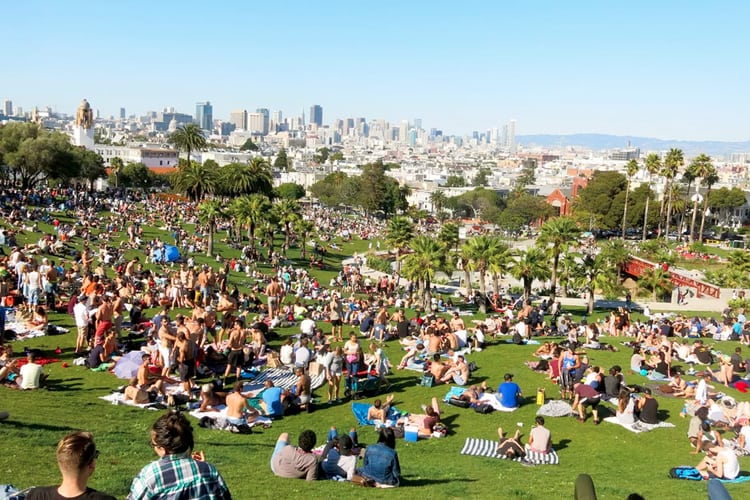 One of the most dramatic examples of gentrification in San Francisco, this neighborhood is now a solid mix of techies, young families, entrepreneurs and a mishmash of other tribes that make it a great spot for people watching and exploring. It’s also home to Dolores Park, one of the most famous parks in San Francisco. Chill out and take in the sunset with the San Francisco skyline as a backdrop. Lots of folks BYOB here but it is not legal (however law enforcement really looks the other way here).

You may know Hakkasan as a world-famous nightclub, but it started out as a chain of restaurants and some of them still exist, like the San Francisco location (to be clear, it is only a restaurant here, not a club, but it’s still lively). It’s also Michelin-starred, so you can expect incredible dim sum/Cantonese food in a pretty swank dining room. 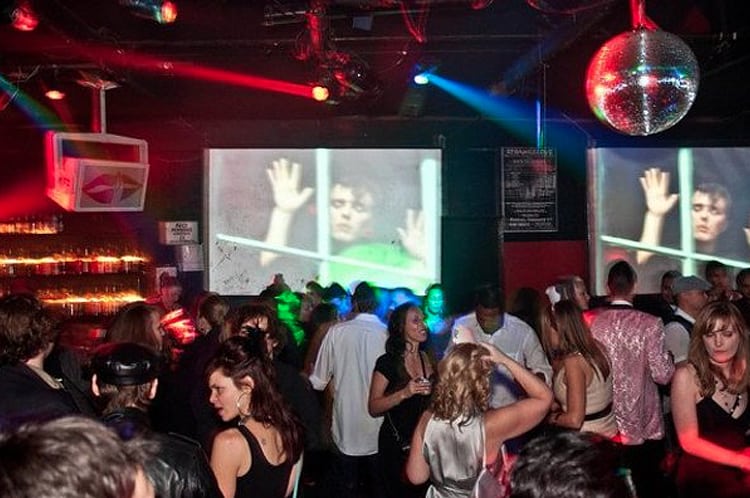 Possibly the wildest and most classically pre-tech boom San Francisco club is Cat Club. Even if you’re not known to bust a move, you’ll be hitting the two dance floors because the tunes are truly infectious here. Cat Club mostly cranks out top 40 hits or ’80s music, which is a nice break from all the “oontz-oontz” and EDM, and it has the most diverse crowd (suited up techies prowling for dates, bachelorette party groups, local college students with really good fake IDs). It’s a T-shirt and jeans sorta place, and it gets packed, so prepare for an epic night out without having to worry about your chinos.

A fixture in the Mission District, Foreign Cinema is part outdoor film screening venue, part trendy restaurant, and the weekend brunch is among the best in the city. Expect a good raw bar, and hearty, fancy dishes like champagne-truffle omelets and Dungeness crab frittata. The claim to fame is the Bloody Mary, garnished with fresh prawns and made to perfection. http://www.foreigncinema.com 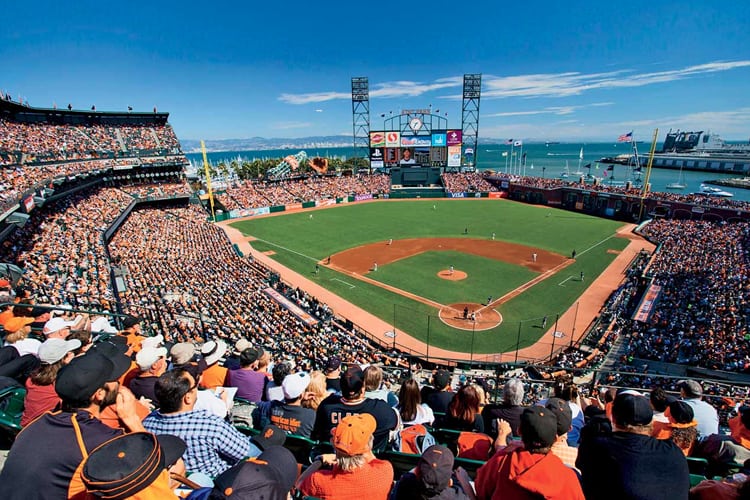 If you’re fortunate enough to be in town during baseball season (April through September), head to one of the most beautiful stadiums in all of MLB to catch a San Francisco Giants game. Located right on the waterfront, Sunday games at AT&T Park usually have a 1:PM start time. If you didn’t load up during brunch, the Park features some amazing restaurants like The Organic Coup (amazing fried chicken sandwiches) and CREAM for ice-cream sandwiches. Be warned though, beers are super expensive.

Burn off those sandwiches with a hike through The Presidio, formerly a military post/colonial Spanish fort, now a national park and a haven for outdoor enthusiasts. You can hike trails while exploring site-specific art installations and the famous Yoda statue (the Palace of Fine Arts is home to Star Wars filmmaker George Lucas’ office). If you’re a Disney fan, stop by the Disney Museum and if you need an excuse, you needed to pick up a souvenir for your nephew. 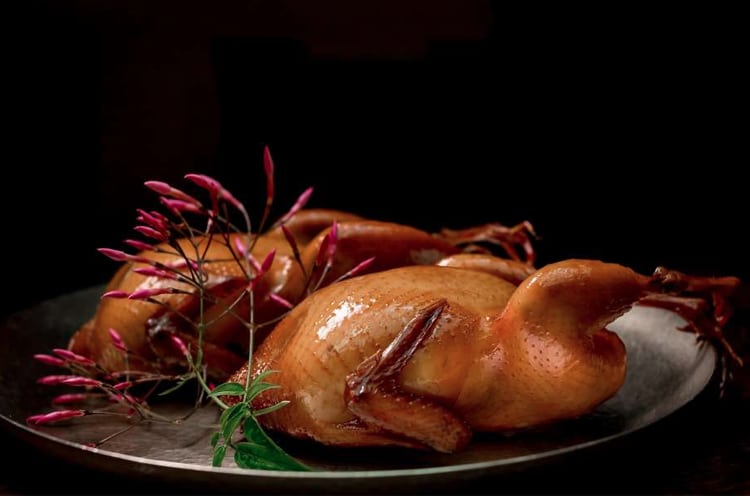 Dinner is going to be extra-special and refined, so dress accordingly. You’re going to Benu, helmed by multiple award-winner Corey Lee, former head chef of the world-famous French Laundry, so expect a decadent meal. The tasting menu is the way to go, and it includes imaginative small plates like fried river eels, barbecued quail, and a beef rib steak.

11 p.m. Drinks at The Treasury

While you’re still dressed to the nines, head to The Treasury in the Financial District for a pre-game drink. Inside a 1916 Beaux Arts space, it has a Mad Men meets “The Great Gatsby” vibe, and the craft cocktails are near perfect, like the Side Hustle (with Union Mezcal, caper, amontillado sherry, vanilla, seville orange, and bitters). 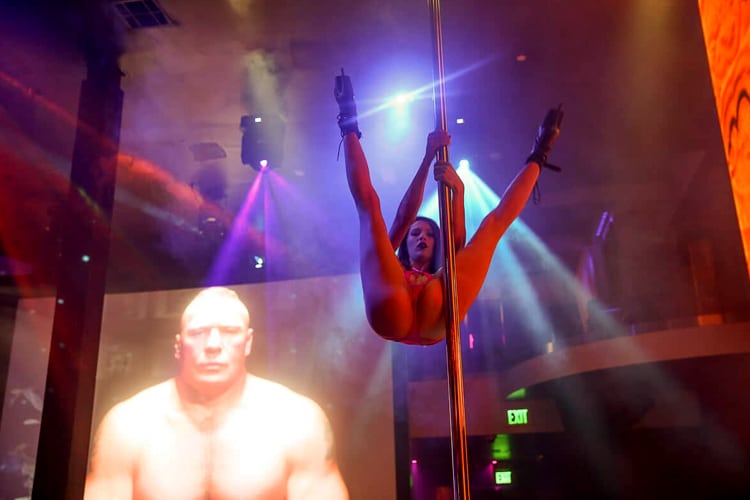 Every local guy will agree that The Gold Club is the finest gentlemen’s club in San Francisco (it was also awarded best Gentlemen’s Club the last two years in a row by SF Weekly). The Gold Club is host to events like UFC and Super Bowl parties. Of course, the main attraction is strippers, dozens and dozens of strippers who can do amazing things on a stripper pole. There’s an upstairs VIP level, and even a lunch buffet (swarming with tech heads) which is as good an excuse as any to return tomorrow before your flight.

The San Francisco International Airport is anywhere from 13-18 miles (depending on the route) from your hotel. Either way, you’re going to need to account for at least 30 minutes to get there. And now that your 72 hour bachelor party throwdown in SF is over, it’s time to return to reality. Speaking of which, if you and your crew need any further help in planning this bachelor party, we’ve got you covered.