Forget the TV images of total destruction you saw after Hurricane Maria hit the Enchanted Isle in September 2017: San Juan—Puerto Rico’s seaside capital—is back in swing. Phone service, wifi, and electricity—they’re all working. The hotels are packed, the city’s long line of beaches as pristine as ever. The people of Puerto Rico, however, still need some help and the best way to do that is to spend your money there. Sure, you could spend it elsewhere, but where else can you truly help out your countrymen while having an amazing time in such a beautiful locale?

Though America’s last colony can appear far on a map, it’s less than four hours on a direct flight from New York, and a quick hop from Florida. San Juan is famous for an illusion well-suited to a bachelor: Culturally it can feel like a foreign capital, but the comforts and currency are familiar, and best of all, you can leave the passport at home (no stamps for you). We’ve got your “Setenta y Dos Horas” (that’s 72 Hour) Guide to non-stop, tropical, good times on your bachelor party in Puerto Rico. -By Jonah Washburn 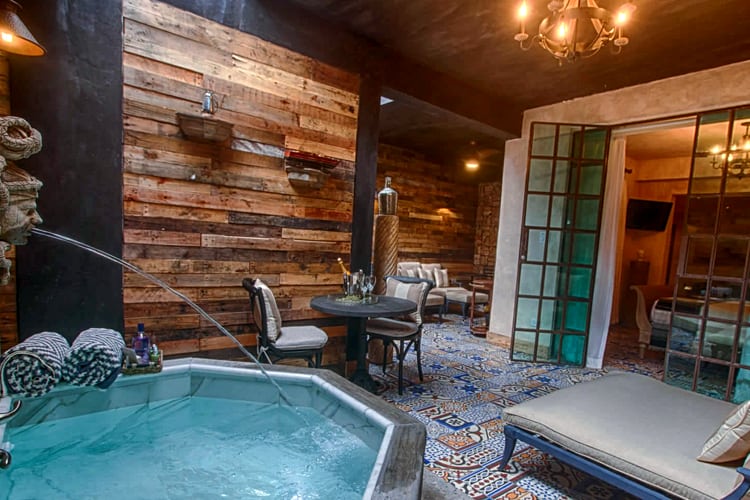 Welcome to la isla del encanto, but you won’t need a dictionary to get around San Juan, starting with an airport taxi to your ocean-view room at The Olive, one of the city’s slickest boutique hotels. After check-in, toast the groom by the Grecian fountain on the Grand Cru suite veranda overlooking the San Juan Bay. Recharge after the flight with a quick pre-brunch romp through the nearby surf.

Kick things off with some down-home Puerto Rican cuisine at nearby Orozco’s, one of the best local eateries in Candado, your restaurant-packed neighborhood. Get plates of locally caught fish and don’t forget the mofongo, a Puerto Rican staple made from mashed plantains. Wash it down with cold rounds of Medallas, the local beer that you’re going to want to import back home.

Catch a taxi (your Uber also works) and head to the cobblestone streets of Old San Juan. One of the oldest settlements in the New World, the neighborhood is one giant Historical Landmark, full of stunning sixteenth- to eighteenth-century architecture. Explore on your own or take a tour, but must-sees include the San Felipe Del Morro fortress, built to protect the island from pirates like Sir Francis Drake; the first house built in San Juan, whose owner, Ponce de Leon, never got to live there, because he left to find the fountain of youth in Florida and never returned; and the old the garrisons and other structures along the pathway on the bay. 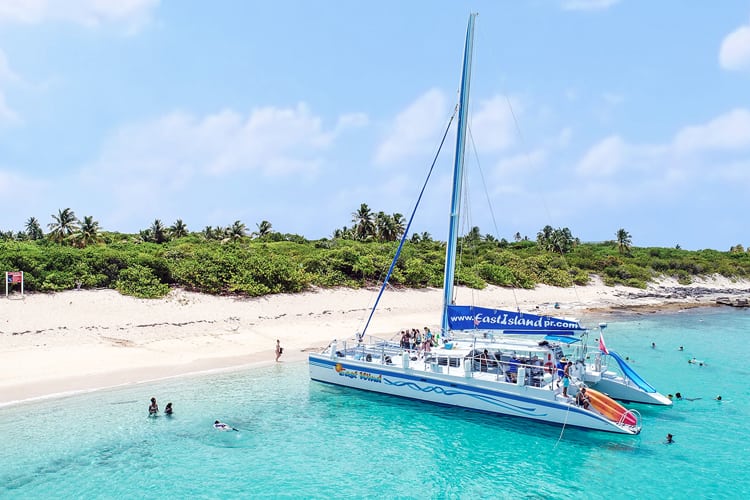 Check in at the old San Juan Cruise Port and board the “Amazing Grace,” a replica of a 17th century British vessel run by East Island Excursions. Go back 500 years in time while sipping rum cocktails, nibbling on ceviche, and taking in the incredible sunset from the waters beside the El Morro fortress. Those of sensitive hearing might want to bring ear plugs: In a nod to the Pirates of the Caribbean, the captain will blast the ship’s iron cannon in the direction of shore. (If by chance the bride snuck herself into the groom’s luggage, they can also get married on the boat.)

Getting off the boat, be sure to watch your step if you’ve had a few. It’s off to Barrachina, the most famous restaurant in Old San Juan, where the piña colada was invented. Against a backdrop of live Latin music and local art, dive into its signature plates of “plantain canoe” with chicken or pork. The paella here is also locally famous, as is the chicken caribeño. Reservations required.

After dinner, hit the bumping and magnificently housed bars of Old San Juan. Leaving Barrachina, just take a left onto Calle San Jose and follow the noise to the first stop. La Factoria has three rooms loaded with full bars, each stationing some of the best mixologists in town. The self-described speakeasy has peeling walls, and windows open to the crowded street outside. In the back room, top-flight DJ’s keep things moving, but don’t feel intimidated if you don’t know any salsa steps. It’s an international crowd.

Despite the name, The Cannon Club doesn’t require membership. It’s a completely unique and beautiful piano bar housed in an eighteenth-century mansion converted into an Inn catering to visiting classical musicians. The vibe is refined, mellow and ruin-chic, with a cinematic garden rooftop.

Net up is La Taverna del Lupudo, which draws a serious beer crowd with its welcoming open-air setting, 50 taps and list of 150 bottles from around the world, including local micro brews. Then finish up the evening at El Batey—San Juan’s best dive bar—whose owners take pride in being the last bastion of the gritty San Juan described by Hunter S. Thompson in The Rum Diary. This is a place to come and play pool, drink rum and $2 beers, and blast Zepellin on the 25-cent jukebox. Make sure to join the history of the place by scrawling your name on the graffiti covered walls.

Crawl out of bed around 11 a.m., walk down to the beach for a swim, and then head over to Niche Bistro for mimosas and the best brunch in Candado. Executive chef David Chaymoi oversees an eclectic menu served in a cave-like environment perfect for nursing a hangover and taking a break from the bright island sun. We highly recommend the Niche pancakes stuffed with almonds, chocolate chips, and bananas. 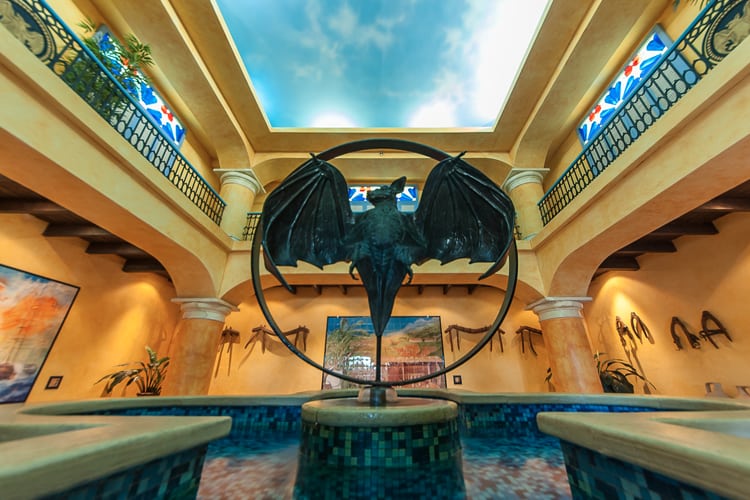 Take the Aqua Express boat to Casa Bacardi, the facility known as the “Cathedral of Rum”, where the distillery tour is followed by a 90-minute tasting session held on the grounds’ grand Pavillion. After learning how the famous rum is made and sampling vintages and rare stocks, you’ll get a paper certificate you can add to your resume and LinkedIn page.

6 p.m. Gambling at the Casino in Candado

After freshening up at the hotel and getting dressed up in your one nice shirt, hit the Casino del Mar on Ashford (housed in the La Concha resort) for a few hands of blackjack. Just make sure the groom doesn’t lose too much money, he still needs to pay for that whole wedding thing.

Toast the groom yet again over an outdoor table at Oceano’s, a trendy and ultra-modern beachfront restaurant with a Puerto Rican fusion menu that doesn’t miss. We recommend the ginger coconut shrimp. Again, reservations required. 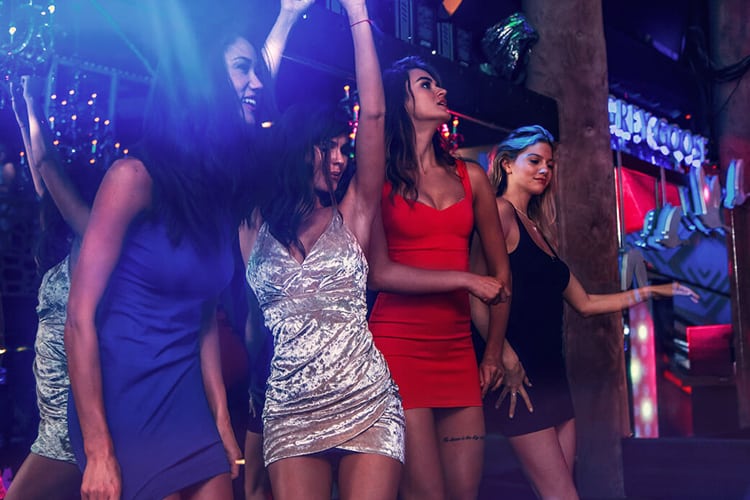 Good thing you dressed up a bit for dinner, because the young crowd at Club Brava, located just behind Isla Verde Beach, won’t be in Bermudas and flip-flops, either. If you haven’t already, take a look at some of the essentials you’ll need to pack for a bachelor party. Trust us, you don’t want anyone in the group to be left at the door out in the, well it never really gets cold in Puerto Rico. They’ll be fine. 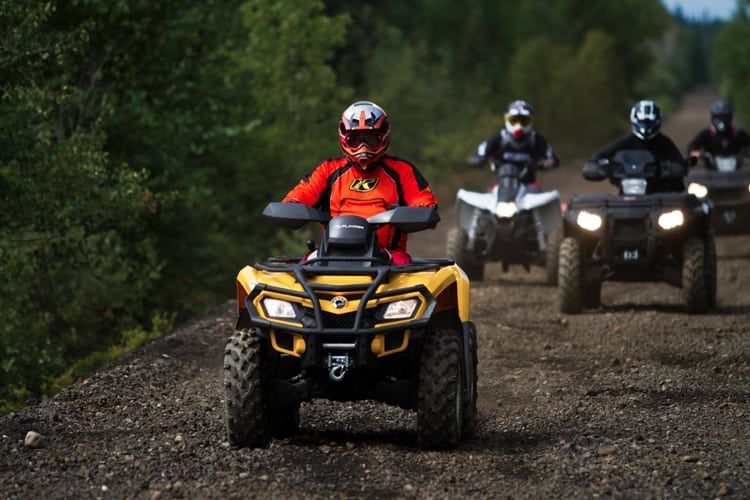 Time to get out of the city and see another side of the island from behind the wheel of an ATV. Go to Hacienda Carabali Rio Grande via Uber, or have them pick you up (it’s 40 minutes from the hotel) for a two-hour tour on the outskirts of Yunque rainforest. You’ll get muddy, but that’s the point. And the ocean is waiting for you back in San Juan to clean you off. 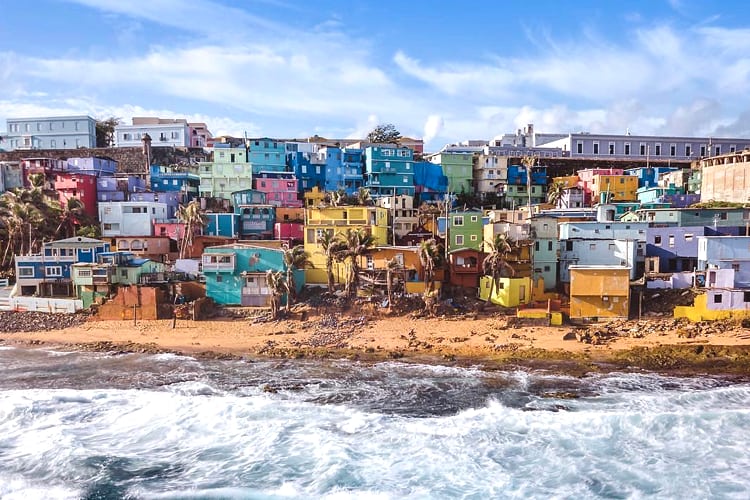 It’s completely understandable if you got sick of hearing Daddy Yankee’s runaway 2017 hit, “Despacito,” last summer. But no trip to San Juan is complete without a stroll through the old seaside neighborhood made famous by the song’s video. Walk down the colorful streets, soak up some local color, and conserve some energy for the long night ahead.

You’ll likely hear the Dona Caridad brenes y Cepeda Academy before you see it next to the governor’s mansion. In one afternoon, learn the basics of Afro-Caribbean percussion and go a little deeper into the local musical heritage. You can also take dance lessons, which you can totally bust out at the wedding (if you dare). After you’re done beating some drums, make music to the ears of your significant other by picking up the phone for a quick call. Trust us on this one!

Take one last walk through Candado on your way to Yerba Buena a super-chill Cuban restaurant and bar with outdoor seating and the best mojito on Ashford. Since you’re relatively sober (and possibly a bit hungover) this is the perfect time to give your significant other a quick call. And yes, there is a method to this madness.

La Placita de Santurce is a strip of bars and clubs that can feel like a local bloc party — lots of live music, dancing, and good, cheap drinks. You may find it hard to peel yourself away, but your last stop in San Juan beckons…

Take an Uber to District, on any given night the best strip club in San Juan. By midnight, the floor should be packed with dancers to suit every taste, and the vibe is friendly and fun in the large and airy space, better-lit than most strip clubs. Order a hookah and settle in for a long night of tossing singles and making new friends. Just make sure to set an alarm for your early morning flight.

Lucky for you Luis Muñoz Marín International Airport is a mere five miles from your hotel. Pending traffic, count on a 15 minute ride. So that was 72 Hours  spent mainly in San Juan. Don’t forget there’s a lot more to see on the island (hello Rincon!) If you or your crew need any further helping planning this adventure, point your eyes in this direction.